Home South Africa Frans Malherbe: First Test against All Blacks in Nelspruit will be ‘special’ 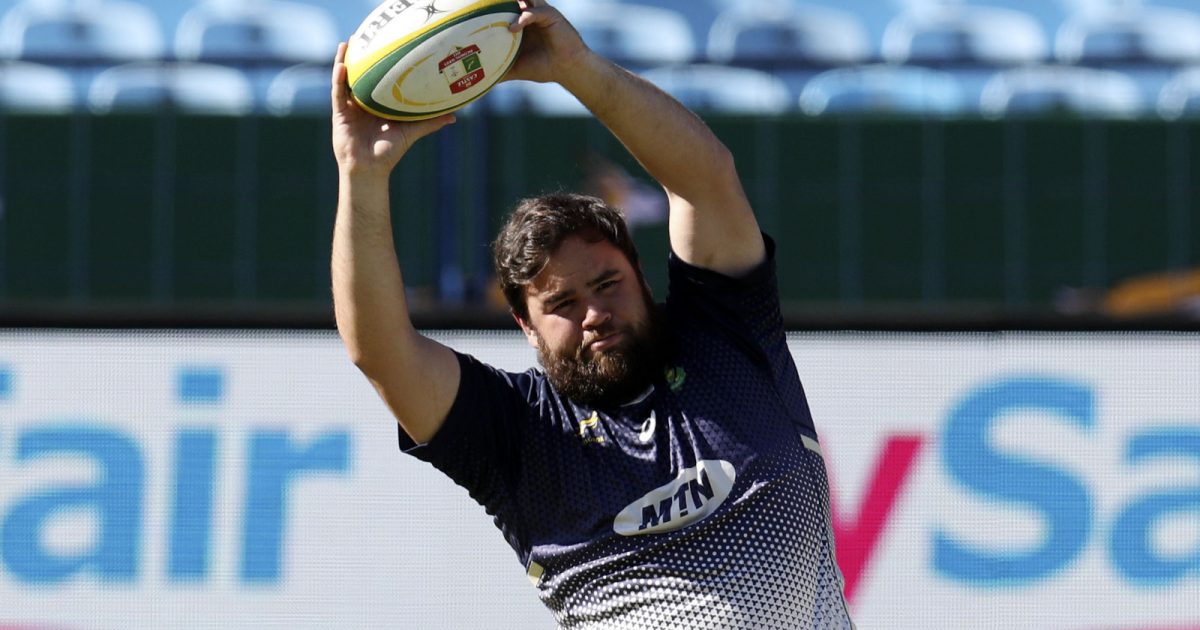 The Springboks and All Blacks will face off for the first time in Nelspruit’s Mbombela Stadium for the first of two Tests on South African soil this year.

Only three Test matches have been played at the stadium built for the 2010 FIFA World Cup, a venue which has never witness a Springboks  defeat.

Star Bok front-row Frans Malherbe believes it is “special” to play at venues that do not get as many Test matches and expects the supporters to be out in their numbers.

“Playing at places like Nelspruit or Port Elizabeth, which does not get a lot of Tests, is always special,” he said.

“The supporters always come out in full numbers and we love to see that.”

Malherbe values any home game in South Africa and believes the field is in good condition despite not having been there for an extended period.

“For us, it is in South Africa and it is a home game, which is special,” he added.

“We haven’t played on the turf in a while, and the last time I played there was during the Currie Cup [for Western Province against Pumas] and of what I can remember the pitch itself was in good condition.

“I have not been there last week, but do think it’s good.”

The monstrous prop is also under no illusion of the challenge the All Blacks bring, irrespective of their poor run of form. Malherbe underlined that the Springboks pack cannot afford to “underestimate their rivals”.

“The All Blacks always have a good scrum, and if we underestimate them we will be in big trouble,” he said.

“Their scrum is still proper and I don’t think it has any shortcomings or anything that’s missing.”

Losing the two Tests to Ireland makes the All Blacks more “dangerous” in Malherbe’s eyes and says the focus in the Springbok camp is on executing their gameplan as well as possible.

“They are always a formidable side and after losing two Tests against Ireland, they will be desperate to bounce back,” he said.

“They will be very dangerous now.

“That said, our focus is on our game and to ensure that we constantly improve in the execution of our game plan.”

READ MORE: All Blacks: Rieko Ioane admits Tests in South Africa are some of the ‘toughest’ he has encountered