Home News Frank Lomani to start at nine for Rebels 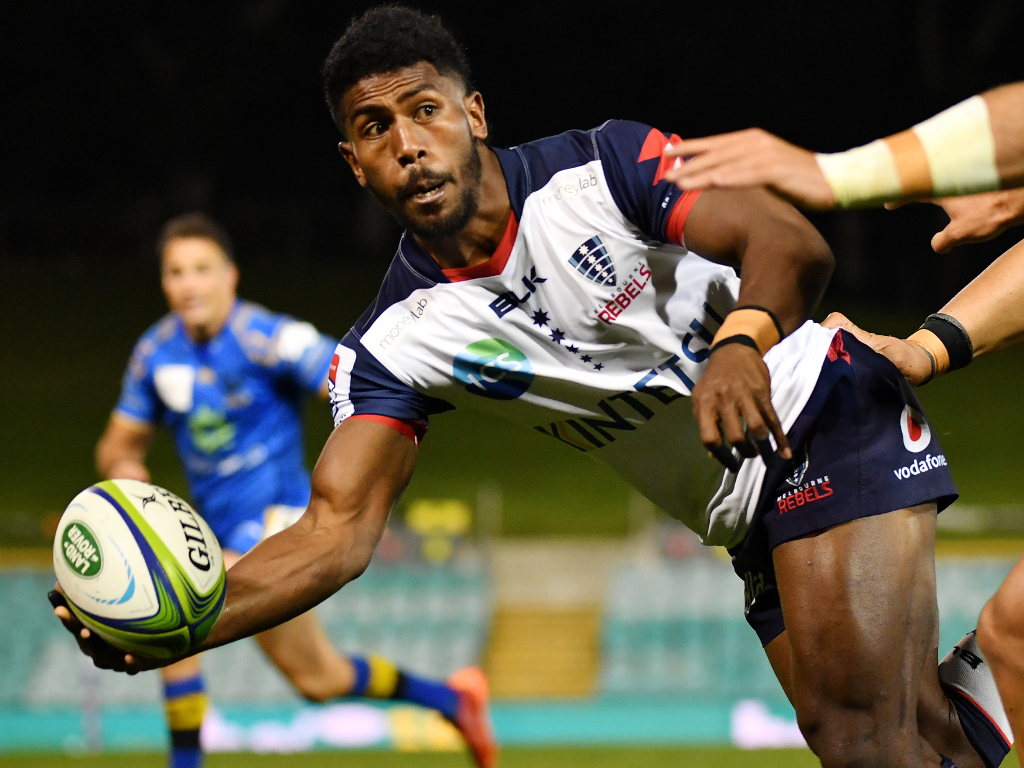 Fiji international Frank Lomani will start at scrum-half for the Rebels in Friday’s Super Rugby AU encounter with the Brumbies in Melbourne.

Lomani comes into the run-on side as a replacement for Ryan Louwrens, whose season is over after he underwent surgery on a torn bicep injury sustained in last weekend’s win against the Force.

That opens the door for the return of James Tuttle, who will emerge from the Super Rugby wilderness after Rebels coach Dave Wessels named him amongst the replacements.

It has been 845 days since the scrum-half last played Super Rugby, following back-to-back ruptured Achilles injuries saw him sidelined.

“It’s a great moment for Bobby (Tuttle) – the team were really chuffed to see him in there; he got a standing ovation when he was named and also for the medical staff and the athletic performance staff who’ve worked incredibly hard over a long period of time to get him ready,” explained Wessels.

“Bobby is a real team man and has got just real leadership and I think everyone’s just really pleased for him that he’s back in the mix and this is his opportunity now to play some rugby and cement his place in the team.”

In other backline changes, a midfield combination of Andrew Deegan, Matt Toomua and the returning Campbell Magnay will have their first outing together.

Up front, Matt Philip forces his way back into the pack, partnering with tearaway lock Trevor Hosea.

The back-row also takes on a different look, with last week’s try-scoring hero Isi Naisarani sharing the load alongside a recalled Josh Kemeny and Brad Wilkin.

Your Round 6️⃣ fixture ‼️ Who are you backing ⁉️ 🤔

Wilkin, like Tuttle, has enjoyed his own injury comeback, returning to the bench last week against the Force in what was his first game of rugby following an ACL recovery.

“Brad’s probably the same – he’s had also a number of significant injuries, but I thought he played really well when he came on and has probably a similar personality to Bobby – he has real leadership potential,” said Wessels.

“We don’t want to put too much pressure on Wilko – he’s a big part of our team going forward and I think some exposure to big minutes now is important, particularly as we start to get towards the finals.

“What we don’t want to do is get there and then you’re suddenly playing guys who’ve never had a run or exposure, so we’re trying to balance exposures and performances as we go.”

As the Rebels aim to make a breakthrough finals appearance this campaign, Wessels took a moment to recognise the challenges facing may of the players friends, families and fans back in Victoria.

“We got together as a team before training yesterday and recorded a video message for everybody back home.”

“I was just talking to my wife the last couple of days and she talked about how eerie the city is and I think everyone’s doing it pretty tough over there.

“We definitely feel a responsibility to put out a good performance and make those people proud of us and we’re very grateful – we had a huge number of messages from people back home and that really means a lot to the boys.

“We’re pretty motivated to make them proud and to go well.”