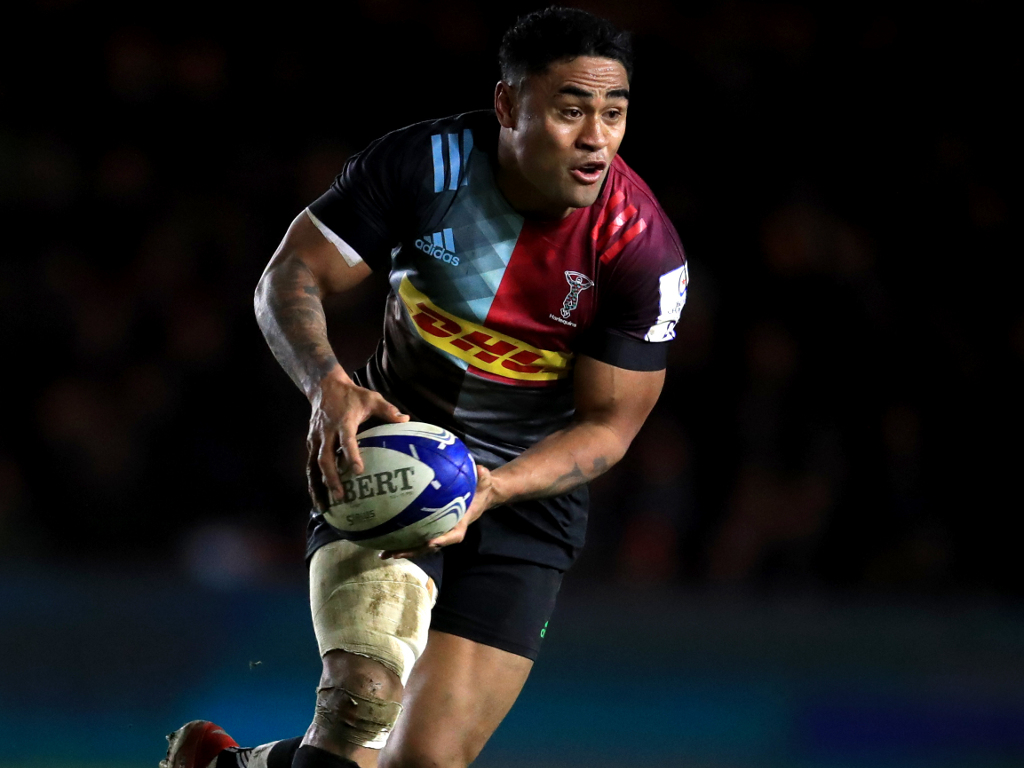 Harlequins have announced that powerful centre Francis Saili will leave the club at the end of the season to join Pro D2 side Biarritz.

Saili, 29, joined Quins from PRO14 outfit Munster ahead of the 2017/18 season, going on to make 34 appearances and claim two tries during his time at the Stoop.

Speaking following confirmation of his move, Saili said: “I’d like to confirm my time with Harlequins after three seasons will be coming to an end. It has been an honour playing for such a prestigious club, and alongside some great lads.

“Unfortunately, my time with the club didn’t plan out as I desired due to a series of injuries. However, the times I was given in the Quarters, I gave it my all.

“Quins will always hold a special place in my heart during my career. I have made some friendships here that I know I will cherish for life.

“My family and I would like to thank all the staff and fans at Harlequins for their support during our time with the club.”

Harlequins head of rugby Paul Gustard said: “We wish Francis and his young family all the very best in the next chapter of their rugby journey.

“Francis has had a frustrating time with injury in his three seasons at the club, limiting his opportunity and appearances in the famous Quarters.

“On a personal level I am pleased Francis has managed to find an opportunity to show everyone how good a player he can be. He is a very personable and energetic person who is well liked amongst the players and support staff. I only wish good things for him and his family in the future.

“We feel well catered for in the centres with the breakthrough of big Paul Lasike, and the return of James Lang, Ben Tapuai and Joe Marchant after season-long absences; which, allied to the significant talent of young Luke Northmore and the signing of superstar Springbok Andre Esterhuizen, the centres will once again be a hotly contested position with the potential of tantalising and very exciting combinations available to the coaches.

“We see the future as very bright with the group we have and anticipate them having the skill to unleash the explosive pace we have in the back three with the likes of Gabs [Gabriel Ibitoye], Cadan [Murley], Aaron [Morris] and Ross [Chisholm].

“With Nathan Earle now fully fit and Mike Brown returning from his season-long injury to complement the try-scoring prowess and incredible ability of new signing Chris Ashton, there is plenty of fire power there to cause some real concerns for opposition defences and get our fans licking their lips in anticipation for some exciting rugby at The Stoop.”