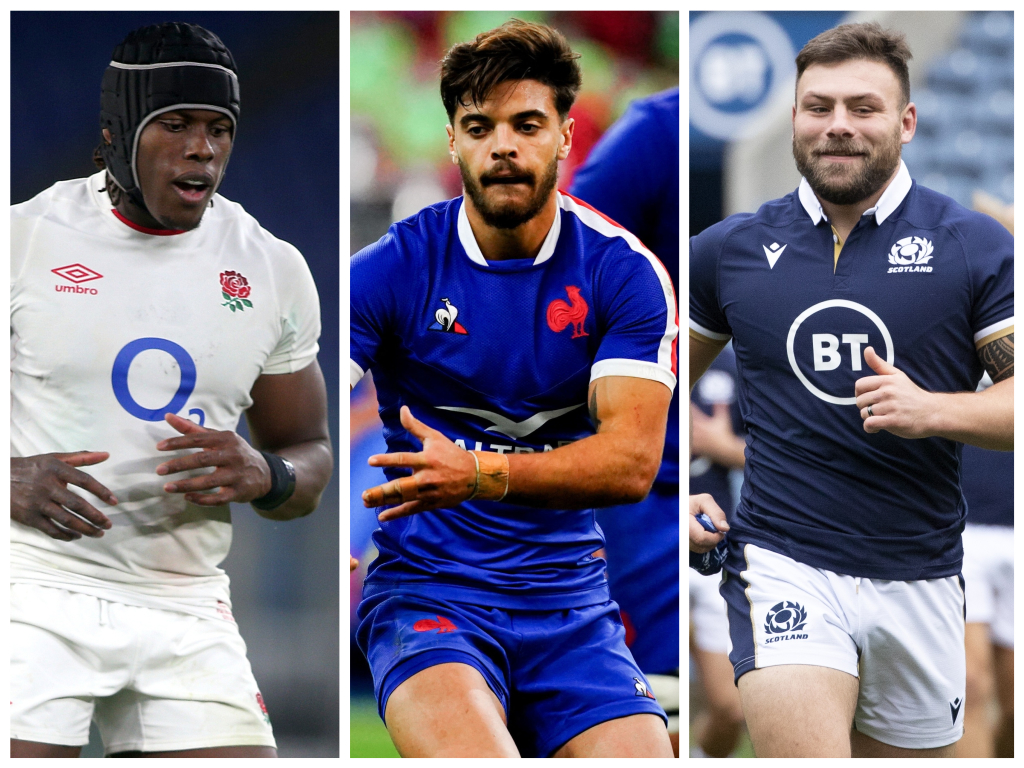 Now the dusted has finally settled on another Six Nations championship, we sit down to select our Team of the Tournament from all the games played.

Winners England are rewarded with five individuals in the XV, but it is France who particularly caught the eye this year. Although Les Bleus just missed out on the title, they played some outstanding rugby and are represented by seven players as a result. Make sure to leave your opinion and own line-up in our comments section.

Six Nations Team of the Tournament

15 Anthony Bouthier (France): It wasn’t that long ago that the France full-back was playing in the lower reaches of the domestic game, but his rise has been meteoric. After impressing in their Six Nations opener against England, Bouthier has cemented his place in the side after a series of fine displays, fending off the challenge of the exceptional Toulouse player Thomas Ramos. The 28-year-old has a booming boot, distributes well out of hand and has plenty of pace, and that all-court game sees him take his place in the XV.

14 Jonny May (England): Has elevated himself to world-class level over the past couple of seasons and enjoyed another fine tournament for the Red Rose. The wing scored two stunning individual tries against France, which proved crucial as that bonus-point garnered in Paris saw them just edge Les Bleus for the title. He then handled the stormy conditions in Murrayfield brilliantly before producing solid shifts against Ireland, Wales and Italy.

13 Nick Tompkins (Wales): Having been dropped for the Scotland encounter, it is easy to forget that the Dragons loanee had enjoyed a fine Six Nations prior to the tournament’s suspension. Following a try on debut against Italy, Tompkins was excellent against France before standing out at Twickenham, causing the country of his birth a number of problems throughout the 80 minutes. It was a dire competition for Wales but the Saracens player is one that could hold his head high.

12 Bundee Aki (Ireland): Although England’s Owen Farrell led the Red Rose to the title, primarily from the inside centre position, it was a pretty quiet five games from the 29-year-old. Instead, the consistency of Aki sees him take the position. It was a frustrating tournament for Andy Farrell’s men, but the Connacht centre was excellent as his power consistently got his team on the front foot, while he was also impressive in defence.

11 Gael Fickou (France): We had to get this Frenchman in somewhere having stood out at both centre and on the wing. We’ve therefore put him in the back three where he played three of his matches as Les Bleus came so close to winning their first title since 2010. Fickou is an intelligent player that has an exceptional all-round skill set, but he is particularly wonderful to watch when in full flight. That was in evidence in France’s first try against Ireland as he sprinted down the wing and sent Antoine Dupont over the whitewash.

Give France an inch, and they'll take a mile… What a score from Antoine Dupont#FRAvIRE #GuinnessSixNations pic.twitter.com/m2B9ao7D9Q

10 Romain Ntamack (France): One half of an exceptional pairing in the playmaking positions, the French have finally found an answer to their fly-half problems. Ntamack has all the flair associated with individuals that have donned the 10 shirt in years gone by, but he also has the control. No doubt, there is still plenty of development left – their loss to Scotland in March gave him plenty to think about – but he has settled in remarkably well to Test rugby. The pivot is still only 21 and, injury depending, will surely make a huge mark at the highest level over the next decade.

9 Antoine Dupont (France): Surely the best scrum-half in the world at the moment – even if Aaron Smith continues to excel for the All Blacks – having produced a series of stunning performances in the Six Nations. Dupont has an innate understanding of the game and consistently makes the right decisions from the base of the ruck. His kicking is often pinpoint while the Toulouse star also has a sharp pass which keeps France moving forward. However, it is his work around the fringes which takes him up another level as he always keeps the opposition defences guessing.

8 Gregory Alldritt (France): The La Rochelle stalwart has cemented his place in Les Bleus’ run-on side as he was one of his country’s standout players during an impressive campaign. The 23-year-old possesses a good skill-set and proved to be the ideal ink between his team’s forwards and backs. Alldritt shone as a ball carrier but also made his mark on defence and put his body on the line in both departments throughout the tournament.

7 Charles Ollivon (France): Wales tearaway Justin Tipuric can consider himself unlucky as he was arguably his country’s best player during the tournament but because we’ve opted for a blindside flanker, as it is the way France number their jerseys, there was only one option really and that is Les Bleus’ skipper Ollivon, who led by example throughout. Tough as nails, the Toulon man hit the ground running with a brace of tries in the win over England in Round One and continued to maintain his high standards during the rest of the competition.

6 Tom Curry (England): Although he can play in any position in the back-row, Curry is primarily an openside flanker so with Ollivon already occupying the blindside position, the Sale Shark gets the nod to pack down on the other side of the scrum. A constant menace at the breakdowns, Curry also illustrated his worth with ball in hand, as he regularly gained ground when on attack, but also showed that he is adept on defence with several bone-crunching hits which usually broke up his opponents’ attacks. Scotland’s Jamie Ritchie also caught the eye.

The moment that mattered

5 Paul Willemse (France): Ireland’s James Ryan just misses out but we couldn’t ignore the claims of the former South Africa U20 representative whose presence in Les Bleus’ pack brought extra physicality to their approach and he blossomed in the enforcer role during an impressive campaign from Fabien Galthie’s side. Willemse impressed as a ball carrier, especially at close quarters, but also stood up well in defence where his ability to knock his opponents back in the tackle helped France at crucial moments.

4 Maro Itoje (England): Although Bernard le Roux of France had his moments, Itoje continued to set the standard for second-rowers throughout the world. The 26-year-old’s brilliant all-round skills sets him apart from his peers and he was, once again, amongst England’s leading players during their victorious campaign. As usual, he shone in the lineouts but also caught the eye with his work at the breakdowns and as a ball carrier while he was solid when executing his defensive duties.

3 Kyle Sinckler (England): Zander Fagerson of Scotland and Ireland’s Tadhg Furlong shone at various stages but neither were as consistent as Sinckler, who played at a very high standard on a consistent basis throughout England’s triumphant campaign. Impressed in the execution of his core duties, especially his scrummaging which was of a high quality but also put his body on the line when defending his line. His explosive power on attack has also been impressive while his ball skills also showed signs of improvement.

2 Jamie George (England): The Saracens man started in all five of England’s matches and justified the faith shown in him by Eddie Jones by coming to the fore with solid performances on each occasion. Throughout the tournament, George impressed with accuracy in his lineout throw-ins, made an impact as a ball carrier but also caught the eye with strong scrummaging and excellent defence especially on the fringes of the rucks and mauls.

1 Rory Sutherland (Scotland): England’s Ellis Genge had some good moments but we’ve opted for Sutherland who was one of Scotland’s best performers in the competition. The Scots’ scrummaging impressed throughout the tournament and Sutherland was at the forefront of that effort with several dominant displays in the set-piece. The rest of his core duties were also of a high standard and he will be determined to maintain his high standards during the upcoming Autumn Nations Cup.