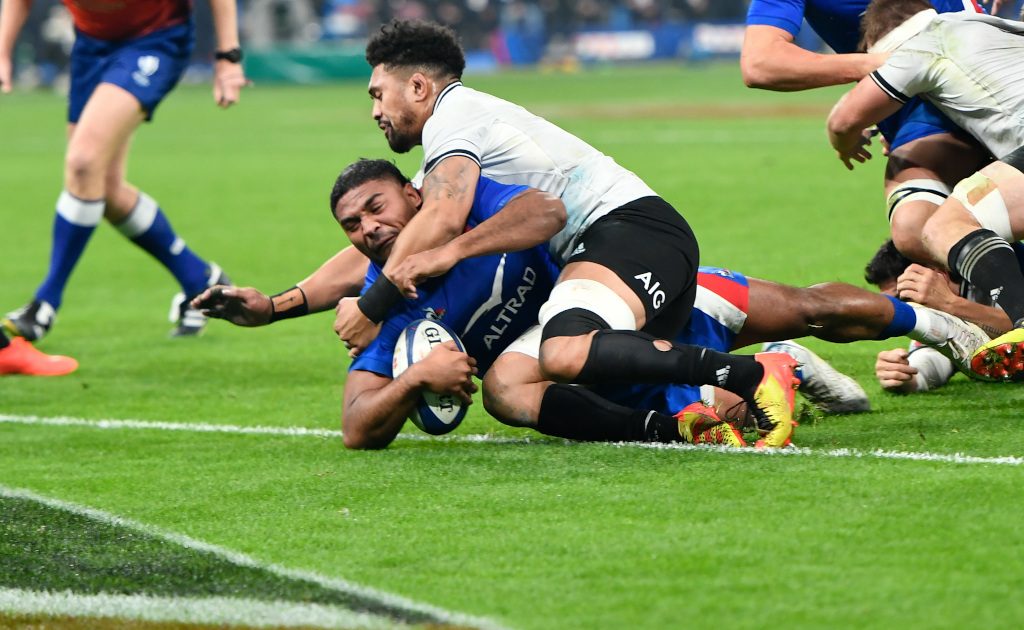 New Zealand suffered back-to-back defeats in the Autumn Nations Series as they were beaten 40-25 by a superb France side in Paris on Saturday.

The All Blacks, who were seeking an immediate response to last week’s 29-20 defeat to Ireland, trailed 24-6 at half-time as a clinical French side took complete control at the Stade de France.

However, three tries in 12 minutes after the interval – from Jordie Barrett, Rieko Ioane and Ardie Savea – saw New Zealand close to within two points of their hosts at 27-25, as well as becoming the first team in Test match history to score 100 tries in a single season.

At that point French hopes of a first win over the three-time Rugby World Cup winners since 2009 looked to be fading fast, but an incident in the 63rd minute saw the pendulum swing back their way.

Savea was sin-binned to reduce New Zealand to 14 men and France took full advantage with Melvyn Jaminet slotting over the resulting penalty before Damian Penaud broke away for an interception try.

At 37-25 down, there was no way back for New Zealand and France, who had seen Peato Mauvaka score twice either side of Romain Ntamack’s try in a dominant first-half display, wrapped up a memorable win with Jaminet’s late penalty.