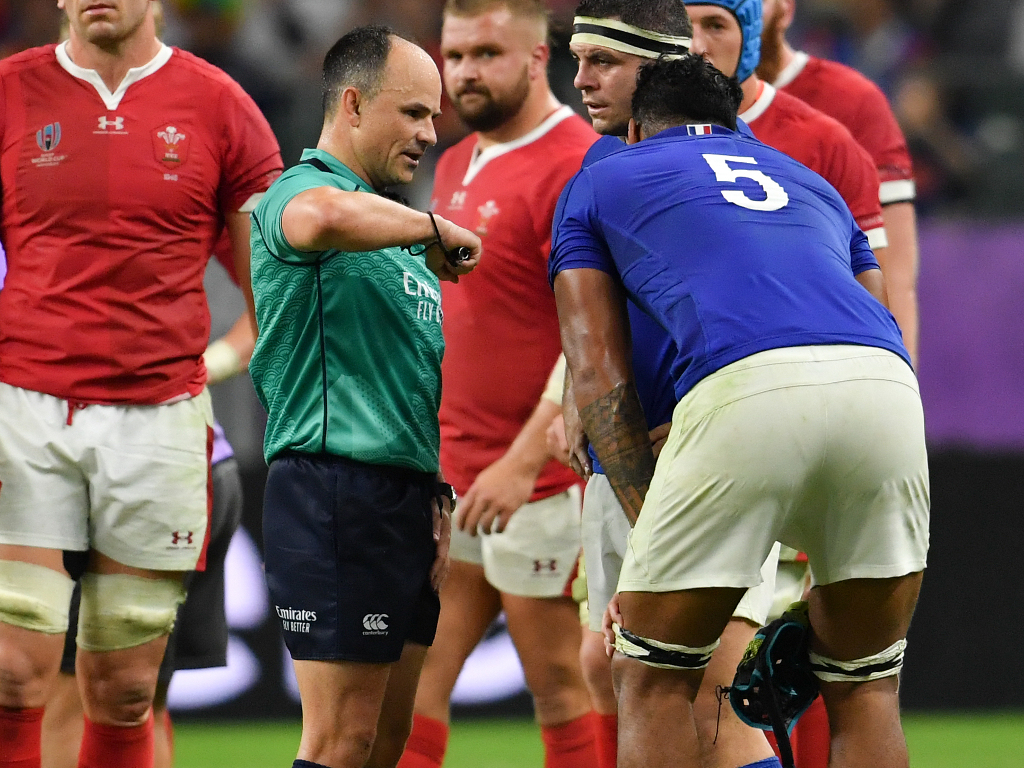 France have called for an investigation into a photograph of referee Jaco Peyper in which he makes fun of Sebastien Vahaamahina’s sending off.

In full view of Oita Stadium, the Clermont lock struck Wainwright on the jaw while France staged an attacking maul, leaving Peyper to make one of the easier decisions of his career.

But the match official has now invited controversy on to himself after a picture emerged on social media showing him posing with Welsh fans and playfully landing an elbow on to the head of one.

“This photo if it is true is shocking and explanations will be necessary,” French Rugby Federation vice president Dr Serge Simon said on Twitter.

The 28-year-old forward, scorer of his side’s opening try, spent the rest of the game sat on the bench with his hands on his head.

“The officials dealt with it appropriately. I don’t think anyone could complain about that. The right decision was made,” Gatland said.

“Rugby is heat of the moment stuff and he made an error of judgement. When you have got a lot of testosterone involved in some pretty high intensity games, that will sometimes happen. He’s made a poor decision.”

Brunel agreed that Vahaamahina deserved to be dismissed.

“The red card I don’t contest – when you see the images it’s very clear. He did have contact with the face so we can’t deny that,” Brunel said.

“Of course it changed the game. When you’re playing half the match with 14 men it’s difficult.”

World Rugby announced that Vahaamahina will face a disciplinary hearing on Thursday following his dismissal.

He will appear before an independent judicial committee chaired by England’s Mike Hamlin.