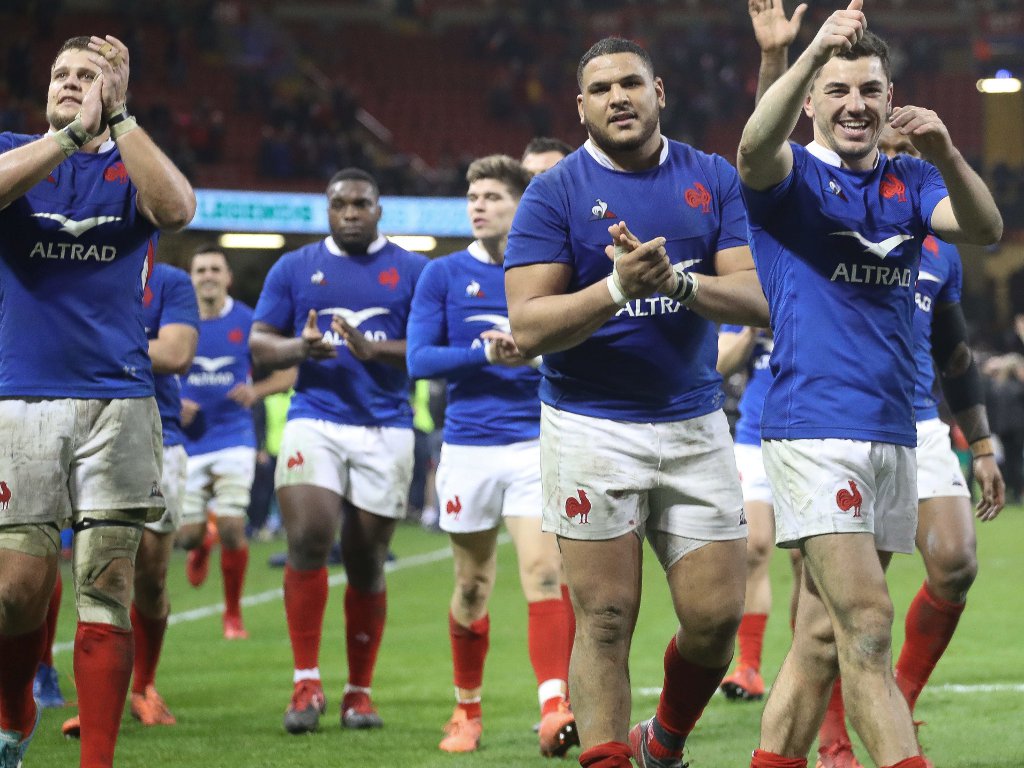 France have moved up to fifth in the world rankings, their highest position for nearly six years, following their 27-23 victory over Wales in Cardiff.

Having won their first Six Nations match in Cardiff for a decade, France are now up to fifth in the World Rugby rankings, a position they last held in March 2014.

Inspired by four of their World Rugby U20 Championship-winning side with man-of-the-match Romain Ntamack to the fore, Les Bleus ran in three tries to Wales’ two in a pulsating match under the roof of the Principality Stadium.

Fly-half Ntamack delivered the decisive blow when, with his side leading by a single point at 17-16, he intercepted Nick Tompkins’ pass to race clear and score in the 52nd minute. It was a deflating moment for the Welsh who had worked tirelessly to stay in the game despite conceding first-half tries to Anthony Bouthier and Paul Willemse.

Close-range tries from Dillon Lewis and Dan Biggar topped and tailed the second half, following three penalties from Biggar in the first 40, but there was no stopping France recording a third straight win of the Championship.

With a fraction under one-and-a-half points on offer for the victory, France improve their overall rating to 83.86 points with Wales dropping to sixth as a result.

🇫🇷 France march on with gutsy 27-23 victory over Wales. #WALvFRA

Meanwhile, England and Ireland stay in third and fourth place respectively but there is now a 3.34-point gap between the two following a 24-12 victory for the home side at Twickenham.

Leading 17-0 at half-time, thanks to tries from Elliot Daly and George Ford, England had too much in reserve for the Irish who put in an improved second-half display.

They struck back through Robbie Henshaw but Luke Cowan-Dickie’s try from a well-worked lineout drive meant Andrew Porter’s try had no bearing on the result, other than to deny England the benefits of a win by more than 15 points in the rankings.

Scotland came through a tough test in Rome to beat Italy 17-0 and move above Japan and into eighth place and the second band of seedings for the RWC 2023 draw.

Inspired by captain Stuart Hogg’s fine solo score in the first half, Scotland turned the screw in the second period and added further tries through Chris Harris and Adam Hastings.

Italy drop below Tonga into 14th as a result of their 25th consecutive defeat in the Six Nations.