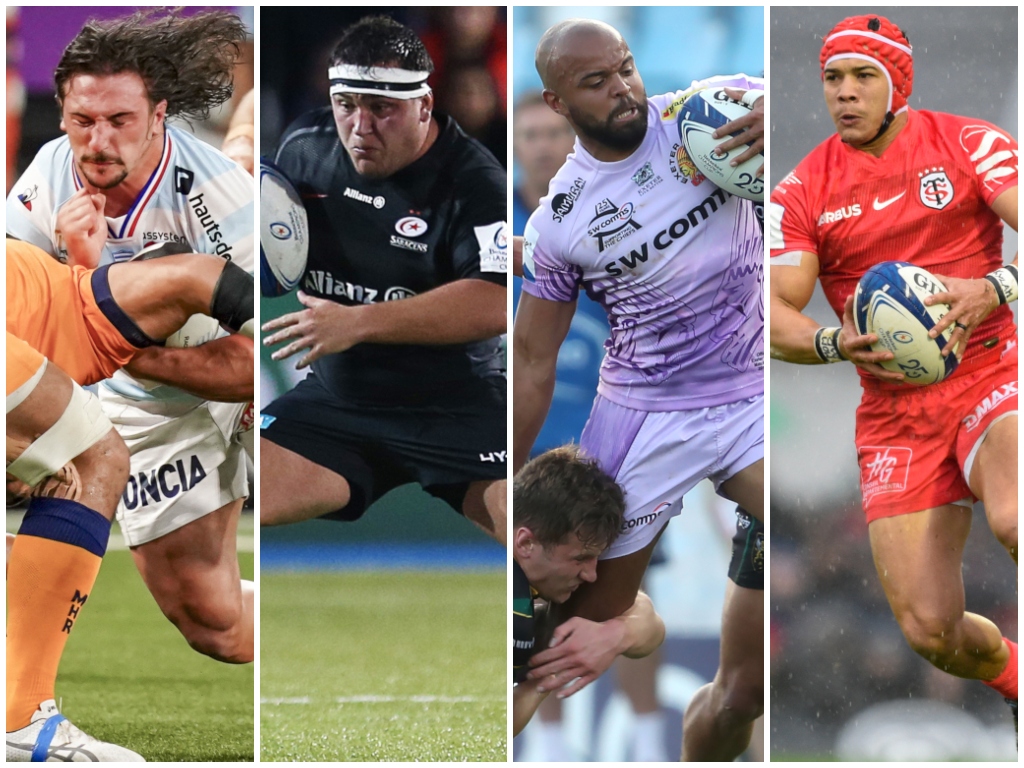 Ahead of the Champions Cup semi-finals, Planet Rugby features writer James While highlights the stories we should keep an eye on this weekend.

When fit, there’s no harder man in domestic rugby than he towering Saracens flanker Michael Rhodes. If there’s a player that defines playing on the edge, it’s the big man from KwaZulu Natal. He is a monster in close quarter battles, a lineout banker and a guy that simply intimidates any hapless attacker that wanders aimlessly within his reach.

A reputation for cheap shots follows Rhodes, and the collective Saracens hearts would have been beating hard as their back-row was cited for a headbutt on Robbie Henshaw this past week. Nevertheless, video evidence proved inconclusive and the flanker is able to resume his role on the blindside this weekend.

This is a massive lift for Sarries. No player works harder, provides such peerlessly clean ball from the lineout and no jumper pressures the opposition throw quite like Rhodes.

If there’s any weakness in his game, his ageing legs tend to struggle on wet, energy sapping grounds when the ball is on the muddy floor, a place where his notorious back issues and height makes him difficult to be effective. But on the indoor pitch at La Défense, the world’s finest sporting shopping centre, the conditions are perfect for the former Stormer to dominate – both in collision and in aerial combat.

His personal battle with French international flank Wenceslas Lauret for Racing 92 is one that may very well define the game and, given the form of Rhodes, we’re backing him to put in a definitive performance to take Sarries to the final.

With the Top 14 starting from scratch three weeks ago and with Saracens already relegated, Exeter Chiefs find themselves in a different place to the other teams competing this weekend. They are stretched to their playing squad limits by the simple fact they’re fighting a battle on two fronts – the Premiership title and the Champions Cup.

Chiefs TV – We speak with @ExeterChiefs DoR Rob Baxter, before his side take on Toulouse in their Heineken Champions Cup Semi-Final at Sandy Park on Saturday. pic.twitter.com/eoweMfIvTW

Yes, their squad has immense strength in depth, as evidenced by what was effectively their reserve team putting Saints to the sword in the league, but a week later, that same squad saw Sarries destroy them by 40 points at Allianz Park.

Of course, the Chiefs will be at full power for Saturday, with all of their stars on view, but there’s a sneaking suspicion that the miles recently put on the clock of some of their players may just add a layer of fatigue that isn’t present within the other teams. Toulouse are always combative and they, like Exeter, favour massive, energy sapping phases of forward power on the gain line. Whilst the minds may be willing, we feel that the freshness of the Frenchmen may just prove telling in the final analysis and it might be one bridge too far for this Exeter outfit.

Jamie George and his props enjoyed an absolute field day in Dublin, crucifying the Leinster scrum, winning three against the head and profiting from nine penalties conceded by the pressure they applied on Sean Cronin and Andrew Porter. It was a strong response from George, who has some serious question marks over his scrummaging after the toasting England received in the World Cup final, and he seemed to answer his critics emphatically last weekend. But on Saturday, he comes up against one of the meanest and most powerful hookers in world rugby in the shape of Racing 92’s Camille Chat, a monster of a man at 119kgs and 1.78m.

It really is the classic battle of brains versus brawn, as George, the ultimate hooker in thoughtful running lines and clever distribution, meets the route one power of the uncompromising Chat. The Frenchman is said to be an incredible scrummager, able to get down to paper-low positions, putting immense force on his opponent with his powerful neck muscles and sloping shoulders.

George will want to continue his scrummaging form and Saracens are at their best when their star hooker is roaming around the pitch like a second openside, but in Chat, he’s up against the best in the business and whoever comes out on top is likely to inform greatly their team’s result.

Yes, the sensational feet, but that handoff is just ridiculous 😱

Tom O’Flaherty isn’t one of the big names at Exeter. Uncapped, the Exeter wing flies under the radar of many, yet puts in consistent performances within Rob Baxter’s team structure. But this weekend, his role will be the most crucial of all as he comes up against the magician of back play, the peerless Cheslin Kolbe, in a battle that’s probably been keeping O’Flaherty awake with fearful nights this week.

How do you stop Kolbe? It’s a question many have asked, but few have ultimately answered. There’s a feeling his big right step in-field means you try and stay inside him, offering him the touchline, but Owen Farrell tried this and failed in rather dramatic style. Some question his lack of inches in his aerial game, yet his standing jumps on restart shows that few are able to get airborne quite as effectively as the Boks’ star asset.

The simple truth is work him hard, bomb him and follow up, give him no space at all, play and defend right in his face, and cramp him with physical presence, removing the chance for those electric feet to generate the breathtaking pace he so often displays.

O’Flaherty is a physical player and a committed professional; he knows exactly what is expected and he knows what to do. He’ll go toe-to-toe and he’ll leave nothing behind in his attempts to close down Kolbe. But saying this is one thing, doing it is quite another.

One thing is for sure, if he allows the Springbok flyer space and time on the ball, Exeter will lose. O’Flaherty may not be one of the Chiefs’ superstars but on Saturday, he plays the lead role in a battle of mouth-watering proportions.