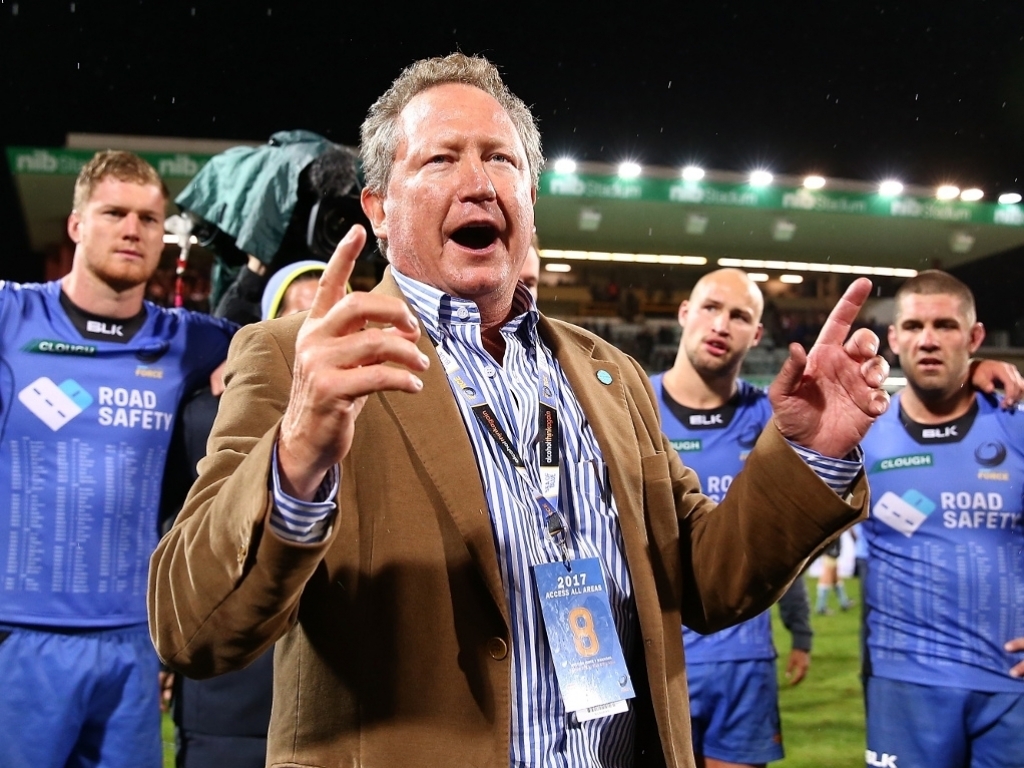 Billionaire mining magnate Andrew Forrest says the Australian Rugby Union's decision to cut the Force from Super Rugby has made him even more determined to save their future in the competition.

The ARU announced the ruling on Friday morning appearing to bring to an end the protracted saga over which Australian team would be cut; the Melbourne Rebels or the Force.

However, Forrest believes the fight is far from over and has called on the ARU to allow the Force a right of appeal.

“This is like dumping the fastest improving athlete or the silver medallist from the Olympic swimming squad and leaving the worst performer in there,” Forrest told Fox Sports.

“It is a ludicrous and unfair legal initiative by the ARU.

“This would only get through litigation and never logic.”

Forrest claimed the Force had one of the strongest grassroots support bases in the country.

“We want leadership from the Australian Rugby Union, not cowardly litigation,” Forrest said.

“But if they want to continue to fight us, we will happily take them on for as long as it takes.”