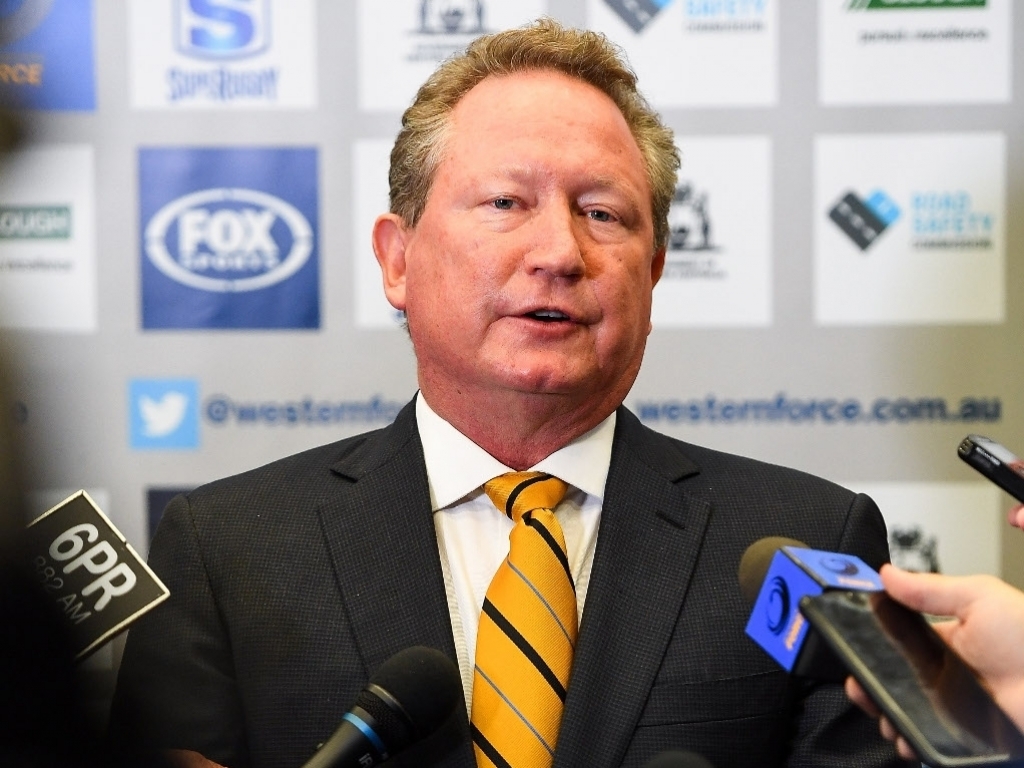 That's easier said than done but Forrest, with billions in his back pocket, will fight fire with fire, vowing to match the big bucks on offer in Europe and Japan in order to bring the big names home.

Speaking on Wednesday at the official announcement of the IPRC, Forrest set his sights on the "130-odd" Australian players currently overseas.

"How long's a piece of string?" Forrest quipped when asked how lucrative the contracts may be.

"I would say that we are prepared to go toe-to-toe for the first time in Australia's rugby history, with anything which can be put on the table for an Australian player from Europe, Japan, or the other destinations where 130-odd Australian Super Rugby standard players are now residing overseas."

"We need to say, 'Hey boys, it's time to come home, there's a home which can offer your family and you the security you want longer-term and that's called the IPRC'."

The competition, which will kick off on August 13, 2018, will feature six teams, with Forrest not wanting to expand any quicker than that, despite interest from 20 countries.

The start date means it won't square off with Super Rugby but it will overlap with Australia's National Rugby Championship (NRC) in 2018.

While that may hinder the NRC next year, Forrest was overwhelmingly positive about the future of the code, eliminating any thought that this competition would be setup to try and inflict pain on the Australian Rugby Union, with the Force cut from Super Rugby in 2018.

"It's to have rugby for every little boy and girl in Australia, for all of those who may have thought that the sport of rugby union was dying.

Forrest also forecast a new scoring system, as well as a range of other elements which aim to make a day at the rugby more like a day at an NFL or college football match.

"It is if you like a happy circle of collaboration but where we may increase the number of points for a try, we may encourage faster, running game, a much more continuous running game, we'll certainly be adding in music, 7-a-side, women's rugby, all throughout the afternoon of IPRC.

"We will be certainly providing on-field entertainment, we will be taking the cues from American college rugby where you'll have a bigger audience turnout than we actually get in the Australian Football League grand final and there can be even more people in the carparks as there are in the stadium.

"It doesn't matter if your team wins or loses, you will have an afternoon which is one to remember, you'll look back on the afternoon and say 'That was a great afternoon' even if your team didn't win."

The ARU released a statement on Wednesday morning, responding to Forrest's launch, after news that ARU chairman Cameron Clyne met with the magnate last week in Perth.

"ARU is involved in collaborative discussions with Andrew Forrest and his Minderoo team and we look forward to continuing these discussions over the coming weeks," Clyne said in a statement.

"We do not wish to comment on the specifics of any proposed new competitions while these discussions are at a preliminary stage.

"ARU remains committed to maintaining a strong Rugby presence in Western Australia and will explore all options in this regard."