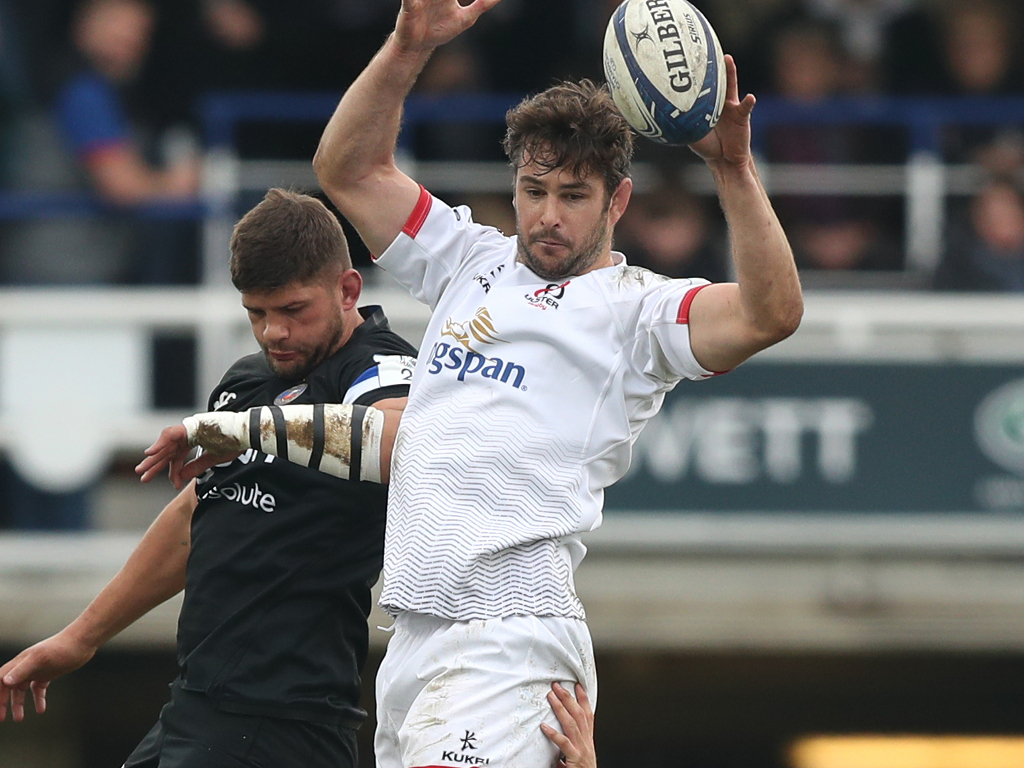 There are three matches scheduled to take place on Saturday and Sunday with Ospreys, Ulster and Edinburgh hosting Glasgow Warriors, Dragons and Connacht respectively.

Former Wales and British & Irish Lions flanker Dan Lydiate will lead Ospreys in this clash against Glasgow Warriors at the Liberty Stadium on Saturday.

Lydiate takes over the captaincy as well as the openside flanker’s position in the absence of regular skipper Justin Tipuric, who is on international duty for Wales against France in Paris.

Ospreys head coach Toby Booth has made several other changes to his run-on side which lost against Ulster a fortnight ago.

Of those alterations, two are in the back-line with Scott Williams and Reuben Morgan-Williams coming in for Owen Watkin and Rhys Webb at outside centre and scrum-half respectively.

In the forwards, James King replaces Morgan Morris at number eight while Bradley Davies takes over from Wales captain Alun Wyn Jones in the second-row. There is a new front-row with Dewi Lake taking over from Sam Parry at hooker while Ma’afu Fia and Rhodri Jones replace Tom Botha and Nicky Smith as the starting props.

Meanwhile, Hamish Bain and TJ Ioane will make their Glasgow Warriors after both players were selected in head coach Danny Wilson’s starting XV for this match.

There are nine changes in total to the side that claimed a 20-7 victory over Scarlets last time out, with Wilson still able to select a matchday 23 containing 16 internationals for the visit to Swansea.

An all-new starting front-row sees Aki Seiuli and D’arcy Rae named as the starting props, packing down either side of Scotland hooker George Turner.

Bain is joined in the second-row by Richie Gray, who became the latest player to reach 50 appearances for the club on his last outing in Glasgow colours.

Ryan Wilson captains the side from the blindside flank, as Tom Gordon continuing at openside in a back-row completed by Samoan international Ioane.

Jamie Dobie is handed his first start of the 2020/21 campaign at scrum-half, with Warriors’ 2019/20 Young Player of the Season partnered with Pete Horne in the half-backs.

There’s a return to action in the midfield for Sam Johnson after his recent injury layoff, the 27-year-old joining Nick Grigg in the centres.

An unchanged back three sees Ratu Tagive and Tommy Seymour start on the wings, with Huw Jones retaining the 15 jersey.

Sean Kennedy is in line to make his first competitive appearance for Glasgow Warriors in over seven years should he come off the bench, the scrum-half’s previous outing for the club having come in February 2013 during a short-term loan spell.

There could also be first appearances of the season for Alex Allan, Grant Stewart and Brandon Thomson, the latter having scored all of Glasgow’s points in their most recent meeting with the Ospreys at Scotstoun in 2019.

Argentina prop Enrique Pieretto and Tongan back-rower Fotu Lokotui are both included in the 23 for the second away fixture in succession, having both been included in the squad that took on Connacht in Galway three weeks ago.

The bench is completed by Niko Matawalu, who has fond memories of his most recent trip to the Liberty Stadium – the Fijian crossed for a hat-trick in November 2018 en route to helping his team claim a bonus-point victory.

🆕 Here is your Glasgow Warriors team to face @ospreys tomorrow evening, brought to you by @MackenzieConstr #WhateverItTakes ⚔️🛡️ pic.twitter.com/MjlLuvmMaY

The Ulster matchday squad has been named for Sunday’s PRO14 Round Three clash versus Dragons at Kingspan Stadium.

Ulster’s coaching team has made six changes to their side that defeated Ospreys at Liberty Stadium a fortnight ago. Sam Carter will lead them from the second-row.

The back-line sees just one change and one positional switch. Rob Lyttle will start at full-back and is joined in the back three by Louis Ludik and Matt Faddes on the wings. Stewart Moore and James Hume retain their centre partnership for this game after an impressive outing against Ospreys two weeks ago. In the half-backs, Ian Madigan and John Cooney have been selected.

There are five changes in the pack, with Eric O’Sullivan and John Andrew named in the starting front-row with Marty Moore retaining the starting tighthead berth. Alan O’Connor will join captain Carter in the second-row. Sean Reidy and Jordi Murphy come in to start at blindside and openside respectively, joining Marcell Coetzee at the base of the pack.

For their opponents, Dragons, dynamic back-row forward Ollie Griffiths will make his first appearance of the season.

Fit-again Griffiths returns to the starting line-up at number eight as director of rugby Dean Ryan makes seven changes to the side that defeated Zebre last time out.

Wing Jared Rosser makes his first start of the league campaign, with Jonah Holmes, who was released by Wales for the fixture, moving to full-back.

The front-row sees three changes as prop Greg Bateman makes his full debut for the region and packs down alongside the experienced Richard Hibbard and Lloyd Fairbrother.

Jack Blain makes his first home start for the club as Edinburgh face Connacht at Murrayfield in the PRO14 this Sunday.

The former Scotland U20 star is named at full-back as Edinburgh make 12 changes for the Conference B clash.

With 17 players unavailable due to injury or international selection, the capital side give an opportunity to several up-and-coming players, with Blain, lock Andrew Davidson and back-row duo Ally Miller and Mesulame Kunavula all named in the starting XV.

The squad selection also sees Scotland internationals Lewis Carmichael and Henry Pyrgos return from injury with both players set to feature for the first time since rugby resumed in August.

A new-look back-three sees Blain – who makes his first appearance since his debut in March 2019 – line up alongside wingers Jamie Farndale and Eroni Sau.

Centre Chris Dean is once again fit and paired with James Johnstone in midfield as half-back duo Nic Groom – who skippers the side – and Jaco van der Walt both keep their place in the team following the defeat to Munster two weeks ago.

A refreshed front-row sees hooker Mike Willemse pack down alongside props Pierre Schoeman and WP Nel – with the latter released from Scotland camp for the encounter.

Lock Carmichael – who makes his first start since facing Cardiff Blues in February – is paired with Davidson in the second-row, while former Fiji 7s star Kunavula anchors a revamped back-row that sees flankers Magnus Bradbury and Miller complete the pack.

Elsewhere, back-row Connor Boyle is named among the replacements and if called upon the Scottish Rugby Academy graduate will make his debut for the club.

Meanwhile, six Connacht players have been handed their first starts of the season for Sunday’s trip to Murrayfield.

International call-ups and a number of injuries have meant there’s a reshuffle of Andy Friend’s side from the opening two games, with two players potentially making their debuts off the replacements bench.

There’s a new-look half-back partnership of Conor Fitzgerald and Caolin Blade, while Tom Daly comes in for his first start of the season alongside Tom Farrell at centre. Sammy Arnold is named on the wing with Alex Wootton and John Porch completing the back three.

In the front-row, there’s a start for Shane Delahunt at hooker with while Jack Aungier and Denis Buckley are the two props. Some long-term injuries in the second-row means Eoghan Masterson comes in to partner Gavin Thornbury, while Abraham Papali’i has been handed his first start of the campaign at number eight. Paul Boyle and captain Jarrad Butler complete the starting team from blindside and openside flanker respectively.

The replacements include scrum-half Colm Reilly and Academy lock Cian Prendergast who would both earn their first Connacht caps if called upon.