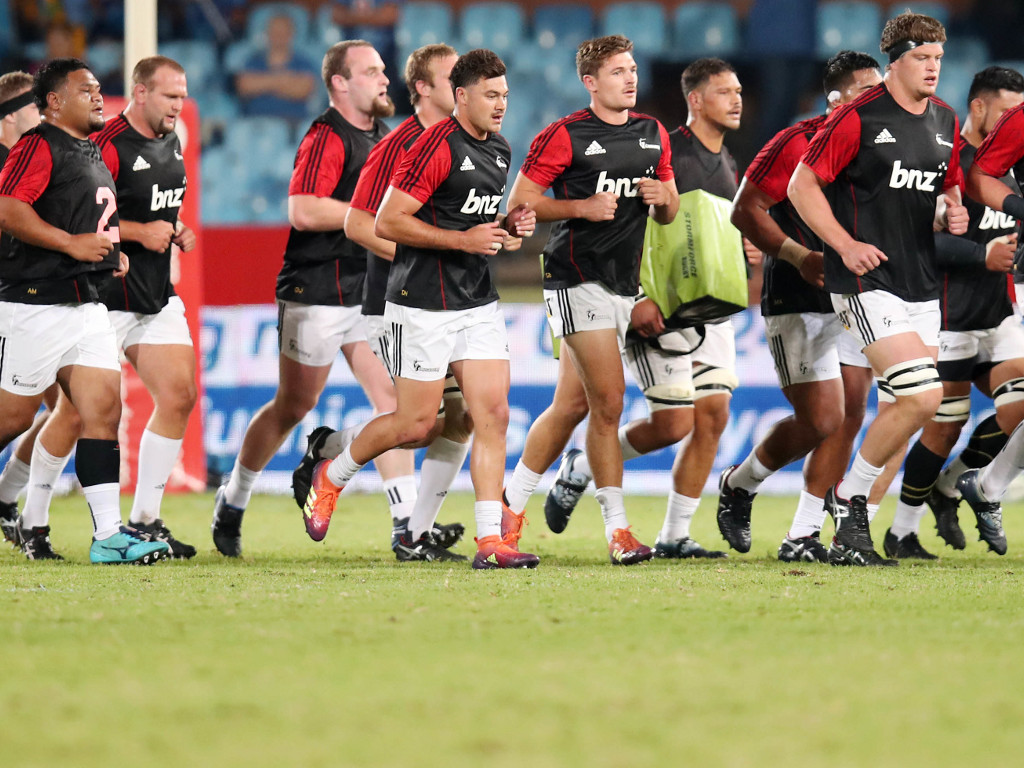 Former Wales wing Mark Jones has been confirmed to join both the Crusaders and Canterbury as an assistant coach for the 2020 and 2021 seasons.

Jones is the fifth coach confirmed for the Crusaders, completing the balance of the coaching group for 2020. He will fill a specialist role assisting with team defence and position-specific player development.

“Mark brings a wealth of skills and experience from his time as both a player and a coach overseas, and he’ll offer a fresh perspective to our group which will be extremely valuable as we build towards our 2020 campaign. It’s great to welcome Mark, his wife and two sons to Christchurch.”

Crusaders head coach Scott Robertson added: “We believe Mark is going to provide a real point of difference to the Crusaders, with his northern hemisphere skill set and extensive game knowledge. I’m confident he’ll connect quickly with our playing group and will be a huge asset over the next two seasons.”

Mark Jones is a former Scarlets winger, who represented the club for 12 years, and was named captain of the side in 2009. He worked his way through the U18, U19 and U20 age-grades for Wales, making his debut for the national side in 2001 and going on to win a Six Nations Grand Slam in 2008. Jones also attended two Rugby World Cups, in 2003 and 2007, retiring from the game in 2010 with 47 international caps to his name.

His transition to coaching followed shortly after the end of his playing career, when he signed on as a skills and attack coach with Scarlets from 2010 to 2015. Jones was attack coach for Wales during their successful 2013 Six Nations Grand Slam, and went on to become head coach of Rotherham Titans and RGC 1404. Most recently, he was with Namibia at the 2019 Rugby World Cup as an attack coach.

For Canterbury Rugby (CRFU) this appointment follows December’s announcement that Reuben Thorne and Mark Brown will lead the Mitre 10 Cup programme as co-coaches. Jones will step into the role of backs coach with Canterbury.

CRFU CEO Tony Smail said: “Mark will play an active role from the beginning of this year in helping to build our 2020 programme, adding value to the community game from the start of the club season, alongside Reuben Thorne and Mark Brown.

“He has an impressive skill set that we believe will complement our new co-coaches, and his vast experience ensures he’ll add value when he oversees the backs in the Mitre 10 Cup.”

Jones said he is grateful for what is a unique opportunity to coach with both the Crusaders and Canterbury sides.

“This is a fantastic opportunity for me to continue my development as a coach, with organisations that are highly regarded worldwide as setting a benchmark in provincial and Super Rugby,” he said.

“It’s a big step for myself and my family to move to New Zealand, but the chance to be involved in the game at grassroots level through to Super Rugby, and work alongside world class coaches and players at Rugby Park, was too good to miss.

“I’m looking forward to contributing my own ideas to these two great organisations.”