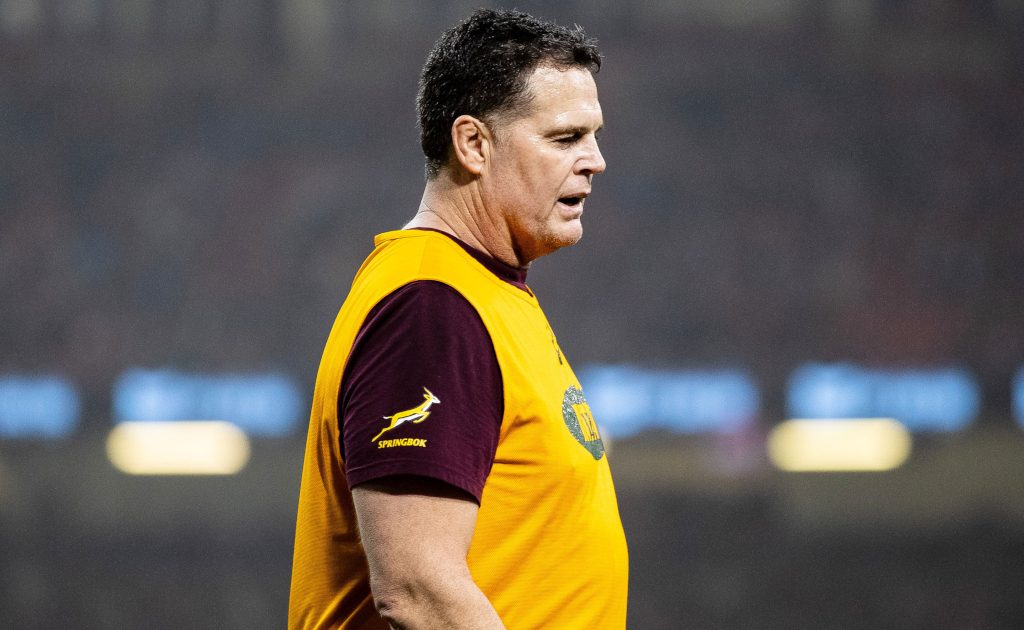 Erasmus was handed a two-month ban after his one hour video rant at referee Nic Berry following the first British and Irish Lions Test.

He is also suspended from match-day activities until October 2022, a decision which has been heavily criticised by South African fans.

Although the charges were brought by World Rugby, the case was overseen by an independent panel and the outcome was finally released last week.

Mallett was critical over the length of time it took to reach a conclusion but was supportive of the outcome.

Didn’t want to slip up

“First of all, it took a tremendous amount of time before this came out and that’s a real disappointment,” Mallett said on SuperSport.

“They didn’t want to slip up on this at all and they wanted to make sure they crossed their Ts and dotted their Is with regard to the report. It’s taken ages, four months I think, before it has come out.

“They have come down very, very heavily on Rassie. If you look at what they were asked to adjudicate on, it’s hard to argue that they were incorrect.”

Mallett believed Erasmus was right in his overall assessment of Berry’s display but that ultimately it was irrelevant in this case due to the way he went about expressing his opinion.

“When you go through his tape, it’s not a question of whether he was correct if Nic Berry had a poor game, which I still believe Nic Berry did have a very poor game,” the former Springbok head coach said.

“That wasn’t what they were allowed to adjudicate on. They had to adjudicate on whether Rassie broke World Rugby laws in terms of the way in which directors of rugby and coaches deal with decisions.

“In South Africa, we have slightly confused the issue. We’ve said that perhaps they should have looked and seen what the mistakes were that Nic Berry made and that should mitigate against what Rassie did. Unfortunately, when you are an affiliate of World Rugby, you have to obey World Rugby’s laws.

“As a rugby player you can say ‘I don’t like the maul therefore I am going to collapse it’ but you are always going to get penalised if you collapse the maul.

“You might not like the law, but you have to play by it. Rassie is a director of rugby and he has to abide by World Rugby laws and he was found that he didn’t. He has been heavily sanctioned for that.”