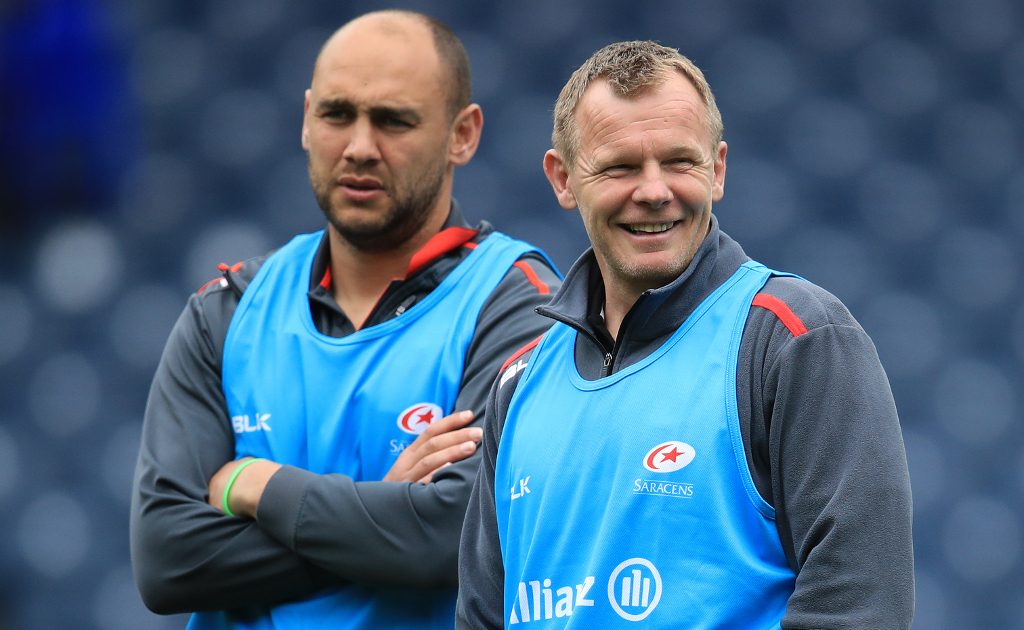 Saracens have announced that 10 integral members of staff at their training ground have committed their long-term futures to the club.

In a hugely significant mark of intent, the coaching team, who have brought enormous success to the club, will be with Saracens for the foreseeable future.

Director of rugby Mark McCall has been at Saracens since 2009 and will now remain at the club for at least a further four years.

During his time in North London, Saracens have won five Premiership titles and three European Cups, as well as bringing through a number of home-grown players into fully fledged internationals.

As we announced recently, Adam Powell has been promoted from his Academy coaching role to become defence coach of the senior squad and has also signed for four years, with Kelly Brown coming back to the club to take up the role of assistant coach.

Head of recruitment Nick Kennedy and head of psychology and personal development David Jones will likewise remain at Saracens for the same period.

Lucy Wray, Saracens CEO, is thrilled to have secured the coaching group for the long-term future at the club.

“At Saracens we talk a lot about family and what that means to us,” she said. “When things got really tough, that family stuck together like never before.

“We believe in the importance of relationships, cohesion and having the best possible people at the helm to help our players get the most out of themselves and develop as great people as well as great players.

“Mark is always the first to give others the limelight, but it should never be underestimated what an outstanding DOR he is and the incredible service he has already given. I could single out every individual mentioned above as to how much they bring and mean to this organisation.

“As we turn a corner and start the next chapter of the Saracens journey, we couldn’t be happier to announce that such key people have committed their long-term loyalty to the club.”

McCall is excited for what is to come as Saracens enter a new chapter.

“Firstly I’d like to thank Lucy and the board for placing their trust in us,” he said.

“This club means a huge amount to us all and to have the opportunity to continue our work is a real privilege.

“I consider myself very fortunate to work alongside a group of people who are so enthusiastic and forward thinking and we are all excited about what the future holds for the club.”