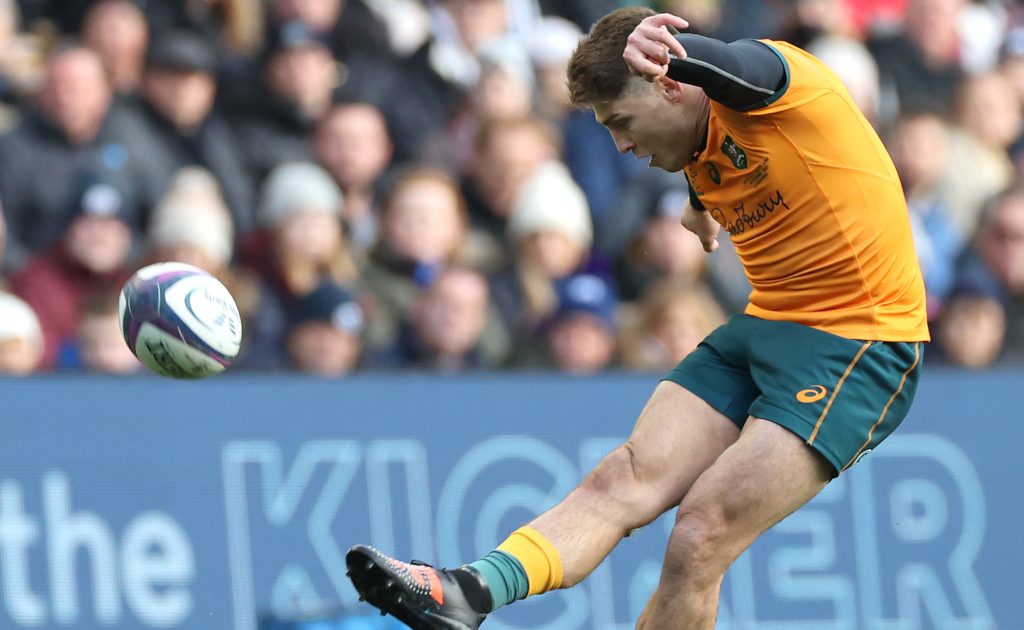 James O’Connor returns to the place where he made his first Australia start at fly-half and hopes they can secure a similar result this weekend.

A decade ago, the then 21-year-old was moved into the pivot position by Robbie Deans and guided them to a 24-18 victory over Wales in Cardiff.

Despite a late rally from the hosts, the Wallabies controlled most of the match as O’Connor settled in nicely to his new role.

A huge buzz in Cardiff

“It was all attack we just we went all out and that was a great experience for me,” the fly-half told reporters.

“I really enjoy playing there. It’s an awesome atmosphere, they bring a lot of people into the city and there’s a huge buzz about it.”

O’Connor – and Australia – will look for a repeat of that triumph. Ten years on from that game, they are under far more pressure following disappointing defeats to Scotland and England.

A number of things have gone wrong for the tourists and the playmaker has identified some key areas to improve on.

“If you don’t have the correct discipline, and if your foundations aren’t strong, then you can’t win a Test match,” he said.

“There’s a lot more opportunities where you can pull the trigger and score tries but over here you only get a couple and if you’re not ready to take those, if you’re playing in the moment, then you’re going to miss them.”

O’Connor was criticised for his display against Scotland but felt he improved a week later at Twickenham, even if the margin of defeat was wider.

“I felt I eased into that game and probably took too long to flatten the attack up,” he said.

“In the England game I felt I built on that, but we piggybacked them into the game and every time we did build we’d lose it.”

Irrespective of their disappointing European tour, O’Connor believes that there are plenty of positives they can take going into 2022.

“There’s a heap of good things to take out of this year,” he added. “It’s two losses and two that we will learn big lessons from.

“This week is all about just putting it together – finding that balance of how we play and also playing the conditions and then just finishing the tour on a high.

“We feel we’ve a had a good year and we’ve really built this year so we want to show the public you know what we can do.”