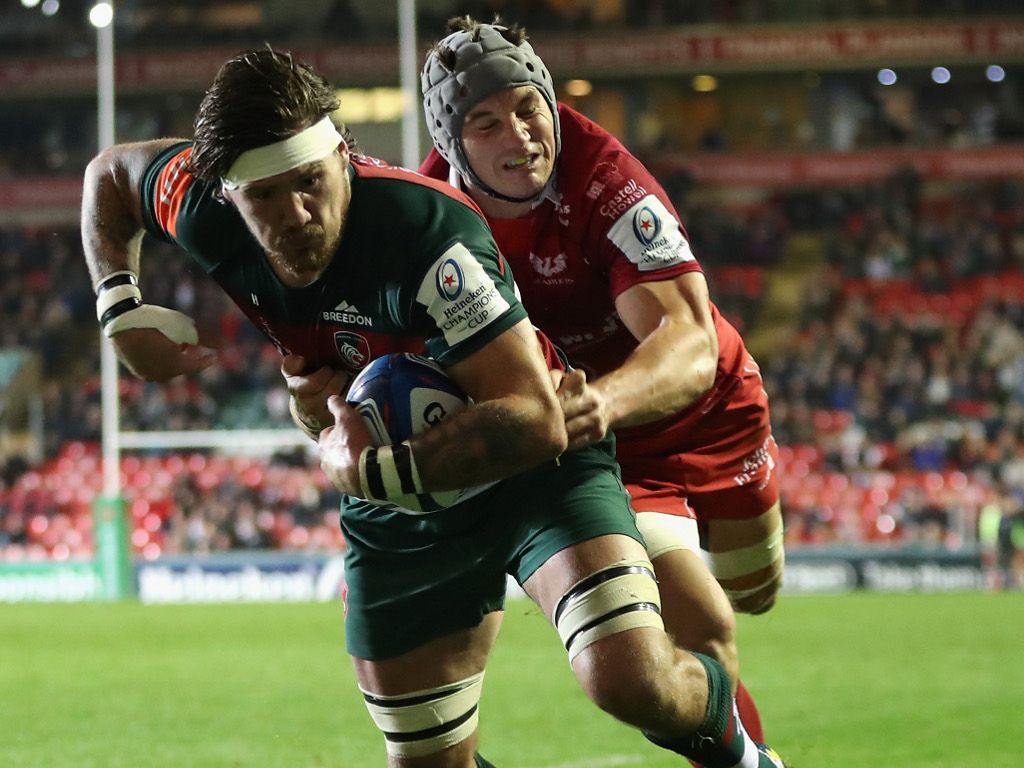 Leicester Tigers got their Champions Cup campaign back on track when they claimed a 45-27 victory over the Scarlets at Welford Road on Friday.

In a fast-paced and exciting match, the Tigers were full value for their win as they dominated for large periods – especially during the second half – and they eventually outscored the Scarlets by five tries to three with George Ford leading the way with a 20-point haul courtesy of four penalties and four conversions.

Leicester came out firing from the kick off and opened the scoring courtesy of a George Ford penalty in the second minute.

The home side continued to attack and that tactic paid off in the eighth minute when Harry Wells crashed over under the posts after the ball went through numerous phases in the build-up.

The Scarlets needed a response and that came in the 14th minute when David Bulbring made a superb line break before offloading to Gareth Davies who crossed for their opening try.

Leigh Halfpenny added the extras and the visitors thought they had taken the lead in the 23rd minute when Blade Thomson slid over the try-line but his effort was disallowed when television replays revealed that he lost control of the ball while dotting down.

Halfpenny added a penalty on the half-hour mark which meant the match was evenly poised with the sides level at 10-10.

Despite that penalty, the Tigers held a slight edge and they regained the lead five minutes later when Guy Thomson rounded off in the left-hand corner after the hosts showed great patience in the buid-up.

The Scarlets finished the half stronger, however, and another Halfpenny penalty meant Leicester held a narrow 15-13 lead at the interval.

Leicester were fastest out of the blocks after the break and restored their five-point lead two minutes after the restart when Ford slotted another penalty after the Scarlets were blown up for illegal scrummaging.

The Tigers continued to dominate and in the 46th minute, they took the ball through several phases deep inside Scarlets territory before Sione Kalamafoni barged over from close range for their third try.

Ford’s conversion gave the Tigers a 25-13 lead but the Scarlets did not surrender and replied with a try from Steff Evans after good interplay between him and Gareth Davies.

That made the score 25-20 but the Welsh region were far from done and on the hour-mark Thomson rounded off a superb counter-attack – Halfpenny’s conversion giving them a 27-25 lead.

The final quarter saw the Tigers upping the ante on attack and they scored 20 unaswered points during that period. First, Manu Tuilagi showed great power and determination to crash over in the right-hand corner for his side’s bonus-point try in the 63rd minute and Ford’s conversion meant the home side were now leading 32-27.

Ford added another penalty shortly afterwards before a well-taken try from Jonny May in the 72nd minute extended their lead and another three-pointer off the kicking tee from Ford shortly before the end sealed a memorable win for the hosts.