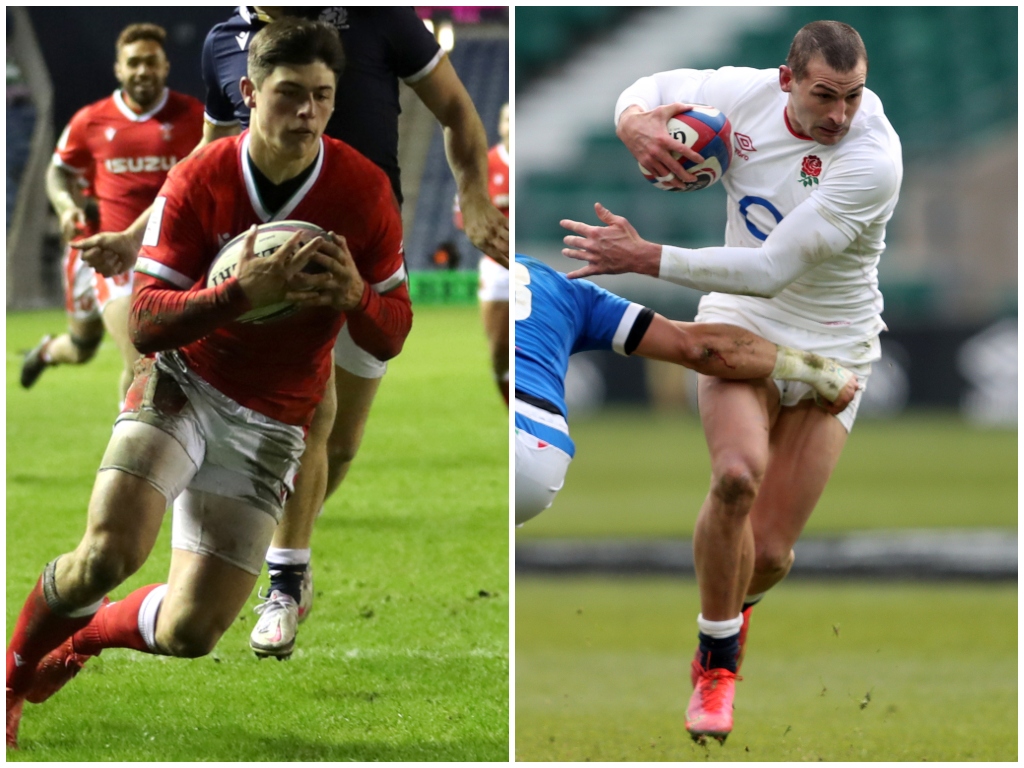 The Six Nations returns on Saturday after a weekend off, with France and Wales leading the way after the opening two rounds of matches.

England are aiming to stop a Welsh Triple Crown in Cardiff, while Scotland visit coronavirus-hit France and Ireland seek to kick-start their campaign away to fellow strugglers Italy.

Here’s five talking points ahead of the on-field action.

Pull up a chair and tune in to the fast show in Cardiff. Wales v England has plenty of fascinating sub-plots but none more enthralling than Louis Rees-Zammit against Jonny May. The two Gloucester wings are set to go head-to-head in a box office battle, with youth in the red corner and experience in the white. Rees-Zammit, 20, underlined his huge potential with two tries in the 25-24 win over Scotland, including a stunning kick and chase effort, and has four tries in his six Tests. May, 10 years his club mate’s senior, went second on England’s all-time try list with an astonishing effort against Italy, leaping almost four foot into the air to beat a defender for his 32nd Test score. A showdown not to be missed and one which could decide a close contest.

England captain Owen Farrell has had a rocky ride in the 2021 Six Nations. Farrell started Scotland’s Twickenham win at fly-half and was heavily criticised for his performance. Eddie Jones stuck by his man but moved him to inside centre for the Italy game. Farrell appears to have paid the price for relegated Saracens’ inactivity, looking rusty and struggling to set the lead that England have followed to such good effect. But Farrell will need to be at his sharpest at the Principality Stadium, with Wales on a high after beating Ireland and Scotland and the scent of championship success in their nostrils. George North should also be back to add power to a home midfield on a day when he will win his 100th Wales cap.

The Farrell household has not had any cheer across the Irish Sea, with Ireland having lost their opening two Six Nations fixtures for the first time. There was always going to be scrutiny on coach Andy Farrell after Ireland finished third in the championship last year and Irish Rugby Football Union performance director David Nucifora described the season as an “average return”. Losing Peter O’Mahony to an early red card in Cardiff did not help, but the 15-13 home defeat to France has piled the pressure on Farrell ahead of the trip to Italy. Ireland have lost only once to the Azzurri in the Six Nations – 22-15 in 2013 – and, while defeat is unlikely given Italy’s dreadful recent record, a big performance is a must.

✍️ Charles Ollivon and Brice Dulin are on the list. #GuinnessSixNations

France have looked the real deal in topping the championship after two rounds. Full of flair and ruthless in blowing away Italy, defensively sound against Ireland as Shaun Edwards’ training-ground drills paid dividends. But it will be a new-look France against Scotland on Sunday following a serious Covid-19 outbreak in Les Bleus’ squad. Head coach Fabien Galthie and his assistant William Servat are among those affected, so too captain Charles Ollivon and star scrum-half Antoine Dupont among 10 players. The good news for France is they have some serious depth, but the disruption still hands Scotland a golden opportunity to get back in the title race by claiming a first win in Paris since 1999.

Scotland’s first win at Twickenham in 38 years was built on admirable self-discipline as Gregor Townsend’s side conceded a mere six penalties. A week later and that total almost doubled as Wales took advantage of Scottish indiscipline to shade a Murrayfield thriller. The fall-out over Zander Fagerson’s red card against Wales has rumbled on, with Scotland launching an appeal against the prop’s four-match ban. What is not beyond dispute is that Scotland must rediscover the spirit of Twickenham by keeping cool heads in Paris. Hamish Watson will be a key figure, aiming to lead by example after admitting his post-match comments about Fagerson’s dismissal were “poor”.