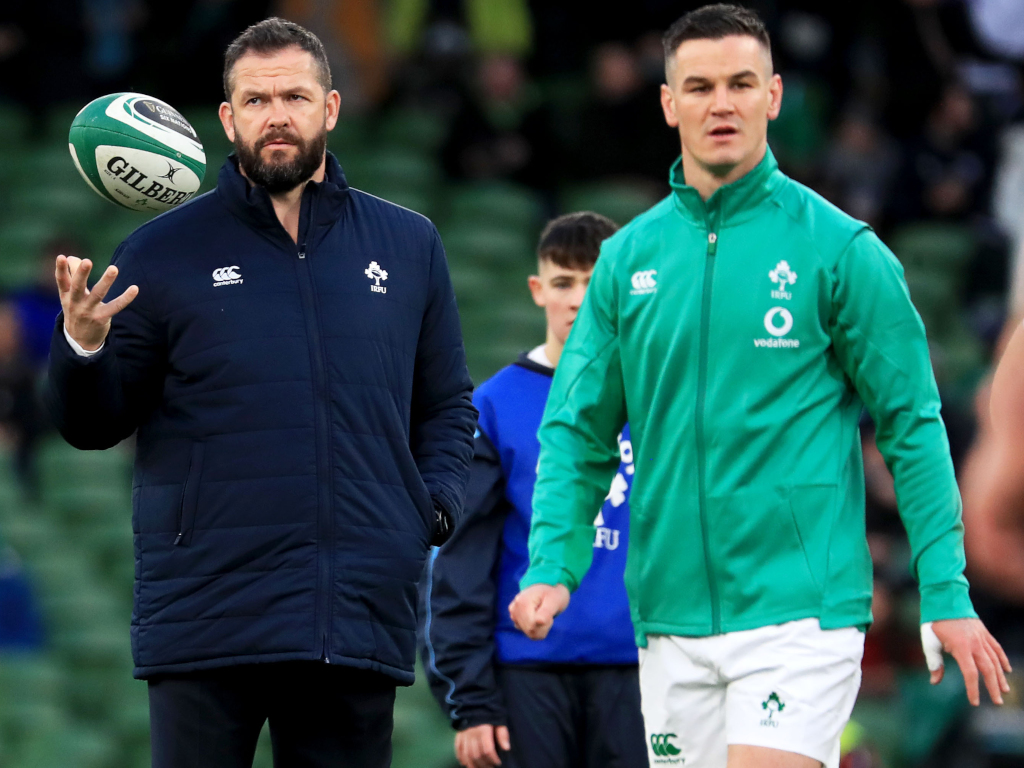 Ireland and Scotland meet on Saturday in Dublin in the third place play-off as the Autumn Nations Cup draws to a close.

Here are some of the major talking points heading into the encounter at the Aviva Stadium.

Andy Farrell began his tenure as Ireland head coach with an unconvincing 19-12 win over Scotland in February and will be eager to end an inconsistent year with a similar result and, ideally, an improved display. Having finished third in the Six Nations, the Englishman’s performance was this week assessed as an “average return” by the Irish Rugby Football Union. Farrell is confident he will learn from the setbacks endured in 2020 and insists he can handle the pressures of the role. A positive end to the year to quell growing doubts among the Irish public would be more than welcome.

Recent history is not on Scotland’s side. The Scots have won just five of the past 24 meetings between the two countries, dating back to March 2002. Their solitary success in 11 visits to Dublin during that time came a decade ago courtesy of a 23-20 victory at Croke Park. That said, they were extremely unlucky to leave the Aviva Stadium empty handed earlier this year after a self-confessed “schoolboy error” from captain Stuart Hogg cost them dearly. The underwhelming manner of Ireland’s win over Georgia last weekend should give Gregor Townsend’s men hope of improving their dismal record.

Sexton back for full-strength Ireland

After a series of experimental teams – and a mixed bag of performances to match – Farrell has been almost obliged to name arguably his strongest available team for the clash. The six changes to the hosts’ starting XV include Johnny Sexton returning from a two-game injury lay-off. Captain Sexton raised a few eyebrows this week when revealing aspirations of playing at the next World Cup, by which time he will be 38. Farrell has stressed reputation alone will be insufficient to secure a seat on the plane to France in 2023. Having seen Ross Byrne and Billy Burns given chances in his absence, Sexton will be desperate to dampen doubts about his fitness and underline his status as first-choice fly-half.

Scotland’s fly-half will also be under the spotlight. Townsend hailed Scotland’s growing depth in that department after selecting the fifth fly-half of the series in debutant Jaco van der Walt. The 26-year-old Edinburgh playmaker, born in South Africa, has completed his residency qualification and will make his Test debut. He follows Finn Russell, Adam Hastings, Stuart Hogg and Duncan Weir into the role during the current tournament. With Van der Walt and fly-half Sexton at opposing ends of their international careers, it promises to be an intriguing battle between the two number 10s.

While third place in the inaugural Autumn Nations Cup is the immediate prize, it is fair to say both coaches have eyes on the bigger picture. Townsend has revealed his desire to extend his Scotland contract until the next World Cup, while Farrell is still searching for consistency during a transitional period since succeeding Joe Schmidt. Next year’s Six Nations, which begins in two months’ time, is already on the radar and performances and results in that competition will undoubtedly attract more scrutiny than those produced in the present one. Taking some momentum into the winter should serve as a major incentive for both sides.