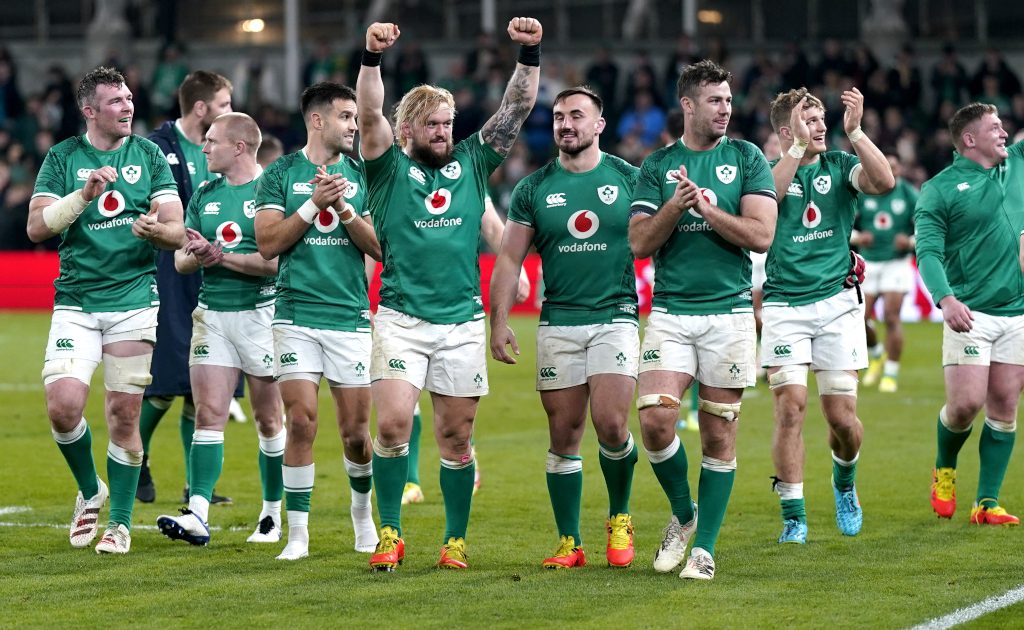 This year’s Autumn Nations Series will conclude in Dublin on Sunday when a confident Ireland side take on Argentina at the Aviva Stadium.

Andy Farrell’s outfit will be hunting an eighth consecutive win and will be riding high after their victory over New Zealand last weekend.

Here’s a look at some of the talking points ahead of the Pumas clash.

Ireland’s final fixture of the calendar year will mark Robbie Henshaw’s first appearance of the season. The influential Leinster man has been thrust back into action having not played a minute of rugby since his summer involvement with the British and Irish Lions in South Africa due to a foot injury sustained training with his province. With fellow Lion Bundee Aki nursing a couple of knocks, the 28-year-old will join club-mate Garry Ringrose in the Irish midfield. Head coach Farrell hailed Henshaw as “world-class” during his pre-match press conference while backing him to slot in seamlessly.

Whatever happens this weekend, it will be nigh on impossible to emulate the euphoria which greeted last week’s scintillating display against the All Blacks. The Aviva Stadium’s first capacity crowd for a rugby match since the pandemic took hold witnessed a superb display against the world’s best. That statement 29-20 victory followed an impressive 60-5 demolition of Japan. In producing the finest two attacking displays of the Farrell era in successive weeks, Ireland have shown exactly what they are capable of. Consistency is key in elite sport and the hosts are tasked with maintaining their own high standards.

In terms of selection, Farrell has opted for continuity this autumn. But that approach has been severely disrupted by losing the heartbeat of his team. Jamison Gibson-Park – who has excelled as Ireland’s metronome this autumn – has joined influential captain Johnny Sexton in the treatment room. Conor Murray and Joey Carbery are the beneficiaries. The Munster duo have begun together just once previously at Test level, a 2018 loss to Australia. British and Irish Lion Murray will be eager to wrestle back the number nine spot, while fly-half Carbery will seek to build on his match-winning cameo against the Kiwis and offer a genuine alternative to Sexton following a torrid spell with injury.

Argentina arrive at the Aviva Stadium on the back of a difficult 2021 which has brought just three wins from 11 Tests. Yet the hosts need no reminding of the dangers posed by the South Americans. Despite having won all nine previous Dublin meetings with their opponents, the Irish have suffered three shock World Cup defeats to Los Pumas – in 1999, 2007 and 2015 – with each resulting in elimination. It is just over 12 months since Mario Ledesma’s men secured their own headline-grabbing win over New Zealand. Having ended a seven-game losing streak with last weekend’s five-try success in Italy on the back of an admirable display in a narrow defeat to France, the visitors may be optimistic of springing another surprise.

Farrell has had two full years in the job and reached the halfway point of the World Cup cycle. His record shows a strong return of 13 wins from 18, although the two Six Nations campaigns during that time have, overall, been a little underwhelming. Deserved victories over England and New Zealand this year demonstrate clear signs of progression, with the recent free-flowing rugby a joy to watch. The Englishman – in his first head coach role – has also expanded the playing pool and competition for places is arguably at its peak since he succeeded Joe Schmidt in 2019. The countdown to France 2023 is well and truly under way and, on current evidence, things are moving in the right direction.