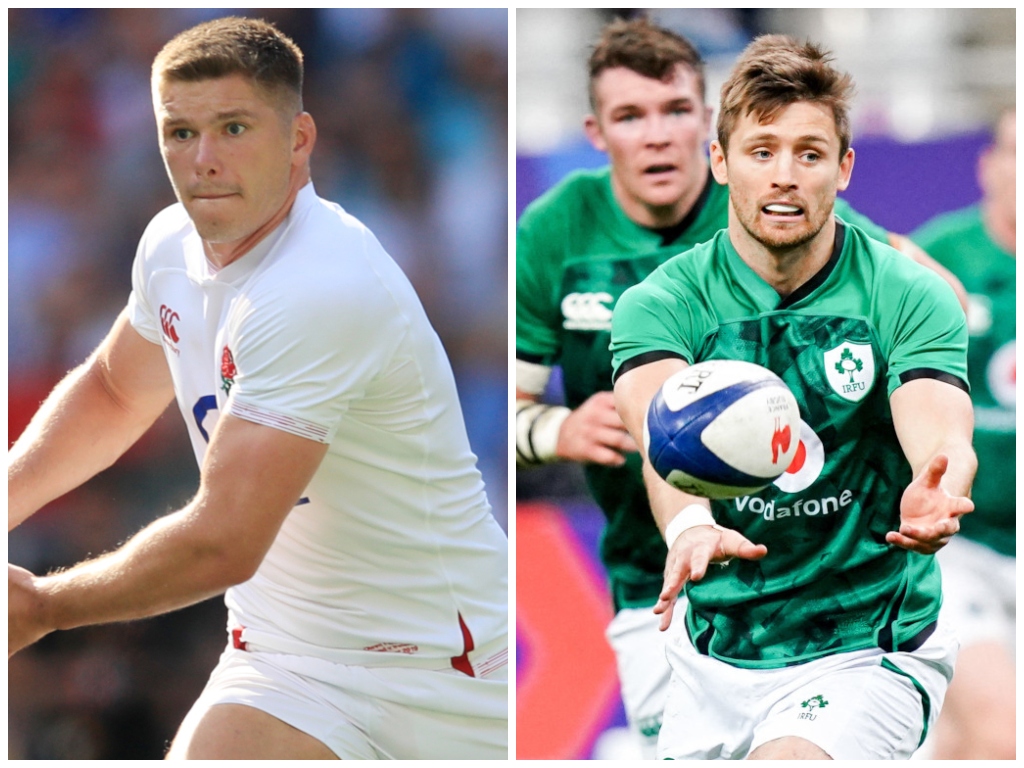 The pivotal showdown in Group A of the Autumn Nations Cup takes place at Twickenham on Saturday as England face off with old foes Ireland.

Recent results show that England have Ireland’s number. Three conclusive wins are bookended by thumping victories home and away in the Six Nations that stand as two of the finest performances of the Eddie Jones era. Ireland can be vulnerable against the most powerful opposition, a point disparagingly made by South Africa’s World Cup-winning coach Rassie Erasmus in Japan last year when he described them as “softies”. Andy Farrell’s team have been stung by the comment, but it is up to their pack to prove snarling foes can be faced down.

Jones’ pre-match mind games this week have been delivered with less force than is customary – perhaps in a nod to troubled times – but they were unmistakable baiting nonetheless. Questions have been asked of Andrew Porter’s scrummaging technique, Ireland are challenged to repeat their self-proclaimed “dominant” performance against Wales when they reach Twickenham and fun has been poked at their “United Nations” line-up, a reference to the strong southern hemisphere influence in their starting XV. The jabs will have found their target.

War on the floor

Despite the attempt to unsettle Ireland, Jones has also praised a team he clearly admires and that respect is evident when discussing their back-row, who he describes as “the best poaching team in Europe”. To combat the prowess of CJ Stander and Peter O’Mahony, England have deployed their World Cup flankers Tom Curry and Sam Underhill. “We need an aggressive, low to the ground back-row and Sam Underhill and Tom Curry are outstanding in that area,” Jones said. A war on the floor awaits.

🗣️ "The opportunity to take the reins in possibly the world’s most high-profile international rugby job doesn’t come along every day."

Putting smiles on the faces of fans watching the Autumn Nations Cup at home amid the gloom of a second lockdown has been a mantra for England since they entered camp for the first time in mid-October, but monotone wins against Italy and Georgia will not have captured imaginations. Ireland is a fixture with the capacity to ignite the campaign but for that to happen there must be a so far unseen intent to expand horizons beyond an unrelenting kicking game and set-piece dominance.

In terms of experience, the clash is a heavyweight mismatch with England fielding a starting XV containing 725 caps and Ireland totalling only 433 in comparison. Nowhere is the gulf of international exposure more evident than at half-back where Ben Youngs and Owen Farrell have amassed 186 Test appearances and the Irish pairing of Jamison Gibson-Park and Ross Byrne a mere 11. The visitors are a team in transition and England will be scenting blood.