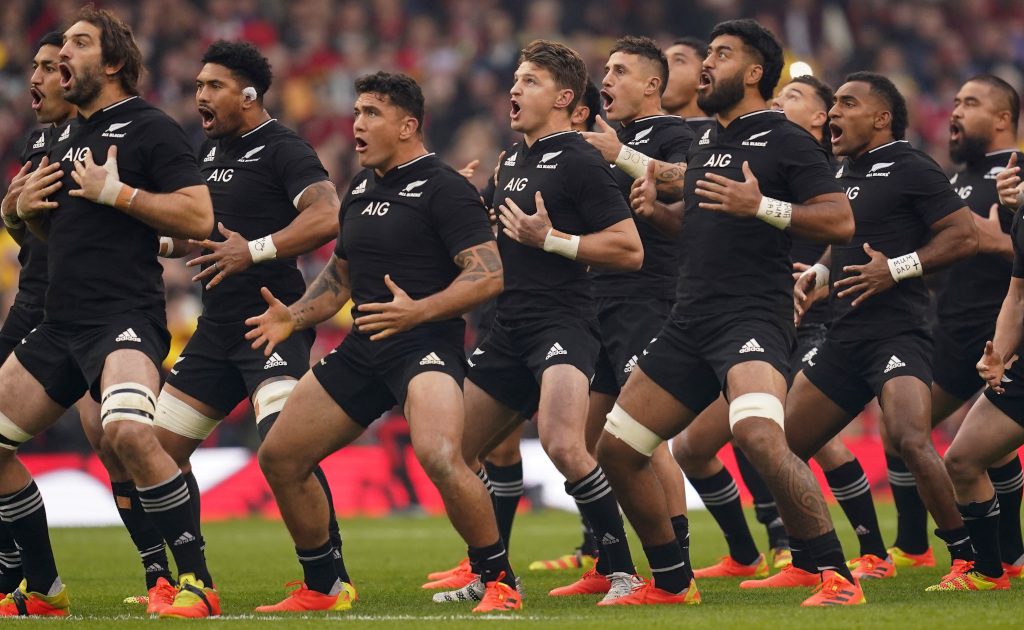 Following a 54-16 victory for New Zealand over Wales in their Autumn Nations Series game, here’s our five takeaways from Saturday’s match in Cardiff.

Good to be back

For those of us that visited a chilly and empty Principality Stadium during the lockdown 2021 Six Nations, to hear the passion and hywl of the Welsh crowd, to see the vivid colours and smell the traditional odours of beer and fast food was beyond delightful. Written off by all sections of the media before the match, Wales were not flattered by the eventual scoreline of 54-16 but, nevertheless, showed immense passion and application for the first 60 minutes of the match. Aaron Wainwright, Johnny Williams and Johnny McNicholl shone until New Zealand unloaded their pace-ridden bench to take the All Blacks striding away as doughty Wales tried and, like many before them, failed to play catch up rugby against the best attacking side in the world.

New Zealand were quite compelling at times: their speed, organisation and physicality were breathtaking and it was fitting that this game was bookended with two tries by the Test centurion Beauden Barrett, player of the match and without question, the single most effective player on the pitch.

For the Welsh faithful, shorn of meaningful Test rugby for two years, this was a special day and they witnessed a team in New Zealand – at the peak of their powers – put on a glittering display of near flawless rugby. Whilst the scoreline was brutal in the final analysis, the home 23 played their hearts out and can walk around Cardiff with their heads held high tonight.

The accuracy and speed of New Zealand’s attack at times was incredible. Will Jordan’s and Rieko Ioane’s pace across the ground and appetite for making headway saw both flyers notch up over 200 metres for the match and, as New Zealand unloaded their bench, the pace kept coming, whether it be Sevu Reece, Richie Mo’unga or the quite brilliant cameo we saw from coruscating Tupou Vaa’i. It was a tsunami of gas, intellect and power and based upon Saturday’s showing, there are few sides in the history of the game that would have lived with them.

Their organisation in attack, whether it be in primary or counter, is quite remarkable and the key to their ability to ignite a move is the communication and chatter that allows them to find support lines and to create space in the blink of an eyelid.

At the heart of their game was the magnificent Barrett, who now seems to have fully reclaimed the starting 10 shirt for the All Blacks. His omnipresence in every moment of the game made you wonder if he was playing as an openside flanker or a full-back and his precision and vision stabbed Wales in the heart time and time again.

For 60 minutes, Wales played their hearts out and held the Kiwi tide. They made work incredibly hard for themselves with their set-piece leaking turnovers and penalties. Ryan Elias’ inaccuracy at lineout was remarkable, as time and time again he launched torpedo throws that landed nearer to Swansea than any of his eagerly waiting lineout specialists and, as a result, Wales lost five of their own throws, three of them in crucial attacking positions.

In the scrum, Wales really struggled to cope on the loosehead with the power of Nepo Laulala and Wyn Jones haemorrhaged offences, finding great difficulty in getting anything near a dominant or firm bind.

However, on the upside, they’ll be delighted with the showing of Wainwright, whose mobility, intellect and speed eclipsed even the much vaunted Ardie Savea in the battle of the eights. Alongside him, Taine Basham enjoyed a fine day at the office and was a threat to New Zealand all day in jackal and carry.

In the backs, McNicholl was absolutely outstanding in both the air and across the ground, solid as a rock under the high ball and in attack, losing nothing in comparison to his opponent, the wonderful Jordie Barrett.

The biggest takeout might just be the calming influence that Rhys Priestland offered to his team. He gave the backs shape, direction and allowed them to play in the face of the All Blacks, looking a far superior option to the sluggish Gareth Anscombe that preceded him.

If Wayne Pivac has the number of Rassie Erasmus’ video editor he might just be putting in a call to him. To beat the All Blacks is hard enough, but when a Test match referee as experienced as Mathieu Raynal is so erratic and inaccurate that his blunders alone cost one team at least four scores then you are forced to call him out and we make no apology for breaking a golden rule of journalism by saying this exactly how it is.

Starting with the collision in midfield between Josh Adams and Jordie Barrett, you wonder how two players, both going for the ball and colliding in open play, can result in a penalty against either, but particularly the player who was dominant in the air. 31 seconds later, New Zealand have a try disallowed but take three points.

Like Pascal Gauzere before him earlier this year, one catastrophe wasn’t enough and a few minutes later, to cap off his dismal first half, an obvious and deliberate cheap shot of a forearm to Ross Moriarty’s head was deemed only worthy of a yellow. Yes, there was angle and height mitigation, but it was clear to all in the ground that Laulala had raised his elbow deliberately into contact, made no attempt to wrap and the only option was a red. This is precisely the sort of incident that World Rugby is desperate to remove from the game, and despite the protestations of Karl Dickson and Christophe Ridley who both openly questioned their leader, Raynal chose the yellow way out in every sense of the word.

His comedy show continued in the second half, blowing scrum penalties the opposite way to the advice of his assistants, missing clear offsides such as Jordie Barrett from his brother’s kick in the 44th minute that resulted in a three point penalty at the other end and then absolutely ignoring a call for offside by his assistants in the Dalton Papali’i try.

The words above might seem churlish given New Zealand’s inevitable dominance but when playing the All Blacks, you need to match them on the scoreboard and make sure you don’t have to play catch up rugby. It was a poor performance from Raynal.

New Zealand will be thrilled with their hit-out on Saturday. Ian Foster said afterwards that Wales really gave them issues for 50 minutes and forced them to react to the physicality that the home back-row and midfield tested them with.

They might be a little concerned with how many problems that Wales gave them over the ball, and how well they coped with the Kiwi aerial assault, but those are mere work-ons rather than worries.

They’ll be delighted with the depth their bench showed and just how much pace they were able to unload onto the last quarter of the game, with Vaa’i lighting up the last 10 minutes or so of the game with runs reminiscent of Kieran Read or Zinzan Brooke. His mobility is quite staggering for a lock forward and his Test future is assured.

But most of all, they’ll have learned that Beauden Barrett isn’t only maturing into an absolutely world class fly-half, but he’s leading the team as well. He was absolutely compelling in his 100th cap and there’s no question that right now, he’s the best rugby player on the planet.