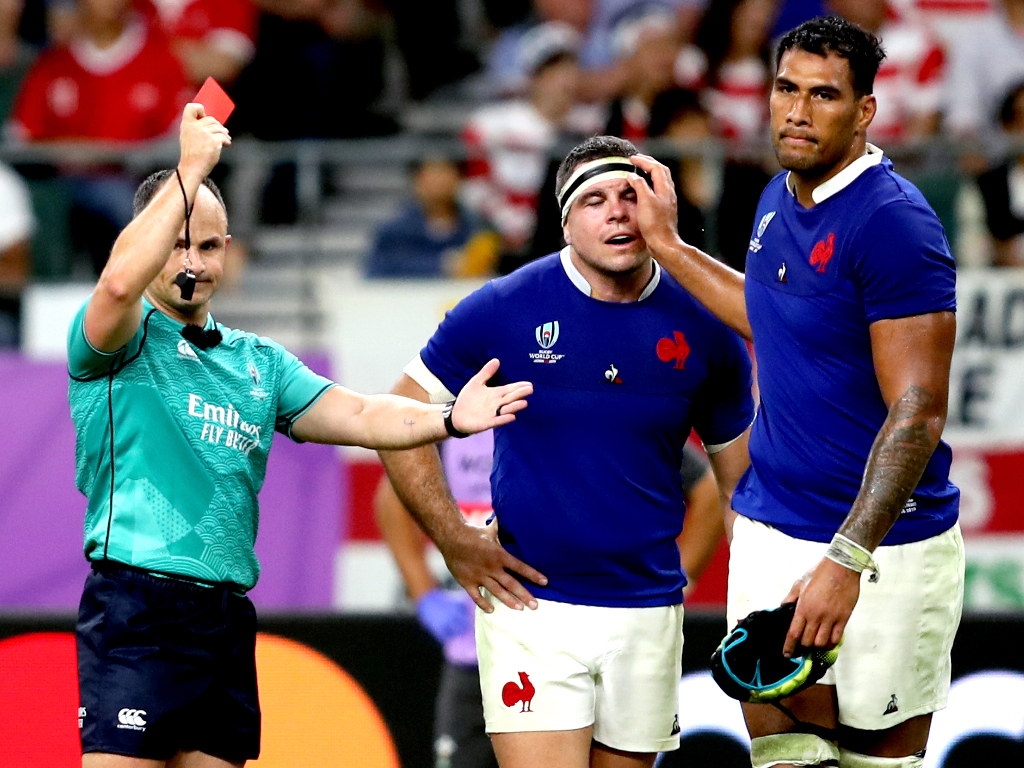 Following a 20-19 victory for Wales over France in their Rugby World Cup quarter-final, here’s our five takeaways from the clash in Oita.

Speechless: What can we say about that red card? One doubts even Sebastien Vahaamahina can explain what went through his head before clocking Aaron Wainwright’s cheek with his elbow. Needless is one polite word to describe the France second-row’s act in the 49th minute, when his side were 19-10 to the good. Ultimately, his absence was a major momentum turner in Oita and it is sad for him on a personal level that this result will be remembered for that act but one struggles to sympathise. France didn’t help themselves, though, with the call not to pack down a scrum with a number eight late on when in a decent position in the Welsh 22 defying belief.

Not your typical Welsh defence: Conceding 12 points inside nine minutes and being cut apart at will was a very un-Welsh performance early on. It wasn’t a blip too as throughout the first period France were slicing through the usually solid Welsh wall and finished the first 40 minutes with 334 metres run from their 91 carries. Losing influential centre Jonathan Davies to injury in the lead up to the game of course didn’t help from a defensive situation but that shouldn’t have such an impact on what was a loose showing without the ball. Individual mistakes were prominent as the Welsh looked shell-shocked by the speed at which France played early on.

Central figures: One man who is improving match by match on the international scene is Gael Fickou. His early Test career was one of silky running which brought promise and excitement to Les Bleus supporters, but now he has added power to his arsenal and was such a carrying threat against Wales. Alongside the equally impressive Virimi Vakatawa, who was a constant threat to the Welsh with ball in hand, the pair dominated Hadleigh Parkes and Owen Watkin on Sunday and can hold their heads high on a personal level after this loss. Both were superb.

The great escape: Warren Gatland would be the first to admit that was an abject performance from his charges and they were lucky to come away from the game with their World Cup dream still alive. In the post-match he admitted that relief was the overriding emotion but he was proud of his side’s never-say-die attitude and in these tournaments sometimes teams have an off day but still have to find a way to get the win. Wales certainly did that as they showed they are serial winners under Gatland. This was their get out of jail free card played.

Good performance from Jaco Peyper: While some may question this following the contentious try from Wales number eight Ross Moriarty late on and whether the ball went forward or not from Tomos Williams’ rip, it’s hard not to praise Jaco Peyper after Sunday’s game. That strip was not conclusive enough to overrule his on-field decision and he backed that call up with strong decision-making regarding the Vahaamahina call as well as proper marshalling of the breakdown, finally. Side entry was pinged for what has seemed like the first time all tournament as South African Peyper put himself forward for further appointments in the coming fortnight.