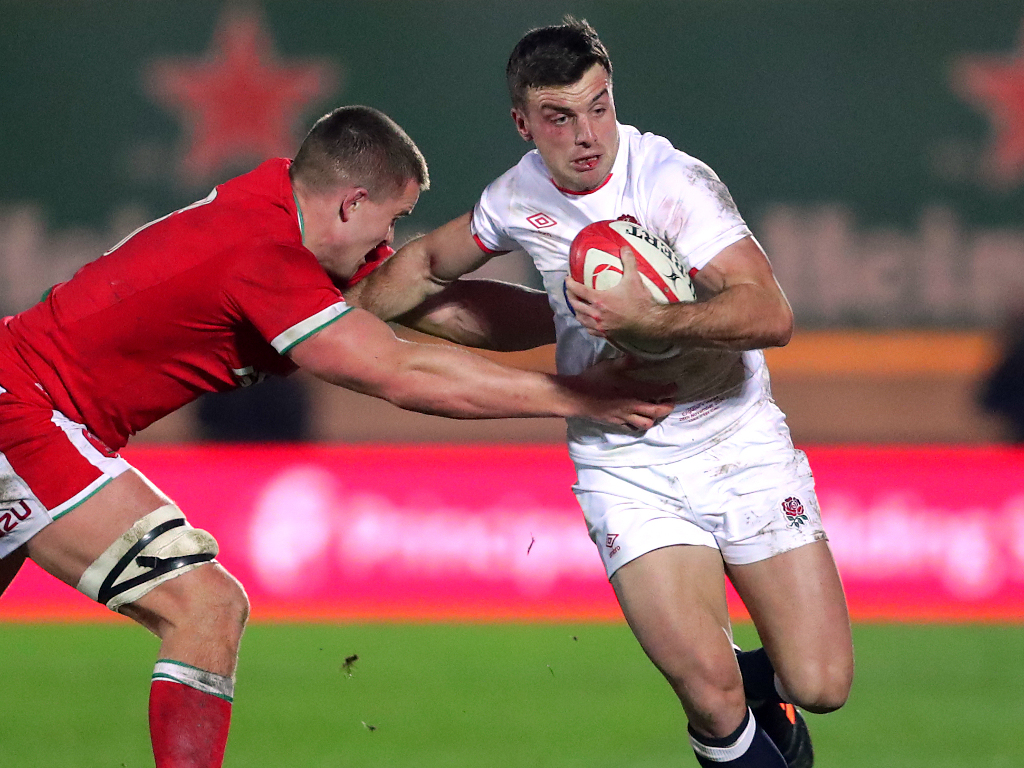 Following a 24-13 victory for England over Wales in their Autumn Nations Cup game, here’s our five takeaways from the fixture at Parc y Scarlets.

Despite England’s win, this was a Test match that was a step up in standard and entertainment value from some of the recent displays seen in the Autumn Nations Cup.

A fierce gainline battle, a variety in attack from the visitors and some intelligence in defence and counter attack from the hosts produced a spectacle that had all the hallmarks of the usual close encounters between these two fiercest of rivals.

However, these are two teams in entirely different stages of their evolution and that was absolutely clear all evening. Wales are a side searching for cohesion and combination, unsure in attack, determined in defence whilst England are a team honing combinations, testing tactics and finding new shapes.

The beleaguered Wayne Pivac will actually be mightily pleased by the performances of his back-row and his defence at the back, but perhaps there’s still questions to be asked about ambition in attack.

Sam Underhill has still to score a try for England but despite his near miss yet again on Saturday, his agility and pace in defence, together with his speed in link and support, saw him earn a well-deserved player-of-the-match award.

But despite that, his direct adversary James Botham had a very impressive day on his home debut, putting in a few big hits that were reminiscent of his grandfather in his pomp and his progress will be interesting to track. Both eights, cousins Billy Vunipola and Taulupe Faletau also produced vintage displays of their own brand of loose forward play and Warren Gatland will be delighted to see big Toby reaching the heights of a few years ago.

The battle between both back-rows was a microcosm of the game itself – a hard, fairly fought battle that saw England just nudge the spoils on the day.

The precision of George Ford in an England shirt is light years ahead of any other challenger for that position. His poise, scanning and decisioning were compelling and for once, we saw England play with great expanse and ambition in the first half.

His partnership with Ben Youngs was flawless, exuding a level of control and attacking variety that no other Home Union fly-half can come close to matching.

With the British and Irish Lions touring party only six months away from selection, his return to fitness could not be more timely. Put simply, he’s the best fly-half that’s available for South Africa and, today, he took one big step to that place on the plane in April.

✍️ Have a read over the #AutumnNationsCup match report, here. 👇 https://t.co/iCO4Ojkxru

Looking back over the game in detail, the biggest plus for Pivac will be how Wales stood up to England in terms their physicality in defence, their ability to cope with and return, with interest at times, the honours in the aerial battle and, lastly, the accuracy and quantity of tackle completion.

In the set-piece, the Welsh scrum came with the pragmatic mindset of not allowing England’s behemoth pack any form of momentum. Whether that meant they pulled away at engagement, collapsed on the strike or stepped sideways at the hit, their streetwise method may have cost two penalties but they cut English momentum at source.

The same, however, could not be said of the lineout. This wasn’t a case of jumper execution, it was a matter of a litany of misdirected throwing, huge pressure from England and a lack of tactical knowledge from the people running the lineout. There’s not a lot of lock options within Wales right now, but unless Ken Owens makes a quick return to duty, the hapless darts of both starting hookers will cost them dearly in any Test match.

Whilst Pivac will be disappointed, despite the points above, there’s a lot to take out of this game in terms of progression, determination and, above all, the return of a little bit of Welsh ‘hywl’.

When you’re struggling to define your best XV as Wales are, there’s always going to be a massive disparity against a settled side when it comes to the moment in the game to unload the bench.

It was in fairness, the moment that really put the England win out of doubt, as Jack Willis and Ellis Genge’s introduction both resulted in big momentum moments for their side. Anthony Watson too looked razor sharp when he came on.

By contrast, Wales’ set-piece went from bad to worse when Elliot Dee and Tomas Francis lumbered onto the pitch, but on the other hand, Rhys Webb looked sharp around the base and perhaps if he’d started, England’s back-row would have had a lot more to deal with.

Games are often defined in that last 20 in modern rugby and it’s essential that Wales start to understand both their best XV and best 23 otherwise they’ll lose a lot of momentum towards the end of the games.