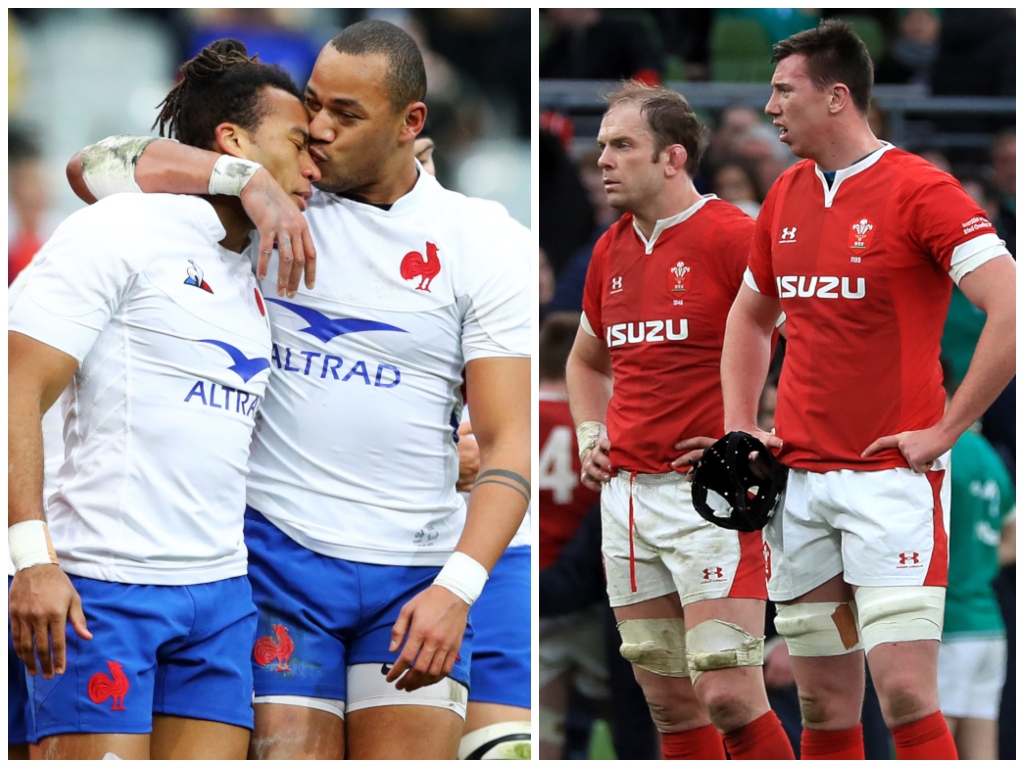 Following victories for Ireland, England and France, here are some of the talking points that emerged from a weather-dominated weekend.

Storm Ciara did its worst

The weather forecasters got it spot-on as Storm Ciara blew in and left its mark on round two of the Six Nations. Conditions at Murrayfield for England’s Calcutta Cup victory over Scotland were pretty much unplayable with powerful winds and driving rain making the match a lottery. While Dublin initially escaped lightly in comparison as Ireland beat Wales, matters deteriorated on Sunday with flight cancellations leaving many Welsh fans stranded in the Irish capital for at least another 24 hours and others only arriving home after long delays – in some instances at a different airport to the one they departed from.

Calcutta Cup – whatever you made of the game, I assure you, conditions were close to unplayable today.

There appears no end in sight to a damaging episode for Scottish rugby. Fly-half Finn Russell has not been part of head coach Gregor Townsend’s plans since being disciplined for an alleged breach of team protocol last month, while the player gave a newspaper interview on Sunday where he was quoted as saying: “The current situation, set-up and environment, I don’t think I want to play in that.” Scotland have lost their first two games and all the talk remains about Townsend and Russell, rather than what is happening – or not happening – on the pitch. It is time for the Scottish Rugby Union to take the lead and mediate.

Ellis Genge is a warrior – and a character

There is something wonderfully old school about England prop Genge. The 24-year-old Bristolian scored the only try in Saturday’s 13-6 victory over Scotland and delivered an outstanding display following his 57th-minute arrival as a substitute. Equally as impressive, though, were the honest, forthright opinions he expressed during a round of post-match media interviews on all manner of topics. Whether you agree with him or not, it hardly matters. In an age of often robotic players speaking on auto-pilot and offering one cliche after another, Genge is someone to be cherished. He is going to be around a long time, so get used to it.

'How's the atmosphere in the changing room?'

Wales let down by the basics

Wales were strangely flat and uninspiring against Ireland, losing 24-14 to a team that did not hit top gear but still collected a try bonus-point. There were issues over Wales’ defensive formation at times, but often it was nothing more complicated than simply passing a ball and catching it. Spilled possession led to two Irish tries and, while Ireland could scarcely believe their luck, they took maximum advantage of Wales’ generosity. Head coach Wayne Pivac will rightly not be reaching for the panic button and it might simply have been a poor, one-off afternoon at the office, but the reigning Grand Slam champions simply cannot afford a repeat with France and England looming as their next two opponents.

France, revitalised under head coach Fabien Galthie, could not have made a better start to the Six Nations, beating England and Italy in Paris. Eight tries and 59 points across those two games underline how immediate Galthie’s impact has been, but they now travel to Cardiff and Edinburgh – and recent history suggests they might get lost. France have not won an away Six Nations game against Wales since 2010, losing four in a row, while it is two defeats on the bounce at Murrayfield, plus a World Cup warm-up loss last summer. Ireland at home on March 14 could potentially have a Grand Slam for France at stake, but only if Les Bleus successfully cure their away-day blues.

If you want something doing…