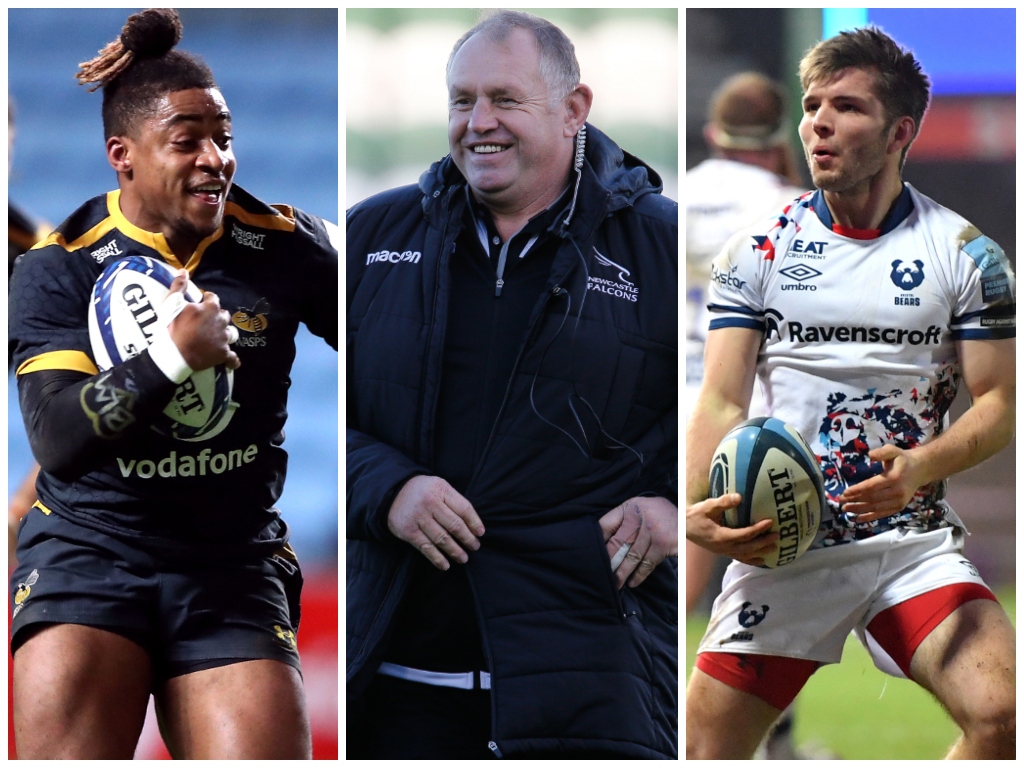 There’s absolutely no doubt that the last year of Premiership Rugby has seen a breakaway at the top, with Bath, Bristol, Exeter and Wasps pulling away from the pack and setting the standards and this weekend we saw the quartet all in action against each other with both matches producing a roller coaster ride for their respective supporters.

At the Rec, a near century of points saw Wasps win on the road in a compelling 52-44 thriller, where a thundering display by the exciting three-quarter Paolo Odogwu, supported by cameos from Tom Cruse and replacement Brad Shields, saw Wasps home for a five-point win that might prove crucial come the end of the season.

However, it was also a night for Sam Underhill to remember for a different reason, as the openside ran 25 metres to finally score his first ever try in the Premiership after 31 attempts. Bath may be an attractive side to watch, but yet again in a close game they failed to close it off and pressure must now be mounting on their beleaguered director of rugby Stuart Hooper.

Their woes seem to be compounded with the news they’re soon set to lose number eight Zach Mercer, who has confirmed a move to Montpellier, with fly-half Rhys Priestland set to return to Wales in a bid to answer Wales’ call to assist with their injury problems in the 10 shirt.

Exeter Chiefs have been the most consistent side in English rugby for over a year, but looked a little leg weary as Bristol Bears overturned their local rivals 20-7 in a fantastic display from both sides at Sandy Park, notable for strong performances from England hopefuls Harry Randall and Ben Earl. Randall seems to be in high demand right now, with Wales potentially offering another international route. However, England’s scrum-half options are thin right now and it would be wise of Eddie Jones to cap the youngster before much longer.

Exeter are a side noted for straight and direct rugby, but their lateral, crabbing attack was the result of Earl delivering a masterclass of back-row play. In an era where people are queuing up to promote the claims of Sam Simmonds (whose miraculous cover tackle will live long in the memory of all who saw it), the versatile Bear showed his physical edge as he put in a monstrous display of spiky aggression at the gainline that proved crucial in seeing Bristol home. Nathan Hughes too, a player often criticised for his inconsistency, showed to all that he has a considerable amount to offer, hitting hard and direct all day.

Newcastle Falcons are living proof of the need for promotion and relegation in a normalised season. They took their fifth win of the season with them as they disposed of bottom-of-the-table Gloucester 22-10, with skipper Mark Wilson reminding all who watched that he still has a substantial amount to offer to any of the three England back-row positions, as he put in yet another performance of passion and power.

Falcons’ defence, designed and engineered by one of the Premiership’s greats, Nick Easter, is one of the best in the league. The sharpness in blitz, the crippling power in hit and the gritty disruption on the floor bear all the hallmarks of the big number eight’s own rounded game and it’s great to see a relatively young coach thriving in a new role under the experienced wing of Easter’s self-confessed boyhood hero, Newcastle director of rugby Dean Richards.

Director of rugby Dean Richards and executive director @MickHogan2 putting in a shift as we do everything to get today’s game on. Player safety is paramount, and it’s a huge effort from all at the club. pic.twitter.com/5xERn59h3H

With the news that his former Harlequin teammate, Mike Brown, looks set to make the trek up the A1 to join up with Easter next season, and with Gary Graham and Toby Flood in sparkling form alongside the craggy Wilson, things look very positive at Newcastle and it’s a pleasure to see a club of such deep tradition thriving once again.

Trouble at The Stoop

With Brown now slated to depart at the end of the season and with England prop Joe Marler understood to have requested a transfer, Harlequins again failed to close off a game that was theirs for the taking.

With Marler in dominant form, Quins bossed the scrum and loose for most of the game, yet disciplinary errors and mistakes allowed London Irish to come back to draw 27-27, as London Irish replacement and Puma legend Agustin Creevy inspired a fightback for his new club.

Whilst Marcus Smith and Joe Marchant both continue to impress, Harlequins are seventh in the league and appear to be on a downward slope. For such a proud club with deep heritage, something appears rotten in the Kingdom of Twickenham and it’s essential that the club re-energises itself before the rot becomes terminal.

As we approach the coming week, we await an announcement from ECPR in relationship to the effects of Covid-19 and the French travel ban. At the time of writing, the situation remains unresolved but PRL are said to be in discussions with all clubs regarding both the option and the willingness to bring rounds seven and eight forward. All options remain on the table, including a hybrid option of staggering the games over two weeks or introducing a rest week, but many Premiership director of rugbys are said to be in favour of continuity, with the notion of a break too dangerous in terms of breaking protocols and group bubbles.

Whatever the solution, we should commend the authorities for their ability and willingness to deliver entertainment and interest during this current period. Central to this is their adaptation to new regulations, tireless testing regimes and adherence to very detailed protocols.

They’re managing a moving feast and all rugby fans should unite to thank them.