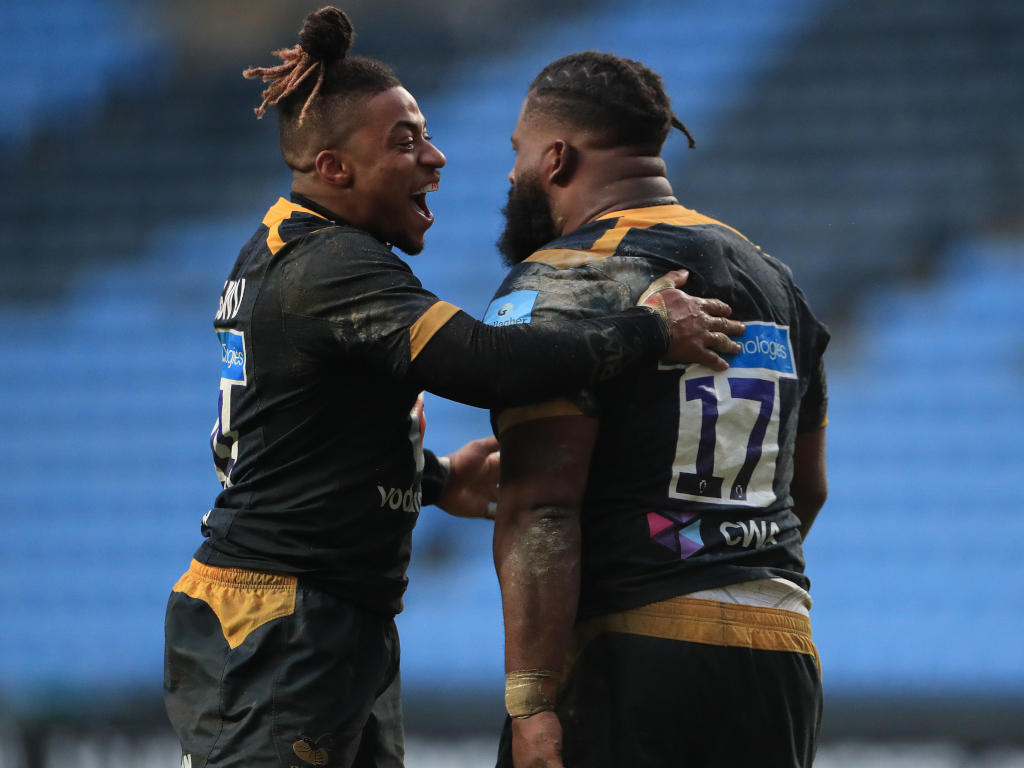 Sting in the tail

After a memorable Premiership final last season, where Exeter overcame Wasps 19-13, the fixture was replayed again on Saturday with a reversal of fortunes as Exeter lost on the road 34-5.

After resting a host of key personnel last weekend against Sale, Lee Blackett admitted that turning the champions over meant a lot to his team as we saw Wasps play some brilliantly expansive rugby with significant contributions from Joe Launchbury, Michael Le Bourgeois and Lima Sopoaga, and an immense effort in the scrum from Tom West and his cohorts that simply annihilated the Exeter eight for 50 minutes of the game.

What was most refreshing to see was not only the quality of attacking rugby on display but the host of new faces anxious to make their mark.

Judging from this fixture, the English domestic game is in rude health and come the end of the season, we fully expect these two exceptional teams to be battling it out at the top of the table for further honours.

On Sunday, at Welford Road, Leicester Tigers and Bath met in their 50th encounter in English league rugby and, despite howling wind and sleet, put on an epic display of attacking and powerful rugby with Tigers running out winners 36-31, with Jasper Wiese putting in a player of the match performance.

With 10 England players on view, the individual battles were absorbing, with Tigers coming out on top in most areas. Ellis Genge with England discards, Tom Youngs and Dan Cole, destroyed the much-vaunted Bath front-row, whilst at scrum-half, despite Ben Spencer’s 70m try, Ben Youngs’ calmness under pressure showed just why he’s still the England incumbent nine after 102 outings.

The most interesting battle, however, was at full-back. 2020 hasn’t been a vintage year for Anthony Watson, managing only one try in an injury-truncated season and on Sunday, he looked both out of position and out of condition, as time and time again, George Ford dismantled his aerial game.

This was in stark contrast to the Tigers’ 15, 20-year-old Freddie Steward, who ran for 141m, scored a try and was as safe as houses under the high ball. Watson has been a brilliant servant for England but right now he is hopelessly out of form. His natural successor is Steward and it cannot be long before Eddie Jones makes a call to this exciting young prospect.

At the end of the hard-fought Gloucester versus Sale match, we witnessed the unedifying spectacle of a Sale water carrier deliberately preventing a quick throw by Gloucester centre Billy Twelvetrees, with a minute to play and with his team three points down.

In the ensuing melee, an understandably incandescent Twelvetrees pushed the water carrier back over the hoardings and was yellow carded by referee Karl Dickson, while the instigator of the incident was dismissed from the touchline. Rather bizarrely, a penalty restart was awarded to Sale, thus closing Gloucester out of the game. While it’s true to say Twelvetrees retaliated, the decision needed to be proportional to the offence committed and, in that respect, Dickson failed miserably to deliver a just outcome, effectively rewarding Sale for cheating.

This isn’t the first time in recent weeks where a so-called water carrier has misbehaved on the field of play and if the authorities don’t act it will continue. Any charge from the RFU would likely to be under rule 5.12, (actions not in the interests of the game – misconduct) and one would hope, considering of Sale’s cynicism, that it will be looked at properly.

There must be a zero-tolerance approach to gamesmanship of this nature, coupled with an enforceable ‘technical area’ as per the example set in football.

With COVID again robbing the weekend of two key fixtures, the word of the weekend became ‘ringfencing’ as demands from all parts to guarantee a sustainable future for the game reached boiling point.

Put simply, the favoured solution is to eschew promotion and relegation for the foreseeable future (in all likelihood, two seasons), using the 12 existing clubs and founding members, plus Saracens, introducing an extra week to accommodate the extra fixture.

Whilst this would rob the Premiership of short-term excitement in the form of relegation battles, English professional rugby needs to acknowledge the financial support of the rafts of club investors that have contributed to the growth of the game. They are the people whose generosity has enabled the spectacles we see and it’s absolutely essential for the long-term health of the game that all of the founding members of the Premiership survive.

Those at Cornish Pirates and Ealing Trailfinders may disagree, but if they look at the proposals, they’ll understand the need for reconciliation and can rest assured that, before long, their time will come too as long as they are patient.

With youngsters Steward and Genge putting in big claims for future and further England honours respectively, it was warming to see Mark Wilson – one of the nicest guys in professional rugby – last his first full 80 minutes in 12 months as he put in a big individual performance for Newcastle Falcons in defeat. At his best, Wilson’s back-row skillset is one of the most complete England have available and his ability to play to world-class standards in any of the three positions is priceless. Harry Randall’s cameo at the end of the game ensured a Bristol win and it is surely time for his call up.

Elsewhere, Richard Capstick put in a big shift for Exeter Chiefs despite their loss, with Joe Simmonds also impressive in defeat, whilst for Sale, Tom Curry had a great duel with England hopefuls, Lewis Ludlow and Ruan Ackermann, at Kingsholm.

But the most welcome sight was the masterclass of kicking and tactical control shown by George Ford in Tigers’ win against Bath. He fused a blend of exquisite passing with a thunderous aerial bombardment and looked every inch the man who could be pushing for a British and Irish Lions Test start against South Africa in July, wherever and however those fixtures take place.