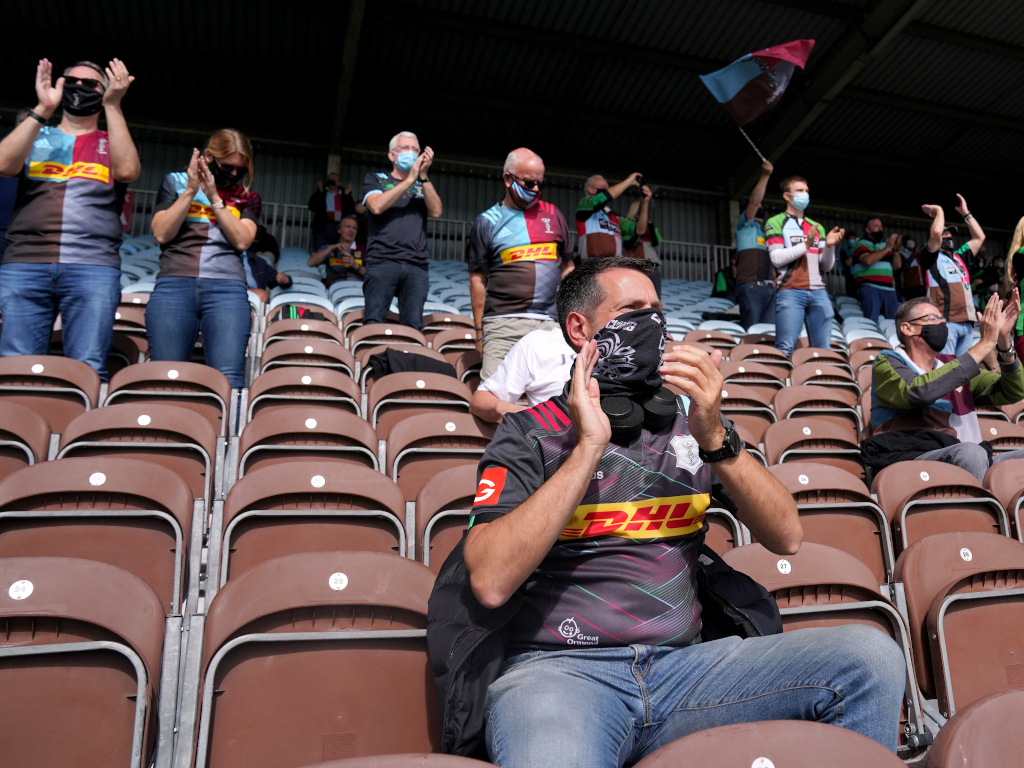 Sadly, the headlines this weekend were dominated by the sending off by referee Christophe Ridley of England skipper Owen Farrell for a high tackle on Wasps’ replacement Charlie Atkinson during a thrilling encounter at Allianz Park that saw the visitors beat the champions 28-18. Social media, never a place for reason or fact, has already banned Farrell for life, pointing to his perceived ‘track record’ as evidence for their sentencing. The simple truth, however, is that Farrell has a 100% clean track record. His ban will be between four or six weeks depending on the entry factor (middle or high) for his offence and he will miss the vital Champions Cup quarter-final versus Leinster but remain available for England’s opener versus the Barbarians on October 25.

The underlying theme, however, is that the Sarries 10 has been treading a tightrope for the past three or four seasons, his commitment and enthusiasm sometimes causing a little inaccuracy in his defence. It’s essential for all that he gets his tackle technique in line with the current law interpretation, otherwise he could well cost either the British & Irish Lions or England a big Test. Hopefully, this will be the turning point for Farrell to sort his dubious technique out for once and for all.

Wins for each of Bath, Sale, Bristol and Wasps pulled them well clear of Northampton as the top five became disconnected from the chasing pack over the weekend. We identified the need for squad depth earlier in this series of articles and the wins by the second strings of both Exeter and Wasps at Saints and Saracens respectively were absolutely seismic in terms of results. Wasps’ performance at Allianz Park was something that rubber stamped the authenticity of the attacking style Lee Blackett has cultivated, and with the evergreen Jimmy Gopperth putting in a memorable shift, they are, without doubt, the form team of the league right now.

Bristol face Saints on Tuesday night and even their second placing looks less than safe considering their rivals have lesser opponents this week. The quality of rugby by these top five sides in recent weeks has been exceptional but there’s only four play-off places available. The turning point will come this coming weekend as all five sides plus Saracens meet each other in direct competition, with Wasps hosting Bristol, Bath visiting Sale and Exeter taking on the Farrell-less Saracens at Allianz Park. By Sunday evening, we’ll have a strong view on who those top four will be.

When rugby returned we saw both referees and players in perhaps shaky form. The new breakdown interpretation, rustiness and match fitness all combined to see a high penalty count and low ball in play time. However, those stats have been turned completely around, and the willingness of teams to adapt to the ruck directives have produced some thrilling and attacking rugby.

Which of these belters was your game of the weekend? 🤔

All the Round 18 results ⬇️ pic.twitter.com/HMQdleFwTa

Specifically, we are seeing fast continuity form a breakdown freed of static bodies, combined with a true contest of clean and accurate jackaling, allowing the best and most athletic to thrive. The pace of the game at Franklin’s Gardens, Allianz Park and the Stoop over the last few days was absolutely breath-taking, with near 50 minute ball in play time across all three games. The players, officials and law makers should be applauded – the game has become an even more exciting spectacle as a result of their amendments.

Nothing was more pleasing than listening to a real crowd during the Harlequins v Bath game at the Stoop on Saturday. Yes, there were only 2,700 fans, an eighth of the ground’s capacity, but the camaraderie and compliance shown by those spectators should ensure that the experiment is validated and that the crowds should, in limited form, return.

For those of us lucky enough to attend, special praise should be offered to the Harlequins matchday team; their clear instructions and diligence in applying the protocols to the spectators was exemplary. Their innovation of seat ordered refreshments is one that put a smile on everyone’s faces and perhaps, by necessity, they’ve just started a trend that is sure to catch on at the Stoop and at other clubs.

The depth of resource that is becoming available for Eddie Jones in English rugby is quite remarkable. In every position, England’s riches look stacked and the only problem Jones faces is whittling the options down into 45 EPS players for the forthcoming end-of-year series. Players that caught our eye this round was the abrasive two-try display by Saints lock David Ribbans in a narrow defeat against Exeter, Ruaridh McConnochie’s sublime finishing in Bath’s win at the Stoop, and Elliot Daly’s return to form where his precision and enablement for others was evident, despite the defeat.

One player in particular that caught our eye was Bath tighthead Will Stuart. No test is bigger for a prop than taking on the veteran loosehead Joe Marler, still arguably the best scrummaging unit in Britain. The battle was one of huge power and no less commitment, yet Stuart’s technique and ability to contain Marler’s height and direction showed that the young Bath prop is fully ready for the big stage. Elsewhere, an impressive debut by former England U20 starlet, Gloucester’s Jack Clement added another option to England’s back-row pool, and Ben Spencer continued his progress to nail down the England number nine berth.