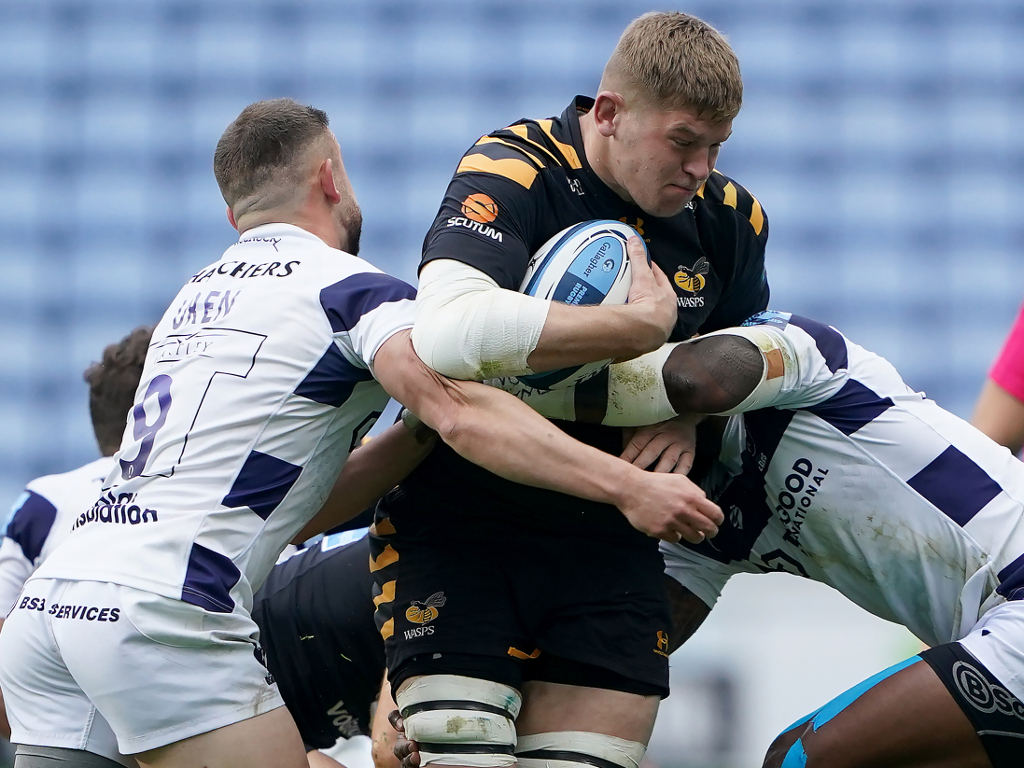 After some exciting action in Saturday’s Premiership semi-finals, Planet Rugby features writer James While has written his five takeaways from the games.

At the Ricoh, whilst Jack Willis yet again took the plaudits with a towering display of all-court back-row mastery, supported by another quality outing from Jacob Umaga, Wasps’ immense win was hewn by the old heads surrounding him at the coalface, where Dan Robson, Jimmy Gopperth and Brad Shields were outstanding in ensuring that Wasps played simple rugby in dangerous areas of the pitch.

Gopperth’s control, intellect and experience showed just why some believe he’s the best overseas signing in Premiership history and his darting kick to send Matteo Minozzi over was a piece of skill from the highest order. Robson mixed pragmatism with inventive touches and between the Kiwi and the Englishman, Wasps simply maintained the pressure in attack that their outstanding back-row applied in defence all afternoon.

But the day, rather predictably, belonged to Willis. Not since the mid 90s when Lawrence Dallaglio and Richard Hill arrived in successive seasons, has England seen a loose forward of this man’s quality, intellect and pace. His game is complete – he has no visible weakness and this was his moment.

The Bears abandoned their traditional willingness to run the ball with attacking ambition because they were so concerned about the dangers of getting caught at the breakdown and they opted to throw so many players into contact that Wasps always had numerical mismatches in both attack and defence.

Combine this with the incredible BIGs (back in game times) that the Wasps defenders achieved, averaging around two seconds from the contact moment to self-recycle, and it’s pretty obvious that at no point did Bristol ever achieve the overlap or the extra man on the wide outside that they crave to play their attacking style.

With statistical dominance in all areas of the set-piece for Wasps and a 50% advantage in dominant hits, you can rightly conclude that a game that people expected to be won on flair actually revolved around delivering the simple basics of rugby that will always underpin the efforts of great sides. Lee Blackett and his coaching team should be applauded. They missed nothing in preparation and their attention to detail was absolutely outstanding.

Looking at the star-studded team that Bath put out at Sandy Park, it’s astonishing so many high-quality players went missing in action. But to use that as an argument would denude the incredible structure, detailed tactical analysis and teamwork that permeates through every pore of Exeter Chiefs.

From one to 15, they beat their opposite number, with only Ruaridh McConnochie and Jonathan Joseph really causing the Exeter defence any problems at all. Exeter are a collective; their players own a bit part in a much bigger piece of work, but each and every one of them subscribe to their own job description.

The suffocating blitz defence, led by the outstanding Henry Slade, never gave Bath room to breathe or move. Kick chase intensity and powerful competition at the breakdown resulted in error after error from the visitors, who at times were forced to overplay or strive for an extra yard in contact.

Exeter’s patience in defence allowed the outstanding Joe Simmonds to capitalise on the transgressions Bath made in the middle of the pitch, and once in the Bath 22, the visitors had no ability to repel the wave and wave of Chiefs’ notorious phase play.

Saturday was a salient lesson from Rob Baxter’s men that rugby is first and foremost a collective game, and there’s no doubt they were the best team on the day.

The mayhem caused by the Exeter forwards around the breakdown won them the match, make no doubt about that. They threw men in with huge speed, commitment and aggression and with speed over the ball, their disruption of the opposition and intelligence on when to compete was simply too much for the Bath players and it was no surprise that Exeter were dominant in 43% of their collisions.

Exeter’s effort at the breakdown was characterised around the excellence of two of their key forwards – Luke Cowan-Dickie and Jonny Hill, the latter snaring two short range tries in exchange for his toil and looking almost certain to be recalled to the England side when the Premiership final is done and dusted.

Bath managed precisely zero turnovers at the ruck in the game, despite having two world class back-rowers in their pack in the shape of Taulupe Faletau and Sam Underhill, both of whom really struggled to get into the game. Underhill faces huge pressure for his England place from the likes of Ben Earl and Willis and his inability to get into a big game again on Saturday may just have turned the tables in the favour of those others.

Let’s be absolutely honest; who, eight weeks ago, would have thought that the Premiership would have such a compelling final weekend? Whilst Bristol failed to really fire a shot at the Ricoh, they’ll come again and they will take much out of this loss into their Challenge Cup Final next weekend. At Sandy Park, whilst the scoreline suggests a comprehensive win for Exeter Chiefs, Bath battled to the end and perhaps were a lot better than the final scoreline suggested, having opportunities throughout the first 60 minutes to push Chiefs a lot closer than they did.

Despite the rumpus around Sale during the week, these four teams have been outstanding since the restart and have put on display after display of compelling and attacking rugby. The biggest take-out of this weekend is English rugby is in rude health, boasting a quartet of high quality teams, with the likes of Sale, Harlequins and Saints also having their moments.

For those starved of live sport for almost six months, for others who are disappointed at the thought of Saracens leaving the Premiership, let’s hope, when we start again in a few weeks’ time, that the ambition and quality meets the standards of the rugby we’ve seen post lockdown. The only thing missing is the crowds and everyone in the game hope that that changes soon.