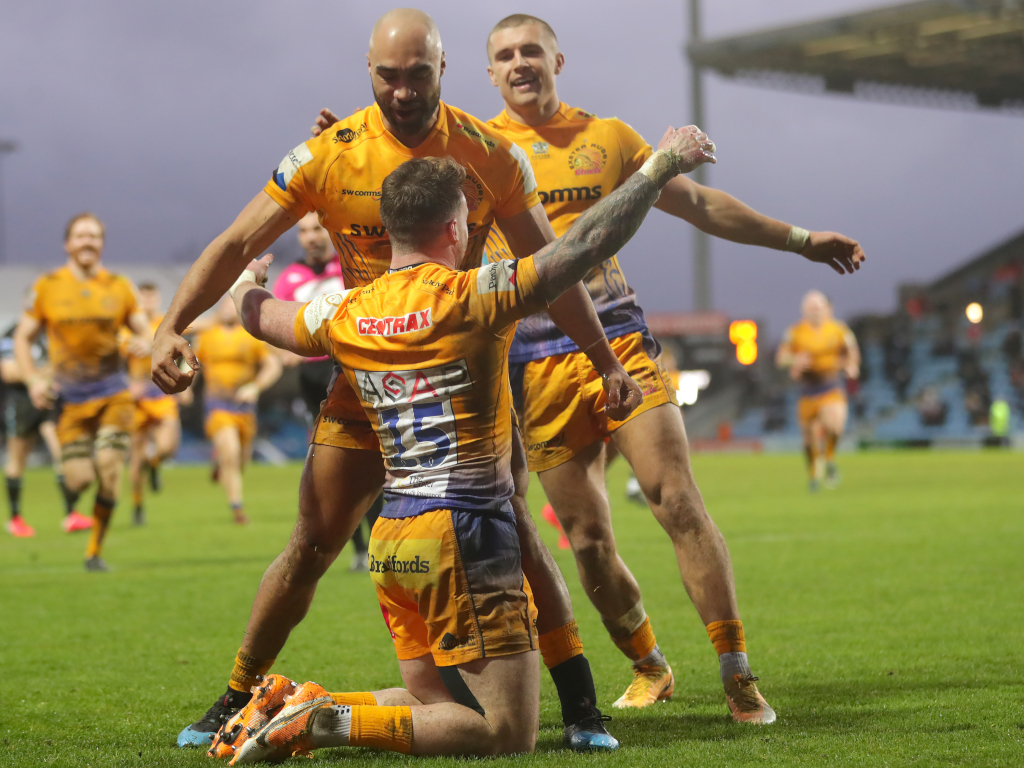 After plenty of exciting action in the Champions Cup over the weekend, Planet Rugby features writer James While delves into the big stories from the games that took place.

Letter of the law

With five weeks of Autumn Nations action preceding this season’s Champions Cup programme, there was a question over the future of the style of modern rugby. Many believed that law makers, law enforcers and game administrators had to act to save the entertainment value of the game, with crowded midfields, kicking strategies and collision rugby all cited as things that prevented the modern spectacle from flowing.

Yet witness the incredible opening feast of rugby in Round One, in particular from Bristol and Clermont, who managed 12 tries between them in a thrilling display of running and handling, and you might perhaps realise that ambition, coaching and intent are a lot more responsible for the end product than any perceived flaws in the laws.

With other matches featuring handling and skill aplenty, from Exeter’s ruthless disposal of Glasgow to Scarlets’ hard-fought away win at Bath, we can only conclude that rugby is in rude health and all in the game can look forward to some more thrilling rounds of top-class rugby as the European matches evolve.

Out of the eight French clubs competing in the first round, we saw the emerging strength in depth of the Top 14, as seven teams emerged with straight wins, four of them on the road, with only Montpellier failing to get over the line as they hosted Leinster.

The depth shown during those fixtures was quite staggering and a portent of just how competitive France are likely to be when the 2023 World Cup comes around. At fly-half, Louis Carbonel threw his hat into the ring alongside the outstanding Matthieu Jalibert and Romain Ntamack. Elsewhere, Cameron Woki put in a masterclass as Bordeaux-Bègles overcame a strong Saints side 16-12 in Northampton, while the veteran Mathieu Bastareaud proved Eddie Jones right about hybrid players as his enormous frame moved from centre to number eight to provide a compelling display of back-row play as Lyon hammered Gloucester 55-10.

The French performance of the weekend, however, came from those giants of Europe, Toulouse, as the exquisite skills of Antoine Dupont and Cheslin Kolbe combined to dispose of a doughty Ulster side in the rain at Kingspan Stadium, becoming the first team to win there in two years.

French rugby has rarely been in such rude health and, if their teams continue to play in this manner, expect them to dominate Europe and elsewhere for a long time to come.

Literally untouchable 🥵@Cheslin_Kolbe11 proving lightning does strike twice in the same place, stepping Stockdale last night just as he did in the quarters ⚡️⚡️

For the champions Exeter Chiefs, it was business as usual as they smashed Glasgow with 42 unanswered points in Sandy Park. Ruthless scrummaging, powerful driving and no less flair and invention combined to produce a display that Rob Baxter described as near perfect.

Old stagers Leinster and Munster again showed that experience in Europe counts for everything, with the Limerick outfit repelling a rejuvenated Harlequins, who, despite a scrummaging lesson from Joe Marler, played 35 minutes of the game with 14 men, after indiscipline saw three yellow cards dished out to their back-row.

At the Rec, a last minute thriller saw the traditional “Rag Doll” match go the way of Scarlets, as they performed a smash and grab raid on their old rivals Bath, a win that may prove vital at the end of the group stages.

Seasoned sides in this tournament once again thrived, proving that success on the biggest club stage doesn’t come overnight.

In addition to those already mentioned, we saw some big displays from across the club spectrum; in defeat, David Ribbans furthered his England claims with a powerful display for Saints, whilst Zach Mercer was at the centre of everything Bath did right down at the Rec.

Wayne Pivac will be thrilled at Gareth Davies’ display in the same match, whilst also noting the impressive form of the Wasps duo Will Rowlands and Thomas Young as they saw their team home to an away win versus Dragons at Rodney Parade.

La Rochelle’s away win in Edinburgh came courtesy of French back-rows Gregory Alldritt and Kevin Gourdon, who both underlined their pedigree whilst Racing 92, who faced an energised Connacht at La Défense, may thank the pinpoint passing of the impish fly-half Finn Russell for getting them over the line, as the Lions 10 contender put in a shift of typical skill and impudence.

But the star of the weekend was the dazzling play of Japanese full-back Kotaro Matsushima, who bagged a hat-trick for Clermont in their tryfest at Bristol. The star of the 2019 World Cup is thriving in the Massif Central and it was thrilling to see the emerging nations supply a runner of his pedigree.

Can he propel the French side towards long-awaited #HeinekenChampionsCup glory this season? 🏆 pic.twitter.com/JfyWp6nLMx

The last word this weekend, rather seasonally, goes to those pantomime villains, Saracens.

It seemed very strange not to see the Men In Black listed in the results, or to discuss the ongoing brilliance of players like Maro Itoje or Alex Goode. Somehow, it seemed wrong, despite their transgressions and despite what the club executives have done in terms of illegality.

European rugby deserves the very best in their shop window and without Sarries, they are truly missing a piece in the jigsaw.

English rugby, too, needs their best players competing in this tournament and the club from other nations would also welcome being tested by the best.

Right now, everyone has lost and it will be two seasons at the very least until we see Saracens return to the fold. However, when they do, the game will be a lot better for their presence, as it always has been.