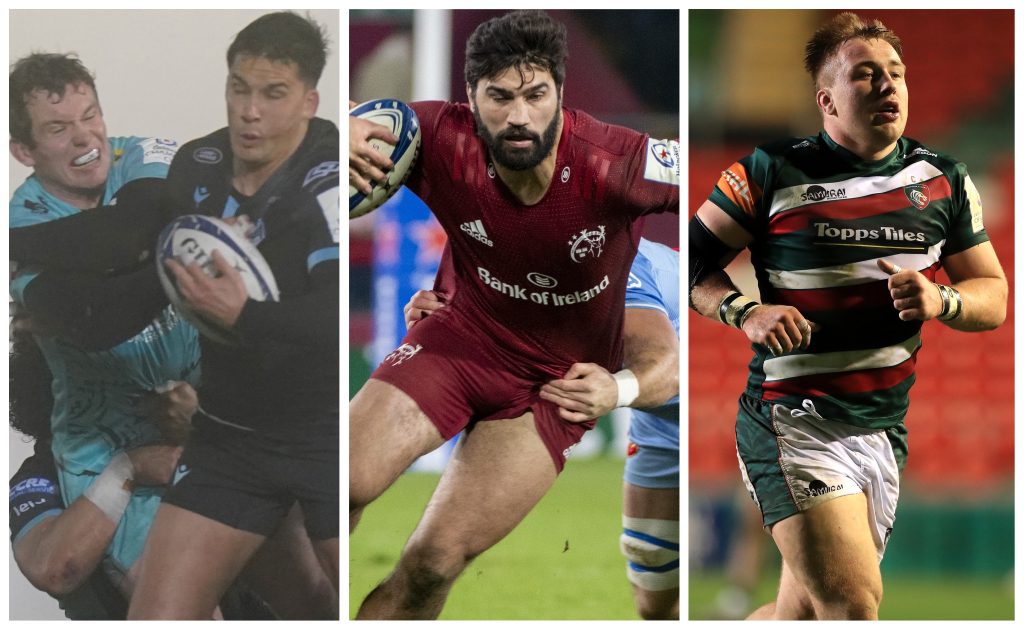 Following a weekend of postponements and cancellations of fixtures due to Covid-19, here’s our five takeaways from the Champions Cup round.

European Rugby took a body blow in terms of cancellations and postponements, leaving the competition in further turmoil as two fixtures were awarded for one team failing to be able to fulfil a fixture, whilst five other fixtures were postponed as a result of the travel measures introduced by the French Government.

EPCR commented that: “The Board received briefings from the three professional leagues which included updated information from the respective governments, however, there were insufficient assurances that these matches would not be at risk.”

However, whilst everyone understands the risks of Omicron and the reasons why the fixtures were needed to be moved, it’s incomprehensible that the Racing 92 v Ospreys and Montpellier v Leinster games are awarded to Racing and Montpellier on the ‘team’ ruling, when the French Government ruling means it wouldn’t have gone ahead in any case.

The global society has learned one thing during Covid – the need for flexibility, and this intrenchment by ECPR seems against any spirit of understanding of the challenges others have faced and there’s no doubt that Leinster and Ospreys should receive the same treatment that others have.

Spare a thought for commentator Andrew Cotter and the BT Sport team broadcasting from a foggy Glasgow where the Warriors saw off (if indeed they could actually see their opposition) a doughty Exeter side 22-7. In any other weekend, the match would surely have been postponed as Cotter and co struggled manfully to pick out the players in the gloom, but the paucity of European rugby available to broadcast meant that the game was sanctioned to go ahead, despite the substandard conditions.

Ironically, Glasgow had a secret weapon in the shape of Kiwi full-back Josh McKay. Drawing on his ‘all conditions’ experience, McKay was the beacon of light that shone in the gloom. Kaiapoi-raised McKay, who joined Glasgow after completing the New Zealand NPC season for Canterbury, was outstanding under the high ball.

It was a thrilling game, played in conditions that were an absolute leveller, but should it have gone ahead in the first place? Probably not, but BT Sport are committed to delivering a product under all situations and it’s to their credit they did exactly that.

A foggy fixture fought fiercely by both, but @GlasgowWarriors claim the latest edition of this modern rivalry 👊

New kids on the block

They say that adversity gives youth the chance to shine, and the performances of Munster and Cardiff in defeat showed exactly the depth of talent at the disposal of both sides.

Munster added a remarkable 22 players to their staff as 14 Munster players and staff remained in South Africa after testing positive for Covid-19, and with 34 personnel also still undergoing mandatory self-isolation following their return to Ireland on 1 December. How they ever got a side out is a mystery, how they managed to carve a 19-13 win v Castres is even more remarkable, as Damian de Allende, Ben Healy, Peter O’Mahony and Tadhg Beirne pulled the Irish province through to a memorable win.

Cardiff visited the Stoop to face Harlequins with 32 players still missing after quarantining following the trip to South Africa, with another 10 out through injury and suspension. Their team at the Stoop was therefore another makeshift collection of academy players, semi-professionals and the handful of Wales internationals who had not made the trip to South Africa. Unbelievably, with bravery and pace, and magnificent displays from James Botham and Theo Cabango, they took the game to the English champions and made life incredibly hard during the first half until England number eight Alex Dombrandt put paid to their hopes with a brace of powerful tries.

It might not have been ideal, but the learning that both Munster and Cardiff have gained in adversity will be vital and welcome for their future progression.

Tiger in the tank

It’s no secret that Eddie Jones is in dire search of a tighthead prop to back up his one powerhouse in that position, Kyle Sinckler.

Over at Welford Road, we saw a thriller as Connacht punched way above their scale weight in a thrilling 29-23 encounter against Leicester Tigers. After both sides got off to a winning start in Round One, it was Tigers who took the honours in Round 2, coming back from an eight-point deficit early in the second half to extend the team’s unbeaten run since the start of the season.

Jack Carty is an unsung hero for Connacht but he kept the visitors ticking along until Tigers exerted scrum dominance that changed the course of the match.

In Joe Heyes, Tigers have a tighthead for the future – a massive man of 6’3” who is learning from one of the best around – Dan Cole. Now, the veteran Tiger may have had his reputation damaged in the Rugby World Cup Final (RWC) by the Beast, but there’s a few that have undergone that ignominy, and there’s no doubt that Cole is still the best scrummager in the country. Cole will be 36 when the next RWC comes along, an age that’s still manageable for a prop. With little coming close to his all-round skill, there’s a whiff of a chance that the old war horse may return for the Six Nations. Let’s hope so – even if it’s just to see a repeat of his brilliant press conferences with his old pal Joe Marler!

To go back to where we started, the European competition is in turmoil and the future is far from certain as the organisers are scrambling to find a window in the already crowded schedule to stage the seven matches that have been postponed this weekend.

And with the new French travel restrictions that have caused chaos likely to continue into January, meaningful completion of the group phase is no longer a certainty. The decision to reschedule the games rather than follow the established protocol of cancelling them avoids the challenge of deciding who should receive the match points given it is a situation outside the clubs’ control.

However, the crammed rugby schedule offers few obvious windows to stage fixtures that have been called off. One option would be to reduce the round of 16 to one leg, rather than two, another is the introduction of midweek games, although this would raise serious player welfare concerns over workload and would stretch already strained resources to breaking point.

Unless the outlook changes dramatically over the coming week, there is the very real prospect of qualification from the group stage descending into a farce, with further issues being caused as clubs are starved of cashflow from gate receipts just as they are getting back onto their feet.

The message is clear – ECPR need to add consistency and clarity to an incredibly complex situation- clarity might be difficult, but consistency is the least the rugby community can expect.