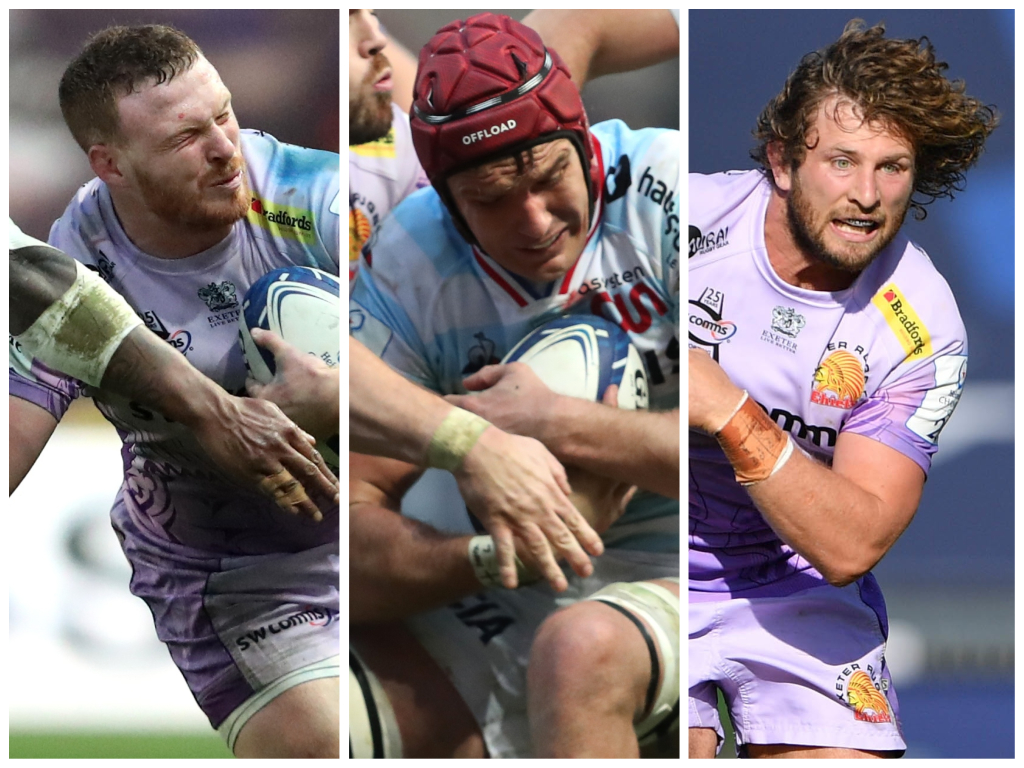 After some exciting action in Saturday’s Champions Cup final, Planet Rugby features writer James While has written his five takeaways from the thrilling contest.

Breath-taking pace, dramatic swings in play and absolute commitment from two talented sides are always ingredients for a high-quality rugby spectacle and that’s exactly what we got as Exeter held on to beat Racing 92, 31-27 in Bristol to become European Champions.

With 15 minutes gone, it looked like a walk in the park for the Chiefs as Sam Simmonds, the EPRC Player of the year, scampered over from short range. However, a Racing comeback led by the outstanding Bernard le Roux and Camille Chat saw them dominate the middle period of the game with Simon Zebo rewarded with a brace of tries.

The biggest difference between the two sides, in simple terms, was efficiency. The ability of Exeter to cross the line from short range again characterised their game and the hammer blow from Harry Williams’s short range try in injury time in the first half showed their awareness and commitment to play to the last second.

Chiefs had firepower in every area of the field, as opposed to Racing who relied almost solely on Virimi Vakatawa and Zebo for their carries and yards, with a little support from Chat. The Exeter front-row were clinical and dominant, their defence was organised and intelligent, double teaming Vakatawa’s powerful runs.

All in all, a great final and considering the disruptions of the last six months, an absolute feast of pure rugby that thrilled all who saw it.

Despite Exeter’s efficiency, the comedic, but at times mercurial, performance of Finn Russell at fly-half, combined with some eccentric substitutions, cost Racing dearly.

For all the clamour about Russell’s attacking ability at fly-half, the basic role of a 10 is to win matches.

His speculative and, at times reckless, handling, cost his side at least 14 points and his inability to maximise the clear gain line dominance created by his forwards and Vakatawa showed that as a top-quality game manager he’s nowhere near the finished article. His supporters will point to a couple of brilliant passes, his detractors will highlight 78 minutes of lamentable game management, tactics based on opportunism rather than structure and a lack of awareness that showed no thought of a drop-goal play when in front of Chiefs’ posts with four minutes to go.

His on-pitch naivety was compounded by the hapless tactical substitutions of Racing 92’s stand-out players – the immense Le Roux who was the best forward on the pitch for 65 minutes and the spikey Chat whose power in the loose caused Chiefs no end of headaches. Le Roux was the heartbeat of Racing for 65 minutes putting in a huge personal shift, dominating collision and lineout, aggressive in contact and almost always ‘just’ on the line of the laws.

When playing a side of the calibre of Exeter you can barely allow one mistake, let alone the catalogue of errors displayed by Russell and the team management and, in a game of fine margins – put simply, their litany of blunders cost their side the game.

Chiefs have always been a sum greater than the parts in many people’s eyes, a testimony to the culture and structure of Rob Baxter’s outstanding management.

But on a day where a couple of international firecrackers became damp squibs, the real standouts were the lesser championed players of Exeter. Up front, loosehead prop Alec Hepburn was unlucky not to be named man of the match, as he destroyed his opposite number, Georges-Henri Colombe, winning penalty after penalty at scrum time and still having the energy to gallivant around the loose exchanges like a fourth back-rower. Dave Ewers was the go-to man to get Exeter go-forward time and time again, racking up 13 powerful carries.

Jonny Hill didn’t have it all his own way in the lineout, with Le Roux pressuring him all day but, in the close exchanges, the man mountain was a force of nature, clattering away tirelessly from ruck after ruck. He now must get his chance at international level, having answered all questions about his physicality.

In the backs, Ian Whitten, the quiet man of steel, put in a defensive performance of the highest order, whilst Tom O’Flaherty 60 metres from 10 carries speak volumes for his importance to Chiefs’ attacking ambitions.

Above all, Exeter becoming European Champions is a reward for a club that’s doing things the right way.

The culture that Rob Baxter and his coaching team has created is one of fun – Sandy Park being a place where players stay for enjoyment and play for each other. Whilst some big names come and go, every player that comes through Baxter’s hands seems to improve, to become a better rugby player.

It’s a club built upon real foundations – those of honesty, integrity, enjoyment and a sense of fairness, something that Exeter fans are quick to remind all of. Their outstanding squad has been built with financial compliance and it’s a fair reward for chairman Tony Rowe, a driving force alongside Baxter.

It just may be that this is the end of one 10-year journey for the club – a trip that’s seen them rise to become the best. With good fortune, the next 10 years may see them remain the best.

Rumour has it that it’s an unwritten rule of Eddie Jones’ tenure as England coach that, if you play for Exeter, you have to do that little bit more to get into the national team but, based on this season’s showings, perhaps the garrulous Australian may need to revise his opinion on the value that some of the Chiefs bring.

Whilst the back-row options he has are, to say the least, competitive, Simmonds’ explosive form should earn him a recall to battle with Ben Earl for the back-up number eight shirt. His brother, Joe, has nudged ahead of the chasing pack of young fly-halves and will be favourite to back up the established George Ford and Owen Farrell. The whole front-row are a formidable unit and might just get the nod en masse, with Hepburn showing huge improvement in the tight and at lock, as noted, Jonny Hill has absolutely earned the right for an extended selection in partnership with Maro Itoje.

With Henry Slade and Jack Nowell shoo-ins for any matchday 23, the future looks literally rosy for a lot of Exeter’s players and it’s down to Baxter, and that ability we referenced before, to improve and nurture the talent that comes through his magical hands. We expect a massive contingent of Chiefs when Jones names his full training squad in a week’s time and, judging by yesterday, it’s fully deserved.