Home International Five takeaways from the Autumn Nations Series round 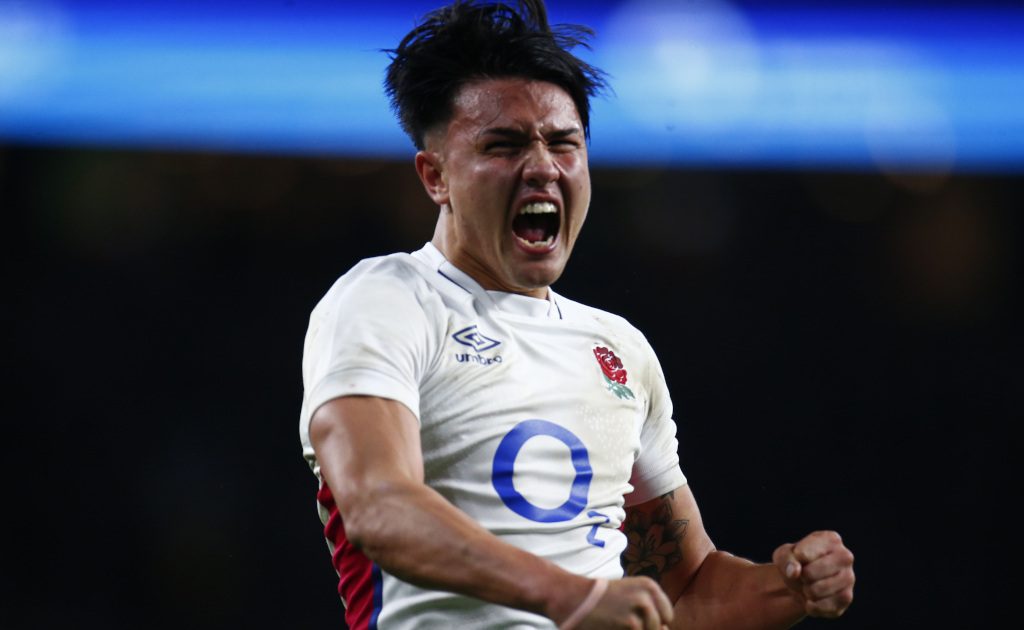 It was a great weekend for the northern hemisphere as England, Wales and France were among the notable winners in the final round of the Autumn Nations Series.

Rugby World Cup holders South Africa were seen off at Twickenham while Scotland beat Japan, but the standout result of Saturday’s action was New Zealand’s comprehensive defeat in Paris.

Here’s five talking points arising from the games over the weekend.

Farrell’s place in the midfield puzzle

As Marcus Smith played with a maturity beyond his years, Joe Marchant brought pace and athleticism and Henry Slade fizzed passes around Twickenham, it was hard to see how Owen Farrell fits into Jones’ ‘New England’. The ankle surgery that may force him to miss the start of the Six Nations could see the midfield continue to develop into a potent unit and Slade in particular is revelling with the central role he has been given in Farrell’s absence.

Manu Tuilagi showed pace to run in England’s first try but in the act of scoring he hurt his hamstring and his afternoon was over after just six minutes. The Sale powerhouse is irreplaceable as a rampaging centre but his long list of injuries point to a brittleness that means he is an unreliable bedrock for the team. Jones’ challenge is reconciling the fact that the majority of England’s great performances over the last decade have been built around Tuilagi’s carrying threat, yet he is far from certain of being available for the 2023 World Cup.

As Freddie Steward ruled the skies, Smith orchestrated play with composure and front-row rookies Bevan Rodd and Jamie Blamire played themselves to a standstill, it was clear that the new era promised by Jones has real substance. A clean sweep of victories this autumn has healed the disappointment of a dismal fifth-place finish in the Six Nations and built excitement with the World Cup two years away. Now a team refreshed by new faces is attacking with real intent and there is a spring back in England’s step.

For only the second time in the last decade, New Zealand fell to back to back defeats. A week after crashing to Ireland, they were picked apart by their opening opponents at the 2023 World Cup as France produced a classy display in Paris. It confirmed Les Bleus’ rebirth in compelling fashion and if they continue along this path they could enter the tournament they are hosting as favourites. Before then, their clash with England in the climax to the Six Nations promises to be a humdinger. The All Blacks, meanwhile, continue to look vulnerable to big packs.

Wales gained an overall pass-mark from their autumn campaign, with victories over Australia and Fiji following a narrow loss to world champions South Africa and comprehensive defeat against New Zealand. Injuries hit hard with more than 15 players unavailable for the Wallabies clash, but unheralded prospects like Ben Carter, Christ Tshiunza and Ben Carter continued an impressive learning curve as Wayne Pivac’s men plot the defence of their Six Nations title.