Home International Five takeaways from the Autumn Nations Cup round 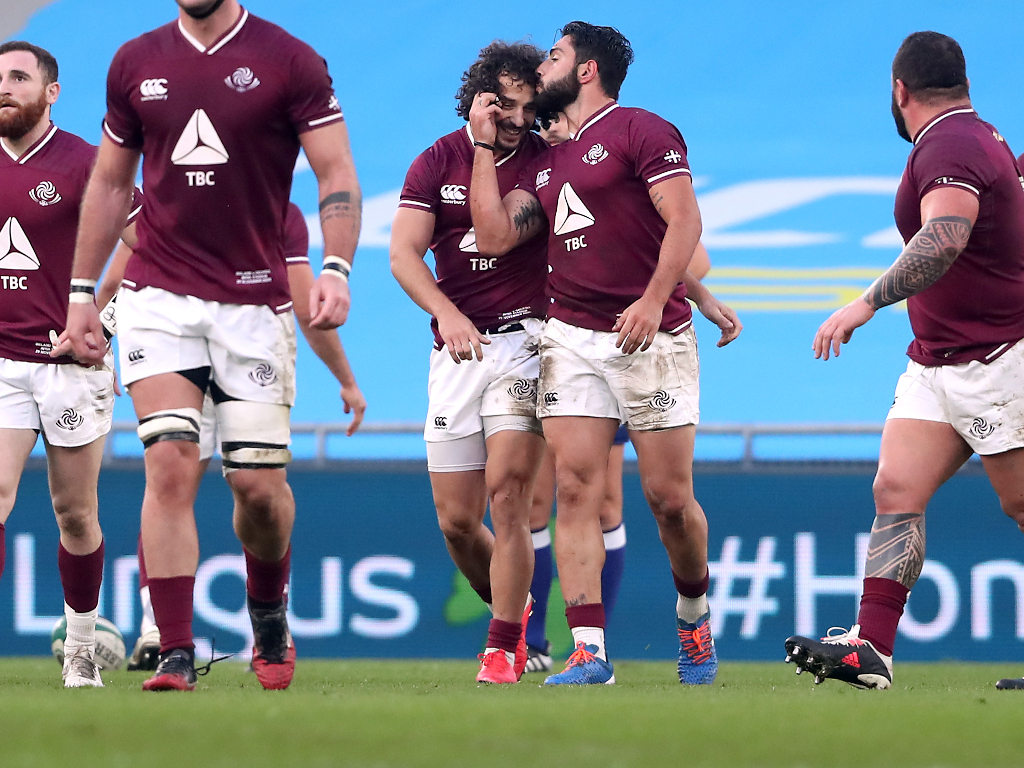 The third round of the Autumn Nations Cup is over across Europe and here’s five things we learned from the series of international games.

France and England pulled off comfortable wins over the weekend, France showing depth and flair to see off a plucky effort from their Italian neighbours while England ground down a characteristic win in the gloom of Parc y Scarlets.

The big talking point with regards to the French is the depth they unloaded on the game; a side with some 12 changes to their previous line-up showed their remarkable quality, especially in the back-row where both Sekou Macalou and Cameron Woki put in displays of mobility and support play that will put healthy selectorial pressure even on the established starting trio of Charles Ollivon, Gregory Alldritt and Dylan Cretin.

At 10, Matthieu Jalibert showed a pragmatism of game management that offers a complete contrast to the intuitive style of Romain Ntamack, giving Fabien Galthie all-conditions options in the fly-half shirt. With the Top 14 imposing a player appearance cap on the French team, their selection for the final will be somewhat hampered by the agreement, but based upon the showing of their second string, that’s a challenge that France will relish.

England’s gritty display saw a move forward in terms of ambition as George Ford’s pinpoint passing gave Eddie Jones’ men a little more sizzle in attack. But again, we will talk a lot more about the power and handling of props and back-rowers than we will about the finishing power of England’s talented but seemingly furloughed backline. However, Jones is a pragmatist and his only goal this autumn has been to create winning habits for his team. Moving forward, with a little more ambition bolted on, his team may move from world borers to world beaters but don’t expect any change in intent until England try and close off the tournament this weekend.

Ireland and Wales are both in serious rebuilding phases right now, with the commonality of injury and age running through the problems faced in selection and execution by both Ireland’s Andy Farrell and Wales’ Wayne Pivac.

Ireland look like a side that have a structure to play in, with a serviceable set-piece and a strong gainline presence. They’ve lacked go-forward in midfield, but that’s as much down to the injury list of their centres than any perceived lack of attacking ambition. With all of their squad fit and firing, and with Billy Burns and Will Connors heralding a new generation of players in key positions, they’ll move forward to the Six Nations in February with greater clarity than they had a month ago.

Sadly, that’s not the same for Wales. Without any form of set-piece rugby is a tough game to win and the Welsh scrum and lineout have been an unmitigated disaster. The front-row has long been an issue since the retirements of Adam Jones and Gethin Jenkins, but to have absolutely no obvious lineout leadership or plan is close to a criminal offence for an international coach. On Saturday, Ryan Elias and Elliot Dee’s throwing was so inaccurate that people on the touchline were almost ducking in fear of decapitation as wayward throw after wayward throw scattered Parc y Scarlets like confetti at a wedding. You cannot play Test rugby without a platform and without a plan and right now, Pivac has neither. Things are so bleak that should Wales lose their last fixture against Italy, he might also find himself without a job.

The brightest Celtic light however is that of the Scots, who have had a reasonable campaign, despite the weak and abridged fixture list in their group. Players like Ali Price and Jamie Ritchie have moved their game forward into Lions’ contention and, despite the injuries to key men such as Finn Russell, they’ll travel to Dublin this weekend looking to put a little icing on their cake of improvement. They are fast becoming the best of the chasing Celtic pack and it’s great to see something of a minor resurgence in their game.

Possibly the only performances that have put a collective smile on the fans of teams from all nations has been the plucky displays of Georgia.

Their set-piece has been strong enough to compete with the established nations, they embrace the gainline defence with all the fervour of a nation that lists ‘Wrestling’ as their national sport and at times, their midfield work has shown a delicious disregard for modern kicking structure, characterised by an ambition to handle, which resulted in the try of the tournament for young centre Giorgi Kveseladze on Sunday.

If I was a European club looking for a centre next year (contract dependent) I’d be having a serious look at Giorgi Kveseladze (13) for Georgia on Saturday. Besides the excellent try he really gets the defensive part of his game too. Abrasive & hard working. Could have been MOTM

With a strong spine of the team through hooker, eight and half-backs, they’ve an element of control and plan that more illustrious teams could learn from and they’ve done their chances of joining the Six Nations no harm at all. We can only hope Fiji get to play the proud Georgians this weekend, in a game that the European side will see as a chance to rubber stamp their improvement.

It’s easy to bag Italy for yet another disappointing set of results, but in Paolo Garbisi they’ve found a fly-half that will serve them well for a good few years. What is evident is they are moving forward in terms of plan and ambition, and with world class back-rows in the shape of Jake Polledri and Braam Steyn, they’re one result away from a turnaround point and will relish their trip to Cardiff where they’ve nothing to lose.

One of the biggest talking points of the weekend was the news that Pivac has referred French referee Romain Poite’s performance to World Rugby for review. Now, watching replays, it’s undeniable that a few marginal calls went England’s way, notably Sam Underhill’s tackle on an airborne Dan Biggar that resulted in a try for Henry Slade.

However, whilst every referee makes on-field errors from time to time, it’s the manner in which they manage the match that informs their overall score. Judged on this, Poite’s complete disregard for interaction with his team of officials, his speed to overrule his TMO and the general whimsy of his spoken communication on advantage, offside and scrum engagement are all valid points for Pivac to raise.

Whilst it would be wrong for Wales to blame their defeat on the referee, both sides are due more respect from the officials than Poite’s reluctant display provided. With the game stuttering and starting all afternoon, clarity of instruction may have made a difference and the findings from World Rugby will be greeted with interest from all within the game.

When rugby history looks back at the inaugural Autumn Nations Cup, how will it be judged?

It’s very easy to sit in cruel judgement at this hastily organised cash-cow; the style of most games has be painfully defence orientated, intuitive rugby appears to have been abdicated in favour of a dreary procession of kicks and chases and at times, even the best of sides have been in real danger of boring a glass eye to sleep.

But with the Unions starved of income, it was a financial and structural necessity, a tournament that injected some revenue into the beleaguered bottom lines of the balance sheets of the game, and when in sitting in criticism, we must remember that for almost six months, we saw nothing in the way of professional rugby, let alone Test rugby.

The brand of the tournament hasn’t been helped with its disastrous coverage partnership with Amazon. Watching seemingly endless kicking duels is painful enough on its own, but with Jeff Bezos earning a reported $2500 per second, and with subscribers being asked to pay a premium to watch his channels, surely Amazon might have invested a little more into the quality of their content? The camerawork has been something just marginally better than a Facebook iPhone stream with juddering pictures, dimly lit and grainy in quality. The access to the coverage is patchy, with playback or recording somewhat random at times and the production and direction of the footage has clearly been executed by someone who’s obviously never set foot in a rugby stadium before, other than potentially to see Britney Spears’ comeback tour.

Sure, at this moment in time, we should be grateful for any form of Test rugby in the Northern Hemisphere, but our personal entertainment appears to be undervalued enough for a broadcaster to take on a project and deliver with flagrant disregard for quality of coverage, the sound punditry of David Flatman, Sam Warburton and Dylan Hartley notwithstanding. This is a very dangerous precedent, notwithstanding the Union’s need to raise revenue and one that should be scrutinised hard from the aspect of quality, both on and off the pitch.