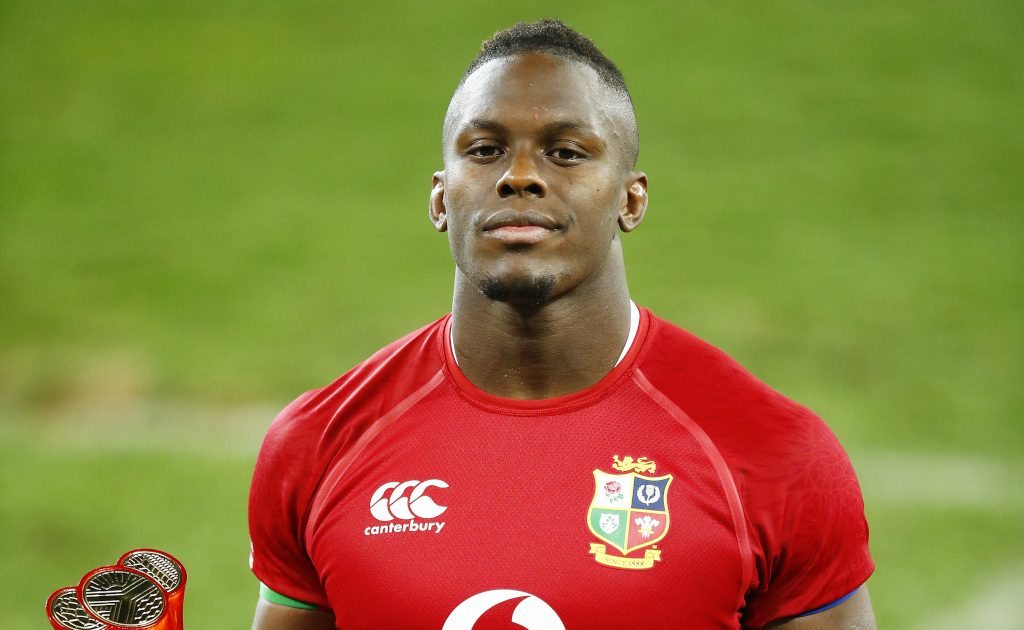 Following the British and Irish Lions’ 22-17 victory over South Africa on Saturday, here’s our five takeaways from the match in Cape Town.

This was a match with box office finish but a game with back office skills.

A game of two halves, the British and Irish Lions came back from a 12-3 deficit at half-time to take the spoils by 22-17, with an incredible display of control, aerial dominance and set-piece solidity in the second half.

Sir Ian McGeechan often says play with fire in your hearts but with your head in the fridge and Alun Wyn Jones’ decision to kick for deep touch rather than take a shot at goal five minutes into the second half paid dividends for the visitors, as the ensuing lineout saw Luke Cowan-Dickie drive over for a try on his Lions debut.

The second half was all about control, exit strategy and winning the aerial battles, and the uplift the Lions produced from their lacklustre first half was quite remarkable, but understandable given the fact this is a side that had never played together before.

The first half was about South African pragmatism; they continued a Test match where they left off in the World Cup final in 2019, accurate, aggressive and intelligent. But they were also toothless – their scores and attacks coming from turnover or Lions indiscipline.

The game isn’t one you’d pin up in an art gallery, but for tension, suspense and sheer commitment, you’ll struggle to see better.

Itoje started brilliantly and got better, absolutely dominating breakdown, lineout and gainline. His turnover on the try-line in the first half will go down in Lions history like John Bentley’s long-range try in 1997. and his craftsmanship, intellect and skill allowed him to eclipse anything he’s very produced in an international shirt to date.

Alongside him was the giant figure of Courtney Lawes; catching, clearing, challenging and carrying. A quiet and unassuming man who has contributed hugely to every team he’s played for, his conscious switch to blindside, one that saw him shed four kilos to specialise, paid dividends. His carries hurt South Africa to a terminal level in the second half, with one 20 metre carry in particular being the lethal moment that saw South Africa visibly crumple.

Either side of the magnificent English duo, Jones put in a performance that… well, it leaves you speechless considering this time two weeks ago he was watching in Wales with little to no hope of playing. His leadership, presence and power were all huge and this will go down as one of his greatest days, in a career littered with historic moments.

And a word too, to Jack Conan, who was massive at number eight, especially in the last quarter, when his drives and carries gave precious yards into contact and created clearing space for his half-backs to exploit.

Make no mistake, this was a team effort, but all teams need foundations and on Saturday, Itoje and Lawes were the footings upon which the win was built.

The irony here is that South Africa started the match winning the micro battles of discipline, aerial threats and the breakdown. The Lions really struggled to get in the game early doors and put themselves under pressure with a first half penalty count of nine to five against them. However, once they adapted to the consistent and accurate demands of referee Nic Berry, then they started to flourish.

Duhan van der Merwe, Robbie Henshaw and the diminutive figure of Elliot Daly stepped up to the plate and with Dan Biggar and Ali Price gaining confidence in their embryonic partnership, their accuracy with boot increased and the three three-quarters flourished as they pressured the smaller Springbok back three.

Warren Gatland admitted that his half-time team-talk was delivered to focus on momentum and accuracy, removing penalties, and confirmed that he’d talked to the team about the options of taking a penalty to the corner if the three-point kick was 50/50.

As South Africa tired, and they noticeably fell off in intensity at around 60 minutes, so the game evolved and the Lions intellect came to the fore, with their mental resilience allowing sharp exit strategies, their play around the breakdown squeezing a number of vital turnovers and penalties.

It was a game of two halves and the Lions will take vital momentum and motivation they created in the second half into next week.

The Springboks are worthy world champions, but even their resilience and ruggedness is no match for the global pandemic we have recently seen. There’s no doubt they faded in the second half and the longer the game went on, the more powerful the visitors appeared to get.

They had their moments; Pieter-Steph du Toit was his usual immense self and Eben Etzebeth matched him blow for blow, but both came second this time to their old foes, Lawes and Itoje. In the centres Lukhanyo Am and Damian de Allende were almost flawless in the first half, but the second saw them blowing and unable to claw their way back into the game.

However, as mentioned, these are a team of world champions in a country where rugby is the only common religion; they’re also a team that are the masters of analysis and they’ll regroup, recharge and rejuvenate to try and level the series next week.

They’re a 50 minute side right now, but in seven days’ time, they might well be back to their usual 80 minutes. Watch out Lions, it’s game on.

A lot of rattle during the week leading up to the game revolved around the perception that South Africa had a secret weapon in terms of bench impact and that their World Cup-winning front-row coming off the bench would surely obliterate the doughty visitors.

Nothing could be further from the truth. The Lions replacement front-row of Mako Vunipola, Ken Owens and Kyle Sinckler came on and bettered their much-vaunted opponents. Hamish Watson, a silly penalty aside, was a perpetual motion machine, slamming into contact, clearing rucks and generally sweeping up any mess his rugby OCD came across.

Vunipola and Owens were absolutely compelling; both staying straight and legal and Vunipola putting in some bullocking charges, with Owens cherishing the ball as if it were his own son. Both veteran front-rowers will be beaming with their team and their personal performances at Cape Town Stadium.

And the old men at half-back, Owen Farrell and Conor Murray strolled on and simply said, “Sod this, we ain’t losing – let’s play down their end,” and spent 20 minutes providing a masterclass of error free control from the base and 10.

In a match where the bench was considered a weakness, the Lions made it their strength, and by the end of the game, there was little or few areas of the game where they didn’t have the upper hand.

It was, in short, a night to remember.