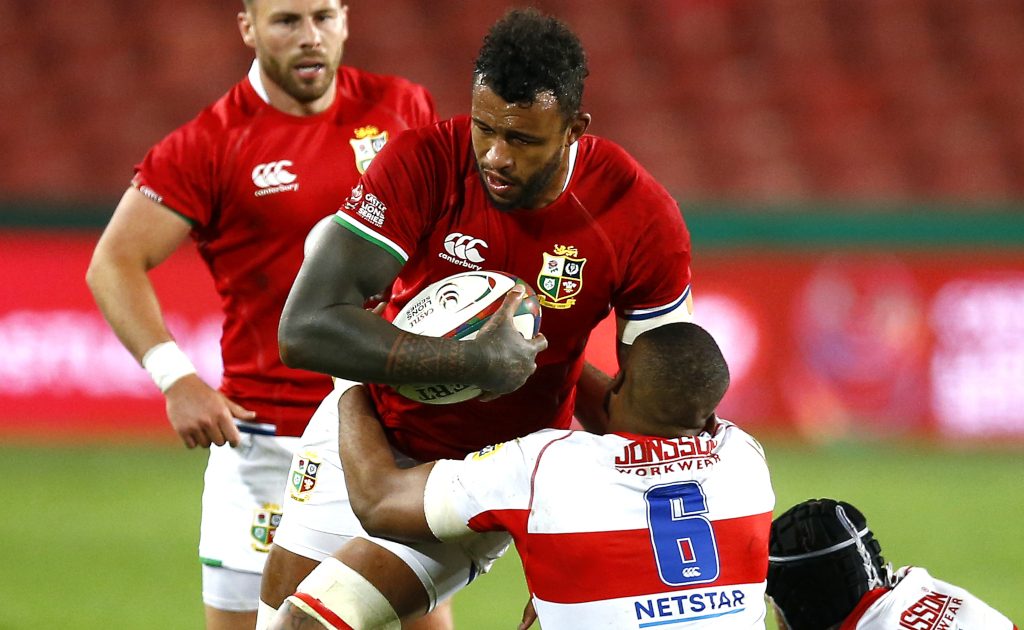 Following the British and Irish Lions’ 56-14 win over Sigma Lions on Saturday, here’s our five takeaways from the game in Johannesburg.

For the opening match of the British and Irish Lions tour of 2021, this was a performance that will warm the hearts of the coaches and fans. It was a win forged by the powerful forwards, with Hamish Watson, Maro Itoje, Jamie George and Courtney Lawes absolutely outstanding, and finished by the brilliant Welsh running outside, with Josh Adams bagging four tries in a sumptuous display of finishing.

The Sigma Lions were worthy opponents; fixing the Lions at the breakdown for a long period of the game and holding their attacking ambition with clever interventions. Despite finishing bottom in the Rainbow Cup, they showed just what depth of rugby there is in South Africa.

For the Lions, they’ll be delighted with the performance and the learning shown. Sure, some kicks were overhit as altitude fooled their compasses, but as opening matches go, it was something that will energise the tour and gain the class of 2021 a lot of respect in a land where rugby is a religion.

The lineout and gain line were two crucial components of this win and both showed a considerable step up from the rather flat showing at Murrayfield against Japan. The outstanding George was pinpoint all evening, but importantly, he was able to hit extended long lineouts with 12 of his 17 throws, allowing the Lions pace of short pass and holding the Sigma Lions’ midfield defence.

In the pack, Watson was a man of steel in both carry and in leading the blitz defence. At 5’10” he punches so far above his size it’s ridiculous and his man of the match nomination was just reward for his industry.

Itoje and Lawes, the latter in his favoured position of flank, seemed to be everywhere. The Northampton Saints man matched Watson carry for carry and has reminded all of his quality in the back-row, whilst Itoje was just magnificent – taking nine of his own lineouts and helping himself to three of the opposition.

In truth, no forward had a bad game; even Jonny Hill grabbed a try assist by offloading for Adams’ third try and Kyle Sinckler’s handling was sensational all night. Make no mistake, this side are building and the competition is strong.

Let’s be honest; no side with Finn Russell at 10 and Gregor Townsend as attack coach is going to be lacking in vision or option. But it was the players on the wings that’ll get all of the headline with Louis Rees-Zammit repeating his Welsh ‘score with first touch’ in the matching red of the Lions. The youngster’s blistering pace was evident and he will grow even further on this tour.

Adams’ nose for the line is absolutely exceptional. Show him a gap and he’s away. However, he can’t finish without others putting him in those positions and Russell, Elliot Daly, Owen Farrell and Hill duly obliged, relishing putting their big wing away, with Daly in particular putting in a cameo 30-minute performance.

Chris Harris too was a revelation, a man considered by many to be taken as a defensive specialist. He put in some powerful runs and telling passes as he and Farrell gelled well in the centre.

But the headline was the intensity with which the Lions attacked. They were fast, intelligent and mobile, the three key ingredients needed to beat the physicality of the Springboks in their own back yard.

After the Japan game at Murrayfield, it was clear that the team as a whole looked a little disorganised in defence and also protected the wider channels poorly, especially in the key 13/14 channel.

However, tonight, they looked a different side. The rush, led by Watson, Farrell and Harris, drove the Sigma Lions back time and time again, while Harris was brilliant in organising the channel defence, making sure he and his two wings were working together in harmony with the 16th man (touchline).

On the gain line, Watson, Lawes and Itoje created absolute mayhem, hammering carriers back all night, and put in a huge collective shift on two sustained periods of play in the first half. Maybe if you want to be churlish, you might argue the Sigma Lions had the better of the turnover encounters, but that was as much down to the British and Irish Lions’ possession stats as any other reason.

Skipper Stuart Hogg comment after the game that ‘they wanted to be the best defensive side in the world’ and based on tonight, they’ve taken a big step to doing that.

No performance is perfect and at the top of Warren Gatland’s mind will be the fact his charges have not yet faced any of the big Springboks, who are sure to be a step up in terms of power and intensity.

If you want to pick nits, the scrummage failed to exert any form of dominance with a distinct issue of height control by both looseheads, Wyn Jones and Mako Vunipola. The scrum will be a big part of the Springbok plans and the Lions are yet to quite click in that area.

The rolling maul too seems to be a little disjointed – with a lack of precision that’s understandable considering how little time these players have had together. The lineout was lightening quick across the ground and in extending, but less so in support and drive, and you can be sure that Robin McBryde will be focusing on this in training next week.

But the biggest headache might be with the management; they’ve played 35 players so far and each and everyone of them could be a Test candidate. Warren Gatland will welcome that because, based upon the evidence tonight, the British and Irish Lions 2021 show is already well and truly on the right road to Test success.