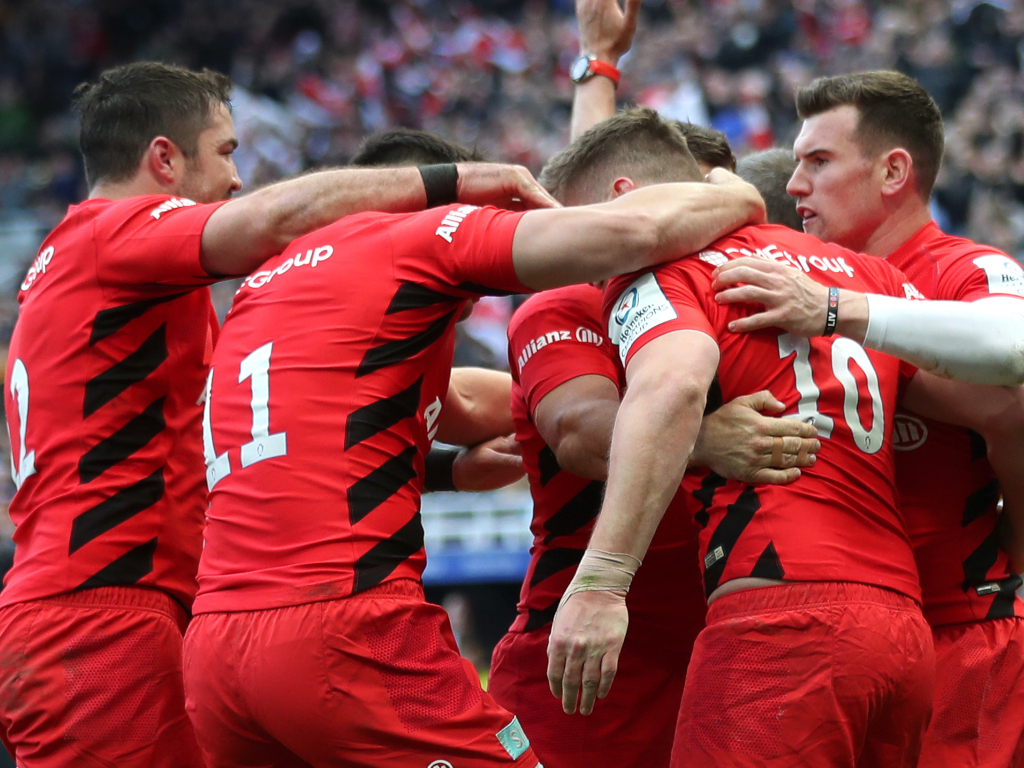 Following a 20-10 win for Saracens over Leinster in the Champions Cup final, here’s our five takeaways from the Newcastle clash on Saturday.

Billy in excellent form: Has been in the headlines for off-field comments of late but will be front and centre for his on-field work after a brilliant shift at St James’ Park. Vunipola ended with 16 carries for 65 metres and also did his bit without the ball, finishing with 17 tackles. Alongside the likes of George Kruis, the England number eight was among the standouts for Saracens and looks in great shape.

George Kruis or Billy Vunipola could easily have been man of the match today.

Were Leinster underdone? A pre-game conversation at Planet Rugby noted that the vast majority of Leinster’s first-team had not been in action since their Champions Cup semi-final win over Toulouse on April 22, so would they be short of a step? Ordinarily, Leinster’s star personnel rise to the occasion in these big games and after moving 10-0 up things did look positive. However, no further points were added while Sarries, who were in fine form against Wasps on April 27 before having a weekend off, went from strength to strength. Just a thought.

Double now very much on: Saracens’ Premiership rivals would be forgiven for losing a touch of confidence regarding their own hopes of lifting the English title at Twickenham after that showing. Sarries, to their rivals’ detriment, look every bit in title-winning form and now that they’ve got the taste for silverware, few would bet against them going on to making it a European and domestic double on June 1. Exeter might have something to say about that but in truth it’s only the Chiefs who are realistic banana skins to this excellent side.

Saracens’ defence superb: There aren’t enough compliments for that performance without the ball from Saracens. They refused to throw players into the ruck and consistently knocked Leinster backwards in contact in a disciplined and physical shift from the whole squad. The Irish giants are not used to being denied front-foot ball and one can’t help but be impressed with how Saracens strangled the life out of their opponents in Newcastle. They made 191 tackles but most of those were dominant collisions, while their scrum held the edge throughout.

If you want to see where the #ChampionsCup final was won and lost – @Saracens couldn’t be more dominant in the area that was all the talk. Not only winning their own gainline & collisions but stopping @leinsterrugby to an unbelievable level. Physicality like you couldn’t believe! pic.twitter.com/KXBwIFXB8m

Two minutes that changed the game: Everything was peachy for Leinster with 38 minutes gone. They had built a 10-0 lead and had a man advantage after Maro Itoje was yellow carded on 30 minutes for a cynical offence. What followed was truly remarkable from the English team as they launched a fightback that saw them go into the break at 10-apiece. That seemed to knock the stuffing out of Leinster who must have been scratching their head in the dressing room wondering how they were level. Saracens’ confidence grew thereafter and the rest is history.