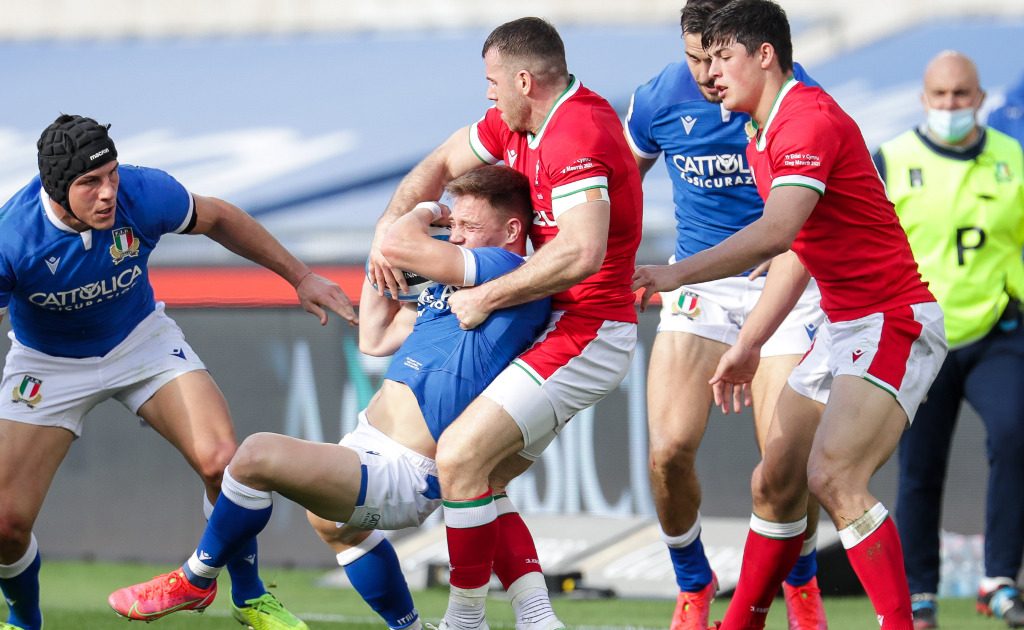 Following a 48-7 victory for Wales over Italy in their Six Nations game, here’s our five takeaways from Saturday’s match in Rome.

We’re referring to both the mistakes and their incredible ability to give away stupid penalties, as a series of needless errors allowed the visitors to build an insurmountable lead early on. It started with Paolo Garbisi – a shining light for the Azzurri over the past few months – sending the ball dead from the kick-off before Luca Bigi infringed at the breakdown. The captain then cynically stopped a Gareth Davies quick tap and was duly yellow carded. Against 14 men, Wales built up an advantage they would not relinquish as the visitors won the game before it had really started. It was not a good example from the skipper and is symptomatic of where the Italians are currently at.

Arguably since before the 2017 British and Irish Lions tour, the back has struggled for form, leading many to question whether that was it for the Welsh centurion. Although he is only 28, it must be remembered that North has been around at the top level for a long time and there is only so much the body can take in modern day rugby. However, the move into the midfield seems to have given him a new lease of life, with the Ospreys man impressing in the 2021 Six Nations. Initially, there were question marks about his defence when moving inside from the wing, but his all-round game has been sharp this year.

The battle for the Wales 10 shirt

To the surprise of many, Callum Sheedy did not start against Italy after his superb performance versus England. Instead, it was the much criticised Dan Biggar who continued at fly-half and produced a significantly improved display before giving way to the Bristol playmaker in the second period. Sheedy was also excellent when he came on and it leaves Wayne Pivac with a decision to make going forward. No doubt, Biggar will start next week against France – albeit the head coach is not afraid of making a big call – but the 25-year-old is certainly not far off the first XV.

🏴󠁧󠁢󠁷󠁬󠁳󠁿 Wales blow Italy away in first half as they win again. #ITAvWAL

✍️ Have a read of the #GuinnessSixNations match report, here. 👇 https://t.co/v4BKJcK8PS

Italy out of their depth

Much has been said and written about the Azzurri’s continued presence in the Six Nations and based on the evidence in this fixture, they really shouldn’t be playing in a competition of this stature. Franco Smith’s charges were never at the races with Wales racing into a 22-0 lead midway through the half without really breaking a sweat. Italy hardly threatened on attack – especially during the first half – and it looked like it was a case of men against boys for large periods of this Test. The result means they have now lost 31 matches on the trot, which is the longest losing streak in the history of the Championship, and they last tasted victory in a Round Three clash against Scotland in 2015. The time is now ripe for tournament organisers to reconsider their participation.

Although Italy were never in this encounter, Wales deserve plenty of credit as they impressed for the entire game and made full use of the opportunities which were presented to them. Pivac will be delighted with the clinical fashion with which his players went about their business and they had their bonus point in the bag by the half-hour mark after Josh Adams, Taulupe Faletau and Ken Owens (2) crossed for tries. Despite leading 27-0 at the interval, Wales did not take their foot of the pedal with North also crossing the whitewash soon after the restart and although Monty Ioane scored a try for the hosts, that was a mere blip as Wales continued to dominate and sealed their win with five-pointers from Sheedy and Louis Rees-Zammit.