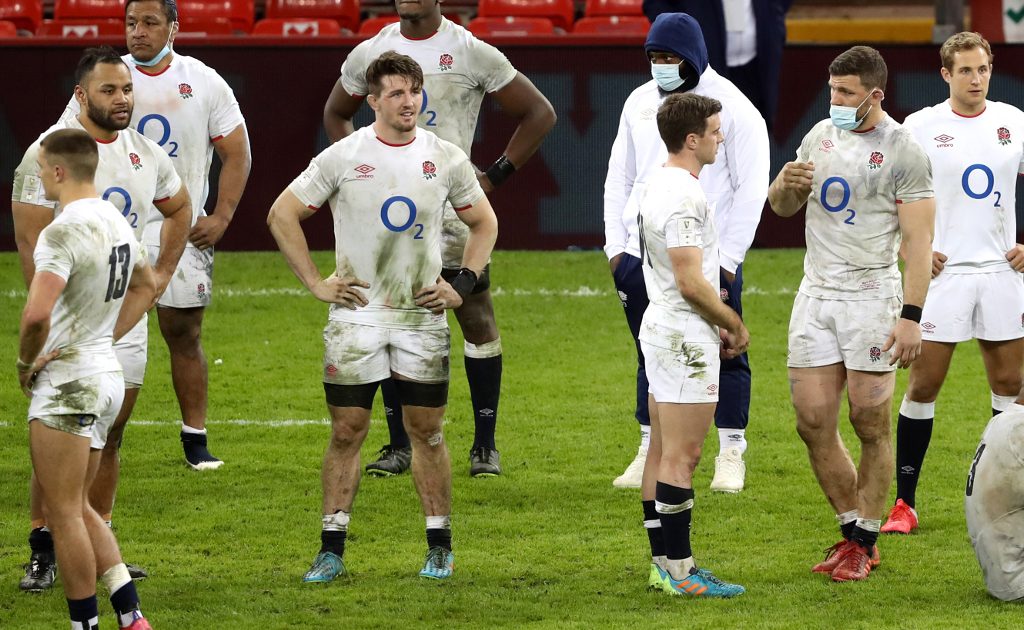 England equalled their worst Six Nations performance when their 32-18 defeat to Ireland registered a third loss to condemn them to a fifth place finish.

If confirmation were needed, the collapse in Dublin proves that England have gone backwards at an alarming rate since reaching the final of the 2019 World Cup. A glorious round four victory over France aside, they have fallen far short of the dizzying heights scaled against Australia and New Zealand just 18 months ago. Finishing fifth, with only perennial losers Italy sparing them the ultimate indignity of finishing bottom, is a dire outcome for a nation that boasts the game’s greatest playing and financial resources.

Worse than it looks

The headline figure of three defeats in five games fails to illustrate the true depth of their slump. In the Calcutta Cup debacle that opened their ill-fated title defence they were the victims of an 11-6 thrashing as Scotland failed to reflect their dominance on the scoreboard. Wales avoided that shortcoming by compiling a record score, prevailing 40-24 to end England’s title defence in round three after taking control of a decisive final quarter. But most emphatic of all was a 32-18 rout at the Aviva Stadium that completed the reverse Triple Crown for the first time in 45 years. Fifth place is fully deserved.

At the heart of England’s malaise is Eddie Jones, the ringmaster who has currently lost his touch. To listen to his senior players speak after Ireland had run amok, the head coach retains the loyalty of the dressing room, but on the evidence of this Six Nations his methods are no longer working. Ammunition is accumulating for his critics who believe change is needed – an appalling average penalty count of 13.4 per game, his team’s bewildering inconsistency, a stubborn refusal to pick players who are tearing up the Premiership, bizarre “rat poison” rants at the media and a preference for archaic siege mentality psychology. There is no shortage of material. The Rugby Football Union face a pivotal moment, knowing it must either part ways with the international game’s highest paid coach now with a view to resetting for the 2023 World Cup, or persevere in the hope he can turn the ship around. Jones still believes he has what it takes, but it is the view of his Twickenham boss Bill Sweeney that matters.

🗣️ "If Eddie Jones isn’t going to change, if he’s not going to be removed as coach, then he must bring in some fresh faces." #GuinnessSixNations

It was in the autumn that Jones outlined his ambition to supply a record contingent of 20 players to the Lions for their summer series against South Africa, but half that number is now a more likely total. Warren Gatland watched from the stands at the Aviva Stadium as several candidates fluffed their auditions, among them George Ford, Billy Vunipola and Elliot Daly, while Ireland were busy arguing persuasive late cases for their inclusion with Conor Murray and Johnny Sexton propelling themselves into contention as starting half-backs. Only Anthony Watson, Tom Curry, Kyle Sinckler and Maro Itoje can be confidence of joining them in the starting XV.

Hope for the future

A shard of light amid the gloom is England’s array of outstanding players who ae capable of the type of performance that saved their Six Nations from complete disaster – a rousing 23-20 win against France at Twickenham. Founded on resilience and ambition, it evoked memories of Japan 2019. Why it was followed up by an afternoon of such flat indifference in Dublin, Jones seems powerless to explain, but it showed than when England are firing they have the personnel to mix it with the best.