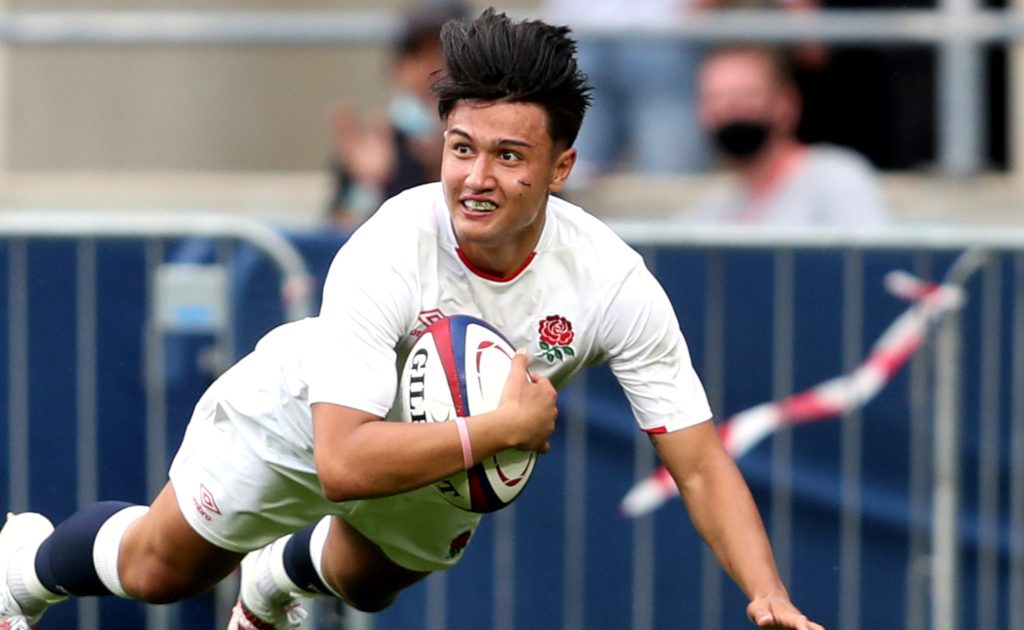 Following England’s 43-29 victory over USA on Sunday, here’s our five takeaways from the encounter at Twickenham Stadium.

With two sides that had spent little time together, this was never going to be a spectacle of joined up rugby, but if there had to be a moral victor, USA will look back on the events of the game with a great deal of pride. USA number eight Cam Dolan led from the front and he and his back five forwards caused England no end of problems both in contact and in the driving maul.

For England, the loss of Ollie Lawrence disrupted their shape completely, as with no direct runner on the bench, the home side really struggled for go forward and structure in their backline, despite the excellent showings from both rookie half-backs, Marcus Smith and man of the match Harry Randall, both of whom scored on their debuts.

But in truth, a tier one side shouldn’t be struggling to put teams like the USA away and, while there were a lot of good things for Eddie Jones to smile about, there were as many issues that will frustrate him.

England’s pack struggled for dominance in carry and close quarter contact. With the exception of Callum Chick and replacement Lewis Ludlam, there was a sheer lack of beef and in the clearouts USA probably shaded the battle.

As mentioned, Jones will be really frustrated by the inability of England to sack or defend the rolling maul. It caused them no end of issues and the power of the big US forwards, who’ve clearly benefited in fitness levels from MLR, was evident, with two of their four tries created from the catch and drive.

The penalty count was absolutely legion; 17 transgressions is almost double the England ‘allowable’ target of nine per match. Yes, some of that might have been caused by lack of cohesion, but at times there was a lot of dumb work by the England defenders around the breakdown.

Although the day will ultimately be a frustration for England, the issues are clear and you can bet the next week will have a lot of focus on legal defensive basics.

For England, their starting props, Ellis Genge and Joe Heyes, couldn’t have done much more. Genge was the sole provider of carry into contact once the excellent Ollie Lawrence had departed with an HIA, whilst Joe Heyes looked a seriously impressive scrummager, giving the American pack a torrid time in the tight.

With Sam Underhill putting in a strong first half performance, Chick quietly went about his work in an unfussy manner, looking a proper old fashioned carrying eight in a position where England have struggled to find a solution for some years.

All of the starting back three had their moments too, with Freddie Steward commanding the air at Twickenham just in the same way he’s done at Welford Road all season. Max Mallins’ workrate allowed him to set up a sumptuous score for Sam Underhill, while big Joe Cokanasiga looked freed of his personal issues and he put in a big statement with ball in hand.

As noted earlier, both half-backs justified their selection, and Jones will be delighted with the work of Randall at nine, a position where England have needed a challenger to Ben Youngs for a long time.

Gary Gold was grinning from ear to ear at the post match press conference. With a side that had been together for precisely four days, and with him confessing a lot of the coaching had taken place via Zoom.

With a coaching team deep with Premiership experience in Chris Wyles and Neal Hatley, the USA were strong in organisation and to put 30 points on England at Twickenham was no mean feat, especially considering they actually managed to win the second half.

Bryce Campbell led the side well in midfield with Jamason Fa’anana-Schultz, Riekert Hattingh and Dolan absolutely outstanding all afternoon.

But the biggest take-out will be how much their MLR domestic league has allowed an increase in fitness and intensity, but above all, an understanding of basic defence and set-piece. For a tier two nation to put in a performance like this will delight all that follow rugby and hopefully, their improvement will continue.

World Rugby have admitted openly that they’re anxious to develop a new layer of elite referees. They will therefore be delighted by yet another outstanding afternoon from the improving Andy Brace, a man who shows great empathy and refreshing honesty with the whistle.

The governing body will also be delighted that the US team have shown such great improvement in the 21 months since they last played together, a great return on the investment made in their domestic leagues.

Eddie Jones will inwardly be annoyed about a number of basic issues, but he’ll be delighted that he’s had the chance to cap 12 new players, three of whom scored on their Test debut. He saw enough of others like Ollie Lawrence, Sam Underhill and Ellis Genge to know they’re rising into the role of senior players with the Lions boys away, and he’ll be thrilled of the glimpses of attacking brilliance shown by his new pivot pairing.

All in all, there’s a lot to be taken from this game and the rugby world will be intrigued to follow the continued improvement of the plucky USA.