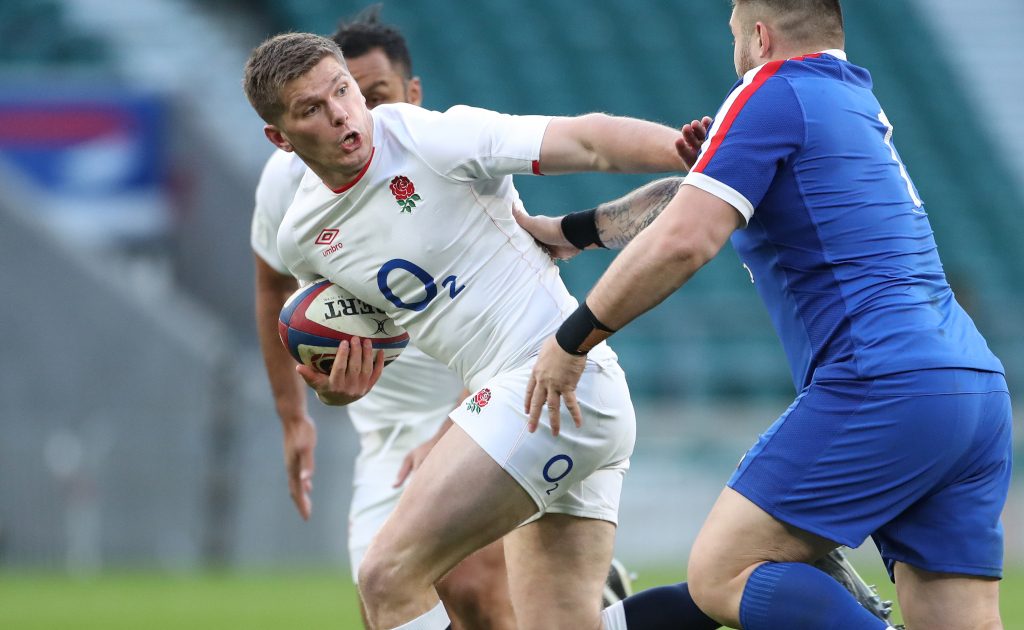 Following a 23-20 victory for England over France in their Six Nations game, here’s our five takeaways from Saturday’s match at Twickenham.

This was a turning point for England, make no doubt about that. Outclassed in the first half, England somehow managed to shut France out in the second in an absolute thriller of a game at Twickenham.

There’s been many questions asked in the media this week leading up to the game in respect of the mental approach of England and notably their skipper, Owen Farrell and today, both the team and their figurehead stood up to be counted. ‘Togetherness’ was the watchword, and Maro Itoje’s last-gasp try illustrated this in volumes.

Despite going behind to yet another moment of genius from Antoine Dupont in the first two minutes, England’s handling in midfield was far superior to anything seen in recent months, with some lovely interplay by Henry Slade, George Ford and Farrell in the first half. Player of the Match Anthony Watson was great value too with some mazy running on the right wing and Eddie Jones will be delighted that England have finally remembered how to win.

With eight of their starting XV contracting Covid three weeks ago, it was no surprise to see France run out of energy towards the end. They really did fade badly late on and it was clear their legs and lungs were heavy.

A telling statistic is that France didn’t get the ball in hand in England’s 22 in the whole of the second half, a key illustrator of fatigue.

However, there’s a lot to take out of the game for them; their back-row bossed the breakdown all day and their half-backs will looked imperious at times. Perhaps their set-piece just showed some cracks towards the end, with a few transgressions at scrum time, but England will be happy that they managed to exploit their superior fitness.

Did France learn much? They perhaps learned that bench impact isn’t quite there yet and they are still a couple of props short of a World Cup-winning side, but above all, they’ll be bitterly disappointed that yet again, they failed in the last few moments at Twickenham.

This was a game of pace, fire and ball in hand. Few believed that England could match the pace of France, both over the ball in clearing, around the pitch and in footwork. But they did and that’s to their great credit. It was a game full of energy, with an excellent display from referee Andrew Brace, a man that was vilified in France the last time these two teams met, who allowed play to develop and ambition to flourish.

There were some amazing moments and some commendable ambition from both sides, with both fly-halves in imperious form, with Matthieu Jalibert absolutely commanding in the first half. The handling at times was spectacular and the only thing missing was a crowd to appreciate the feast of rugby those present at the ground were fortunate to witness.

Thought @charlieewels had his best performance in the 🌹 this afternoon; managed the line out effectively;scrummaged solidly; did his usual unseen work around the paddock #wellplayedcharlie

Very quietly, some of the less sung players in the England side went about their business in a very assured way. Charlie Ewels had easily his best game at international level, smashing breakdowns and clearing rucks all day, and he adds balance and brutal counterpoint in the second-row to Itoje’s undoubted world class ability. Indeed, he was very unlucky to have his bullocking charge ruled out for crossing as many would argue that England’s centres had run a dummy line rather than a block.

The other interesting nuance of the game was just how eager England were to get Tom Curry smashing the first phase carry up; with Billy Vunipola not making the yards he used to, it’s essential that those precious contact metres come from somewhere and on Saturday, the Sale flyer became Curry the carry.

Whilst satisfying to win, England have still a lot of work-ons to consider before they travel to Dublin next week.

Top of their list is handling continuity in the wide channels, where their lack of precision cost them on numerous occasions during the game. France were a lot more creative down the touchline and seem to have a much more intuitive understanding of keeping the ball alive which England can learn from.

There’s still an issue at the breakdown, partly caused by players making poor decisions when getting isolated in contact and striving for extra metres, and also by a lack of speed to clear out or support.

Their discipline too let them down a little with another double figure penalty count, but this time it was more the technical clearing out and isolation rather than rank indiscipline and that will please Jones and Wayne Barnes, who spent a lot of time working on these areas in midweek.

However, work-ons with a win are a lot easier than work-ons after a loss, and the mood will be lifted in the England camp tonight, and they’ll travel to Dublin eager to continue where they left off at Twickenham.