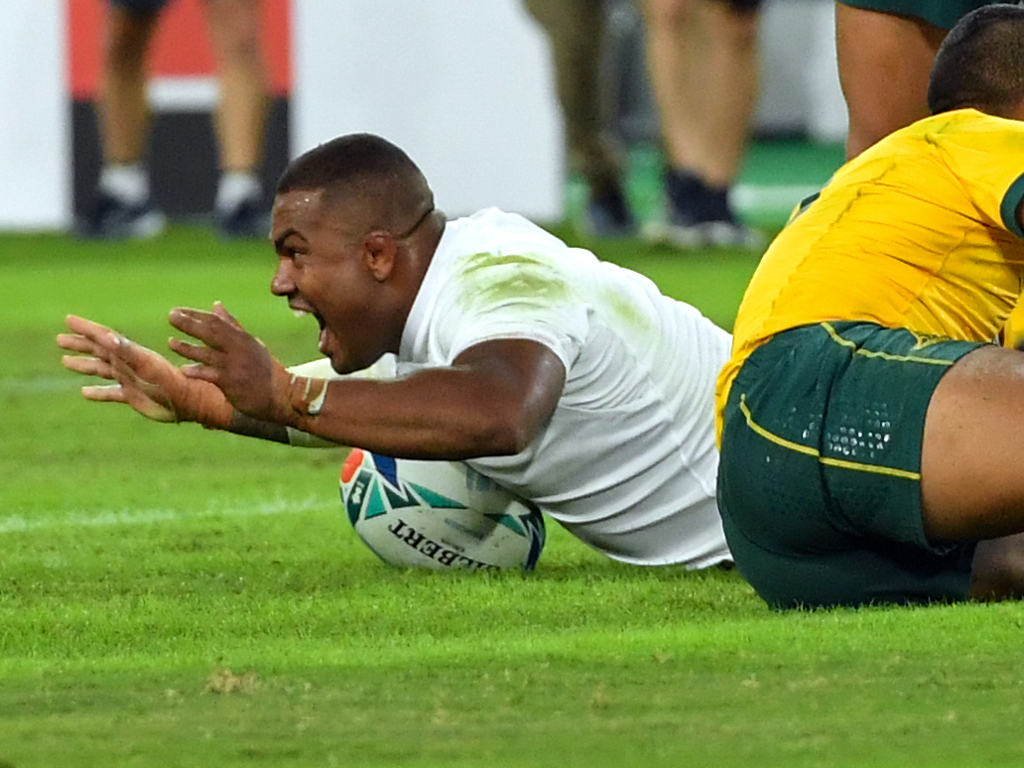 Following a 40-16 victory for England over Australia in their Rugby World Cup quarter-final, here’s our five takeaways from the clash in Oita.

Seismic activity: This was a statement that will rock every team left in the tournament. It was a masterclass in defence, opportunism and structured excellence, with a little bit of individual genius thrown in. Props running like centres, wings defending like back-rowers and finishers adding finishing touches. Leadership, intelligence and calmness permeated the Rose in a way sometimes absent. Make no mistake about this, England’s performance was absolutely complete.

The kings are dead: Much was made of the clash of the quartet of openside flankers. The kings of turnover, David Pocock and Michael Hooper, versus England’s young tyros, Sam Underhill and Tom Curry. It was a battle royale, one of extreme skill and commitment. To match the Australians at the breakdown was England’s pre-match aspiration; post-match it’s fair to say they beat them in every facet of a brilliant contest – 26 English tackles played 16 Wallaby interventions, a statistic that sums up the difference between the two pairings. It’s a shame that Pocock will leave the Test arena tonight for the last time, but he’s an honourable enough bloke to hand the breakdown crown he’s worn with pride to the man of the match, Curry.

After a commanding performance for @englandrugby, the @Mastercard Player of the Match for #ENGvAUS is Tom Curry#POTM #StartSomethingPriceless #RWC2019 pic.twitter.com/wx1BmsFlNN

The other row: Whilst England’s breakaways will get the plaudits, the shift put in by both front-rows was decisive. 43 tackles played 24.44 metres carried played a measly four and one try played nil once Mako Vunipola, Kyle Sinckler and Jamie George had done their work, so Joe Marler, Luke Cowan-Dickie and Dan Cole rumbled on and simply dismantled the Australian scrum. Sinckler’s try will live in the memories of many for years to come, the big Sinck adding so much in the outside centre channel you might have thought it was Manu Tuilagi himself.

The Aussie way: It’s a long held theory that Australia are one of the most efficient sides in the world in terms of tries scored for minutes in possession. England turned this on its head, taking 14 points in a 22 minute period where the Wallabies had 78% of the possession and 73% of territory. England’s pace, pinpoint kicking and calmness in defence were the ingredients that allowed their offering to become a feast of precision rugby. In knockout stages, every territorial incursion needs a scoreboard outcome, and this is where England had total control of the game.

The big picture: Jerome Garces has had some flak flying his way in this tournament; however today he was magnificent in terms of a flowing, attacking game. His insistence on tackle height legality led for compelling offloads, space to run and catalysed a game of magnificent rugby. In terms of the bigger things, it’s a shame rugby now says goodbye to the talents of Pocock, Will Genia and the eccentric but passionate coach, Michael Cheika. Rugby will be poorer for the absence of these three colourful characters. England will go into their next game knowing they’re peaking. Every part of their game clicked, meshing with tactical and physical perfection. No side wants to meet either Ireland or New Zealand in a semi-final, but on this display, no team will fancy meeting England either.