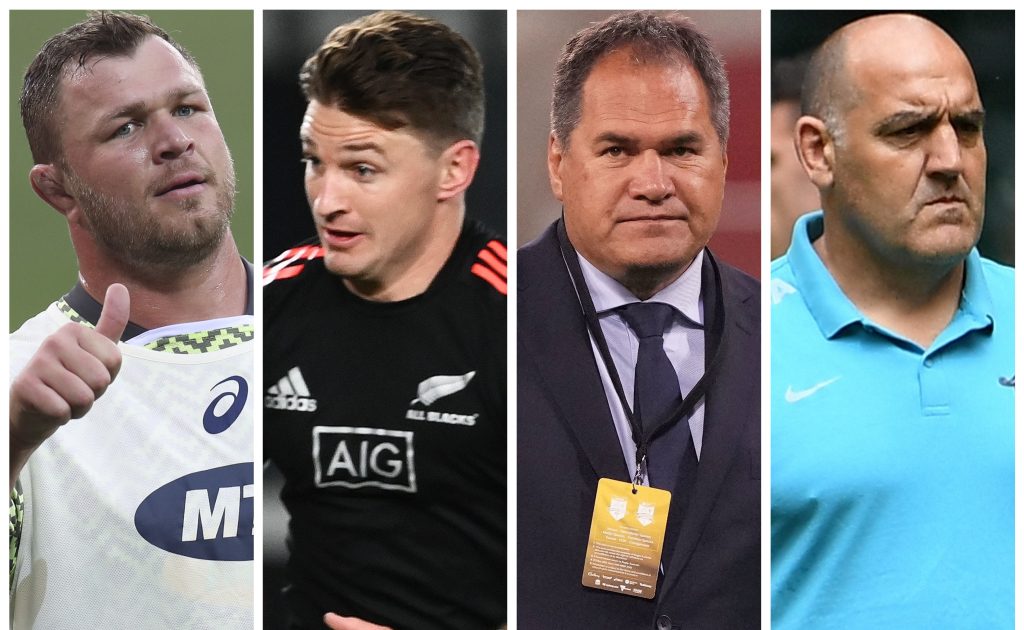 Ahead of the Rugby Championship’s resumption this weekend, we pick out five storylines to follow, which include a good mix from the four nations.

After missing out on the Boks’ recent series triumph over the British and Irish Lions through injury, the veteran number eight will be champing at the bit to return to action.

Vermeulen is one of the world’s best players in his position and when he injured his ankle, while on duty for the Bulls in a PRO14 Rainbow Cup SA derby against the Stormers, there was great concern in Springbok ranks ahead of their series against the famous touring team. His absence was not as keenly felt as initially expected as the Boks found a capable replacement in Jasper Wiese, who did well in the last two Tests against the Lions.

However, having Vermeulen back will be a tremendous boost for the Boks and his combative style of play and experience will come in handy, especially in their highly anticipated encounters against the All Blacks in Townsville on September 25 and on the Gold Coast on October 2.

With Richie Mo’unga not in the All Blacks squad for this weekend’s encounter against the Wallabies in Perth, Barrett makes his return to the three-time world champions’ starting line-up.

Despite being a two-time World Rugby Player of the Year winner, the 30-year-old has been playing second fiddle to Mo’unga since the 2019 Rugby World Cup campaign in Japan. Mo’unga has been the All Blacks’ preferred choice at number 10 for their important Tests while Barrett spent most of his time occupying the full-back position or kicking his heels on the replacements bench.

Earlier this year, Barrett had a spell in Japan where he played at fly-half for Suntory Sungoliath. He said at the time that he was eager to shine in his favoured position and, in doing so, hoped to overtake Mo’unga as his country’s first-choice fly-half. It didn’t work out that way, however, as the Crusaders playmaker has cemented his place in the All Blacks’ starting line-up in 2021 but Barrett will be determined to show head coach Ian Foster that he can still do the business at Test level.

Argentina need to answer a lot of questions

The Pumas will have plenty to prove when they face the All Blacks on the Gold Coast on September 12, after failing to make a meaningful impact in their two opening matches of the tournament, against South Africa in Gqeberha.

After the Springboks’ gruelling series against the Lions, head coach Jacques Nienaber rung the changes for their first Rugby Championship showdown against Argentina. That gave Mario Ledesma’s troops a good opportunity to hit the ground running against a second-string Bok outfit but the South Americans battled to get going and eventually suffered a 32-12 defeat.

It was a similar story in their second Test and although it was against a stronger Bok outfit, Argentina were never at the races in a dour encounter which the Boks eventually won 29-10.

Although they did well to prevent the Boks from claiming try bonus points, Argentina need to improve their attacking play, which was not of a high standard, while the biggest area of concern is their ill-discipline on defence which has resulted in them conceding a plethora of penalties in those two Tests.

The Pumas return to action against New Zealand on the Gold Coast next weekend and they will have to show considerable improvement or it could be a long day at the office for them against the world’s best attacking team.

Plenty of spice in Bledisloe III

Although New Zealand have already secured the Bledisloe Cup for the 19th successive year – after winning the previous two fixtures against Australia at Eden Park earlier this month – they can expect a tough challenge when they face the Wallabies in Perth this Sunday.

There has been plenty of off-field developments since the All Blacks’ second triumph in Auckland and despite it being a dead rubber, Dave Rennie’s charges will not be lacking any motivation this weekend.

New Zealand Rugby (NZR) initially withdrew from this fixture – which was originally scheduled to take place on August 28 – and their two Tests against the Springboks. That decision led to an angry reaction from Rennie, who accused NZR of a lack of communication and he said he has consistently been left disappointed by New Zealand’s actions since he took charge of the Wallabies in 2020.

NZR chief executive Mark Robinson responded by saying although he has sympathy for Rennie, it was untrue that there was no communication from his organisation. Thankfully, the third Bledisloe Cup encounter is back on and although there will only be bragging rights at stake, there should be an edge to this fixture between the trans-Tasman rivals.

Officiating in the spotlight

Match officials – especially referees – have arguably the toughest job in the game as it’s virtually impossible for them to please everybody and one thing is certain; they are sure to receive criticism regardless of the end result of any fixture.

Hopefully there will be very little of the latter during this tournament but after the recent series between the Springboks and Lions in South Africa, it will not be a surprise if the officiating and officials hit the headlines for the wrong reasons again.

That is mainly because that series between the Boks and Lions was somewhat overshadowed by criticism from the Springboks’ director of rugby, Rassie Erasmus, who released a 62-minute video in which he launched an unprecedented attack on Australian referee Nic Berry, after the Boks lost the first Test against the Lions.

Unsurprisingly, Rugby Australia defended Berry and slammed Erasmus’ actions but the damage was done and referees will be under plenty of pressure to make the right decisions during the Rugby Championship, with the speed of the game also likely to feature heavily in pre-match press conferences.

Interestingly, Berry will not be refereeing any of South Africa’s matches but he and his colleagues will definitely be in the spotlight when they do take charge of the various fixtures.