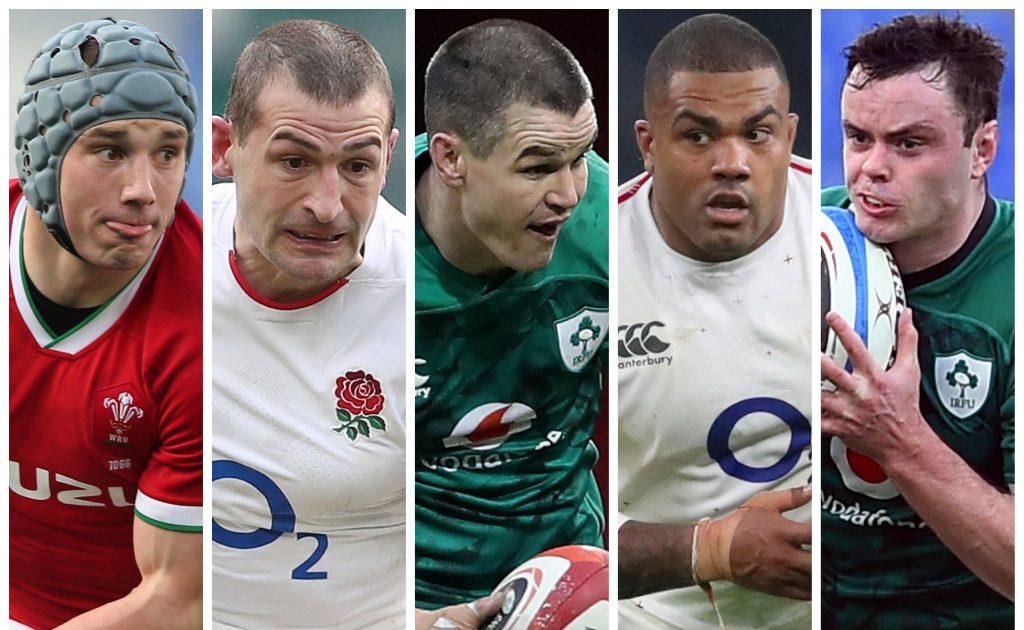 The British & Irish Lions have named their 37-man playing squad for their upcoming tour to South Africa and here we take a look at some surprise omissions from head coach Warren Gatland’s group.

A veteran of two Lions tours – to Australia in 2013 and New Zealand in 2017 – the 2018 World Rugby Player of the Year made a late charge for inclusion in Gatland’s squad after some fine performances during Ireland’s Six Nations campaign and for Leinster in the PRO14.

However, his recent concussion issues which kept him on the sidelines during crucial matches – in the Six Nations against France and the Champions Cup semi-final against La Rochelle – looks like it cost him his place against the Springboks, who are renowned for their physicality.

His age – he turns 36 in July – could also have been a factor as Gatland has opted to pick younger fly-halves in Dan Biggar and Finn Russell with Owen Farrell, who is in the squad primarily as a centre, also capable of filling in at number 10 if needed.

The Bristol Bears and England tighthead prop’s inclusion in the 2017 tour to New Zealand was a surprising one but he impressed on that trip and made three Test appearances off the replacements bench. This time round, the 28-year-old’s exclusion was arguably the biggest shock as he was in fine form for his club – who are amongst the frontrunners in the Premiership – and country where he was one of their best players during an underwhelming Six Nations campaign.

Sinckler has an excellent skill-set and is also solid in the execution of his core duties but has gained a reputation as a hothead as he has had several disciplinary issues in the past. Former Wales head coach Gatland referred to Sinckler as an “emotional time-bomb” ahead of a Six Nations Test against England in 2019 and could have had that in mind when selecting his Lions squad.

If the tour to South Africa was happening 12 months ago the 24-year-old Leinsterman would have been one of the first names in Gatland’s squad and would be pushing Alun Wyn Jones and Maro Itoje for a spot in the run-on side for the Tests. Ryan has shone for Ireland at Test level since his debut for the men from the Emerald Isle in 2017 and played a leading role in their 2018 Grand Slam success.

Despite Ireland’s underwhelming 2019 Rugby World Cup campaign, he was one of his country’s better players at the global showpiece and continued on his upward trajectory at Test level in 2020 despite a shoulder injury which kept him on the sidelines midway through the year.

🗣️ “We believe we’ve picked a squad capable of winning a Test series in South Africa.”

However, an injury-disrupted Six Nations in 2021 – he missed crucial games against France and England through head knocks – saw his form taking a dip and he struggled to make an impact in Leinster’s recent Champions Cup defeat against La Rochelle.

Blessed with plenty of pace and excellent skills, May’s brilliance on attack has been rewarded with a plethora of tries at Test level and he is currently in second position in the all-time try scorers list for England after crossing for the 33 tries in 66 Tests. Despite that impressive strike-rate, he misses out to Josh Adams, Duhan van der Merwe, Louis Rees-Zammit, Antony Watson and Liam Williams, who are all worthy of their places in the squad, although May would not have disgraced the Lions if he was given the chance.

May made a desperate bid to be included in Gatland’s squad when he took to the field for Gloucester in their Premiership triumph over Newcastle Falcons with a niggling ankle knock, but was forced off the field midway through the opening half when he further aggravated that injury. That could also have hurt his prospects of being picked.

Davies played every minute of the Lions’ drawn Test series with the All Blacks and the Scarlets centre was rewarded by being named player of the series by his peers. After also playing in all three Tests on the Lions’ tour to Australia in 2013, the 33-year-old was seen as a Gatland favourite and a near certainty to be included in the squad for the trip to South Africa, especially after playing a prominent role in Wales’ winning Six Nations campaign earlier this year.

Davies can play at both inside and outside centre but so can Bundee Aki, who is more physical in contact, and that is possibly a chink in the Welshman’s armour as the Lions should be preparing for numerous brutal collisions on their South African tour.