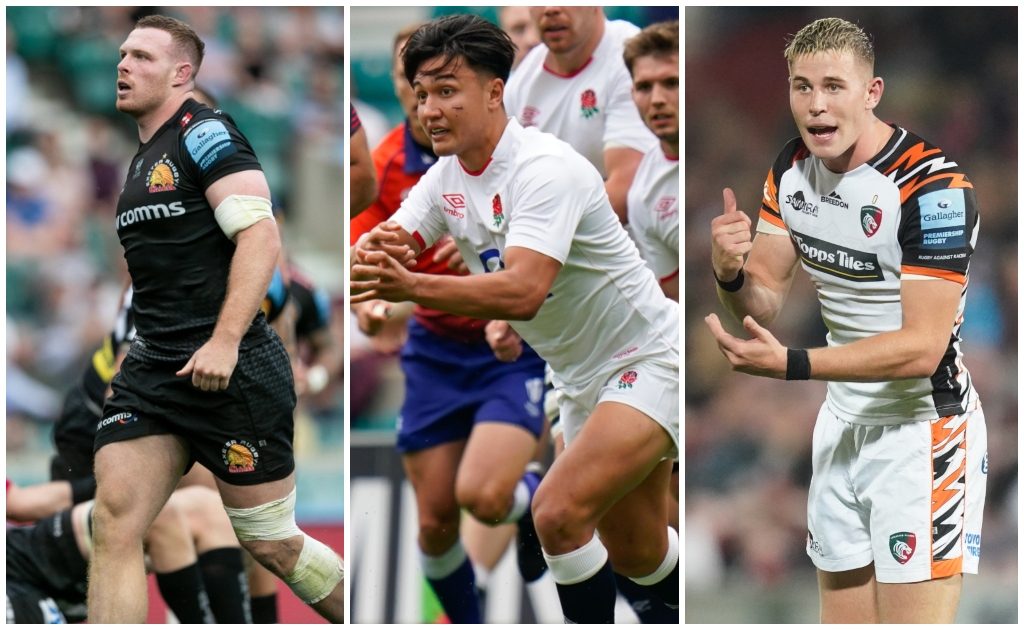 With the 37-man England squad for the Tests against Tonga, Australia and South Africa set to be named on Monday, Planet Rugby’s James While looks at the opportunities Eddie Jones has at his disposal to change the dynamic of his current team.

For almost 10 years now, Owen Farrell has been the face of English rugby. Love him or loathe him, this urchin-faced character has been a man of steel in white, adding pragmatism and presence to the Jones-designed midfield. His leadership is one of passion and one of example, but many observers believe that it’s Farrell’s playing limitations that are holding England back.

With Marcus Smith emerging as the primary contender for fly-half, it seems that Farrell will only be considered as a 12 in future Tests. There’s also a feeling that the Saracen is tired, not playing his sharpest rugby and perhaps needs a mental rest from international leadership in order to rediscover his form as a player.

Jones is said to be a massive fan of Courtney Lawes’ leadership skills and has suggested he may very well have given the big Saint the armband a year or so ago had Lawes remained fit. Combine this thinking with the emergence of younger leaders within the squad – Lewis Ludlow in particular – and it might just be that England are about to make one of the biggest changes of Jones’ tenure; the replacement of a leader that’s been there alongside Jones since the start.

One thing we can be sure of; with Lawes in such sharp form and no longer considered as a starting lock, in the big Tests we’re unlikely to see the Sam Underhill-Tom Curry combination on the flanks, unless the latter moves back to number eight. Lawes is a shoo-in on the blindside (or as a replacement lock) and you can be sure one of the ‘Kamikaze Kids’ will start at seven, with Ludlow in the wings to offer a world-class lineout option and natural cover at six or seven.

Having Lawes and Curry on the flanks gives two lineout options and importantly, as a result, frees up the type of number eights that Jones could use. Sam Simmonds comes into his own when there are big flanks around him and it just may be that, despite Alex Dombrandt’s pyrotechnics, Simmonds may just have enough credit in the bank to be the first person to be given a chance. Dombrandt’s workrate and tackle count has increased but there’s still a view he falls off too many primary tackles and that Simmonds has a ruck game better suited to Test matches.

Expect to see a big challenge from Ludlow, a real favourite of Jones, and someone able to offer a Justin Tipuric-style lineout option, with him wonderfully athletic and powerful on the steal. George Martin will be retained to cover both lock and six, leaving Jones to decide if his last back-rower is a recall for the doughty powerhouse of Billy Vunipola or the in-form Falcon Callum Chick, or perhaps the left-field call up of the in-form Tom Willis, an eight that has fantastic close quarter footwork at the centre of his game.

OK, fly-half Smith has to start, of this there can be no doubt. Rarely does a player get the meteoric momentum that Smith has found, and his intuition, vision and pace are on a different level to anything around him. Jones has commented there’s a bit of Richie Mo’unga in the young Quin, but that there’s a long learning curve ahead until he can be as effective as the All Black at Test level.

It’s unlikely that Jones will ever cap more than one new player per playing unit at any one time, so you can be sure that, in the short-term, Smith will be chaperoned by Farrell at 12 with the desire to play Manu Tuilagi at 13. Joe Marchant and Henry Slade will make up the other centre options and it’s certain that Max Ojomoh will be rewarded for his form with a place in the squad, and we expect to see a recall for Jonathan Joseph, a man that still offers raw finishing brilliance together with the best 13 channel defence in the Premiership. Alternatively, a re-emergence of Alex Lozowski, a player that offers real steel at 10 or in the centre and who was unavailable during his sojourn to Montpellier.

At half-back, if Smith starts, expect to see Ben Youngs retained in the short-term to add positional continuity with Harry Randall on the bench. Jones believes that Randall has the vision and ‘scanning’ ability to make plays that are reminiscent of George Gregan but, with Smith demanding a place at 10, it’s unlikely Jones would go into a big Test with two rookie half-backs.

The big question is how will Smith, as the leader of the playmaking, fit into a team dynamic that’s been so characterised by the relationship between Farrell and George Ford? Does Jones keep Farrell, a massive voice on and off pitch, alongside Smith and run the risk of the young Quin’s playmaking becoming constrained and does he retain Ford as back-up, knowing so much of England’s back play has come from his mind for so many years? It’s a huge conundrum, one created by the form of Smith but informed by the experience of Ford and Farrell, and it’ll be fascinating to see how this one plays out.

Whilst we expect to see Jamie George and Mako Vunipola recalled as a reward for their sharp form with Saracens, the options England now have in the front-row are quite staggering, as Joe Marler, Ellis Genge and Vunipola offer three world-class options on the loosehead with Kyle Sinckler incumbent on the tighthead side.

Luke Cowan-Dickie will remain in pole position for the hooking starting berth, supported by George and Jamie Blamire, the latter adding impact and pace whilst learning the dark arts of the scrum and lineout.

However, whilst Sinckler is a seasoned operator at three, Will Stuart hasn’t quite made the progress many felt he would and the door is wide open for a candidate to emerge to support the Bristol Bear. We believe Jones will turn to the young Tiger Joe Heyes – already showing his power by pushing Dan Cole for a starting berth at Leicester – with the formidable figure of Falcons’ Trevor Davison, a man able to play on either head, offering versatile support to the incumbents.

England have needed a physical presence at full-back for a long time and in Freddie Steward, they might just have found their man. Jones has compared him as a ‘bigger version of Mike Brown but with more gas’ and if that description is accurate, he’ll be a huge asset to England for years to come.

On the wings, the old firm of Anthony Watson and Jonny May might still be the go-to for England and offer conservative surety, but Adam Radwan’s incredible form and his electric pace will push both incumbents all the way.

England still need a complete winger to emerge; so many are close to the completed article without ever quite offering all of the qualities required. Big Joe Cokanasiga will be praying his knee recovers as he offers the physical running counterpoint that Jones needs and he’ll hope that he’ll be in a position to add to his 11 tries in his first 11 Tests but, other than that, the door is wide open for the likes of Louis Lynagh and Ollie Sleightholme to stake their mark.