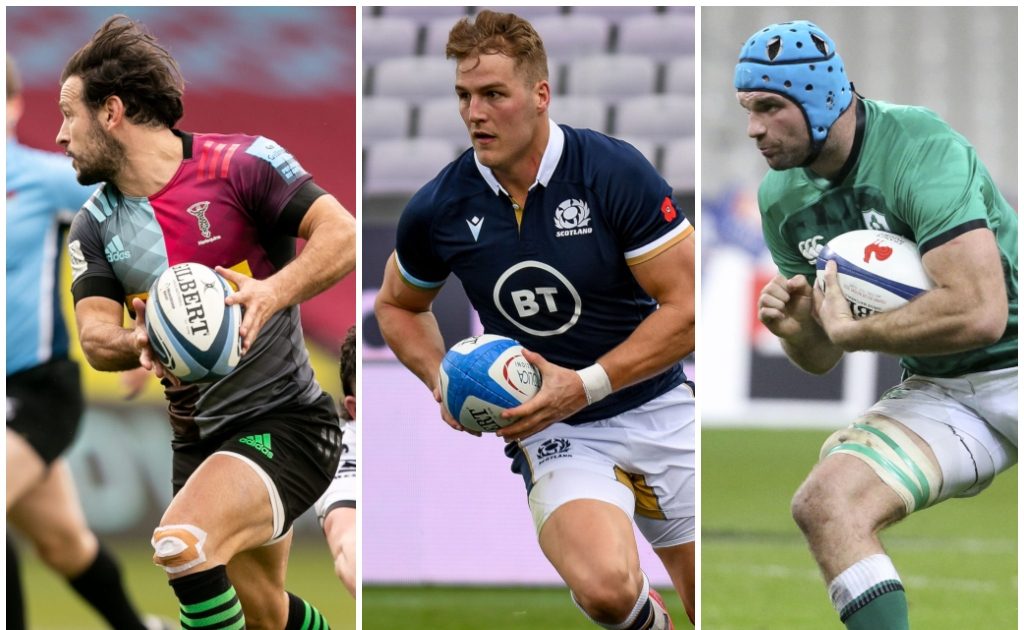 Ahead of the British and Irish Lions squad announcement on Thursday, we have delved into the main selection issues head coach Warren Gatland is facing.

The Lions will once again send a strong squad to South Africa but their weakest position is certainly at scrum-half. No one has really stood up over the past year, which means that the spot is open for a number of players. Ben Youngs’ withdrawal has made it slightly easier for Gatland but there are still potentially five or six individuals fighting for three places.

Wales have a trio of options, with Tomos Williams, Gareth Davies and Kieran Hardy all featuring in the recent Six Nations, while Ali Price has cemented himself as Scotland’s first choice. For Ireland, Conor Murray is not the same player he was in 2017 but he produced a virtuoso display in their final Six Nations clash with England. And then there’s Danny Care, who some believe has done enough to force his way in after starring for Harlequins in the Premiership. Take your pick, Warren.

Whittling down the back-row

From a position where there are a lack of quality options to one which contains an abundance of talent. Whoever takes to the field against South Africa will be a world-class performer and for the head coach it will merely be about finding the right balance. There are fetchers aplenty and number eights that provide ballast, power and dexterity, but the biggest question mark is at blindside and how Gatland will want to combat the strength of the South African lineout.

In England duo Sam Underhill and Tom Curry, Ireland’s CJ Stander – if he is willing to delay his retirement – and Wales’ Josh Navidi they have players that can feature at six, but they are on the shorter side. It means Tadhg Beirne’s and Maro Itoje’s versatility will be crucial as one of them may start the Tests in the back-row. There will no doubt be some unhappy players and fans on Thursday in what is the toughest call for the coaches.

A year ago, you were looking at England making up the bulk of the squad, but the picture looks very different now after their woeful Six Nations campaign. They should still provide plenty to the Lions but that selection will primarily be based on reputation rather than form. The likes of Owen Farrell, the Vunipolas and Jamie George couldn’t seriously say they have done enough over the past few months to force their way into the squad, while their lack of top-level game time for Sarries will be of concern to the coaches. However, they do have credit in the bank.

Of England’s frontline players, only Luke Cowan-Dickie, Kyle Sinckler, Itoje, Curry and Anthony Watson have really shown anything resembling their best recently, yet the Red Rose have so many different options which could entice Gatland. For example, in Ben Earl they have a dynamic flanker that could be a useful option off the bench, while Henry Slade offers the type of creativity and athleticism no other centre in Britain and Ireland can match.

With the Champions Cup semi-finals only featuring one British and Irish team, and the Rainbow Cup a nondescript competition that very few actually care about, it leaves the Premiership as the only competitive league or tournament which Gatland is currently keeping a close eye on. There are two names in particular that have been on people’s lips and those are Sam Simmonds and Danny Care, who have shone for Exeter Chiefs and Harlequins respectively.

Simmonds is the player most would like to see on the hard grounds in South Africa, with his pace, athleticism and skill well suited to those conditions. It appears Gatland is interested in him too, despite the number eight failing to convince England boss Eddie Jones that he is of international quality. Care is another that the New Zealander is considering following an outstanding 2021 for club side Quins. As mentioned, there is not a standout scrum-half in Britain and Ireland at the moment and the 34-year-old’s pace, tempo and control will certainly interest the selectors.

Some have also mentioned wings Duhan van der Merwe and Louis Rees-Zammit as possible ‘bolters’ but, should they be picked, then that will be based on the premise of international form and reputation from the Six Nations. In fact, should either or both miss out on the squad then they could consider themselves unfortunate.

If Van der Merwe does indeed get the call then he will add to what will be a lengthier list of Scottish players in the squad. There was much consternation when just two – Tommy Seymour and Stuart Hogg – made it on the initial plane to New Zealand back in 2017, but they should be represented by a few more this time around.

Flanker Hamish Watson and full-back Hogg are certainties for South Africa but there are several other players who have a significant shot of being in the 36-man group. At half-back, Price played well in the Six Nations, while Finn Russell is the most talented fly-half in Britain and Ireland and offers something very different to the other options. Outside of those two, Cameron Redpath is one of the most exciting talents in Europe and centre partner Chris Harris has proven himself as an excellent international player.

Up front, Rory Sutherland has gone a bit under the radar but he was neck and neck with Wyn Jones as the best performing loosehead in the Six Nations. He may well be joined by tighthead Zander Fagerson, who continues to improve, and lock Jonny Gray. Fellow second-row Scott Cummings and flanker Jamie Ritchie are also in contention but they are likely to just miss out due to fierce competition in those positions.