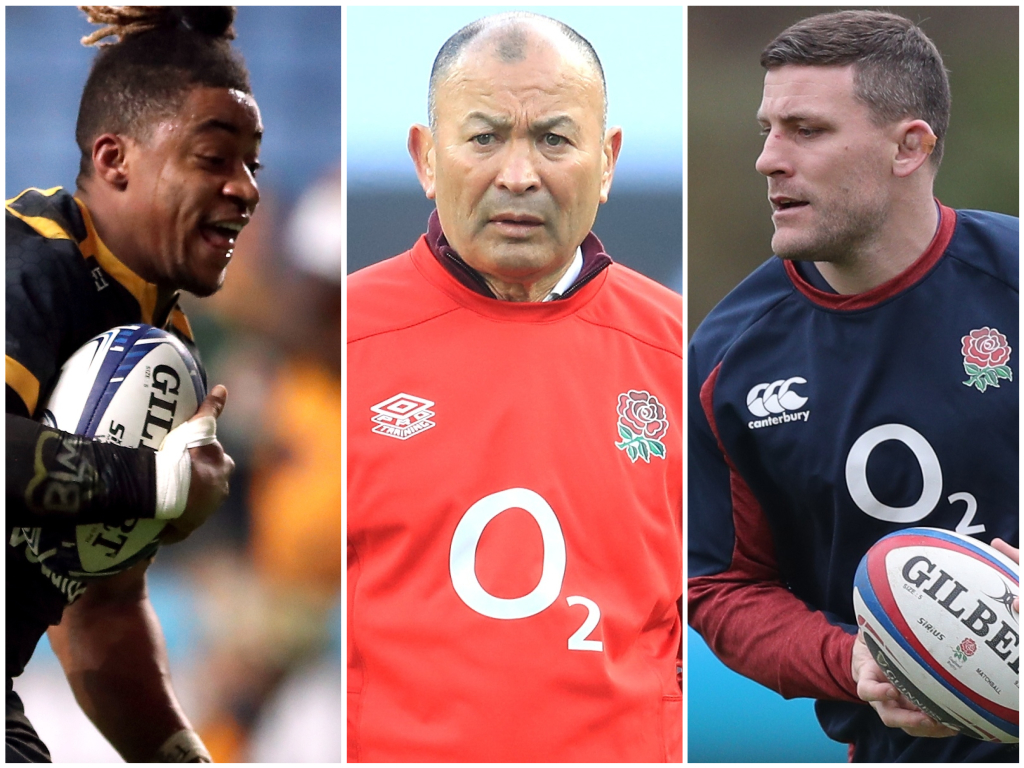 England unveil their 28-man squad for the 2021 Six Nations on Friday, January 22 as they defend their title. Considering the success enjoyed in 2020, a year of immense disruption, one would think that naming their players would be a simple matter, but injury, Covid-19 and relegation disruptions have conspired to leave head coach Eddie Jones with a number of selectorial uncertainties.

We look at the five headaches facing England and examine what the squad is likely to look like when Jones unveils his team.

With the news that the Bath’s training facility has been closed and several members of their playing staff have tested positive, the prescribed 10-day isolation period would mean that no Bath player is able to join up with England until late on Friday, January 29 – two days after the planned training assembly on Wednesday, January 27. With a compressed training window and a much smaller training squad than we’ve seen in recent years, this does throw question marks over the attraction of selecting a large Bath contingent.

Furthermore, with the knowledge that players react differently to the affects of the virus, there’s no ability to understand how long term the affects will be on players who have tested positive; some will experience restricted respiratory functions and some will not and it’s sure that England will be monitoring the situation on an hourly basis.

For the Bath players, this will probably mean that only the hard core of Sam Underhill, Anthony Watson, Jonathan Joseph and Will Stuart (a key player for England now that Kyle Sinckler is suspended) will be selected for the opening fixture, with Charlie Ewels and Tom Dunn questionable. Watson may count himself very lucky to be retained considering his complete lack of form in recent times and, whilst his previous displays leave him with credit in the bank, pressure is mounting as the likes of Freddie Steward and Max Malins strengthen their international claims on a weekly basis in the Premiership.

The key here for Jones is balance. He needs enough bodies to make training over those three days meaningful and a squad settled enough for him to select from. It may be that Bath become a victim of circumstance and we predict that the fringe players will lose out in a drive to keep a squad that Jones can prepare properly.

🗣️ "I feel the more I play the better my body is at adapting to the rigours of the game."

🔴⚫️ Billy Vunipola has no issues in playing week after week. 👇 https://t.co/aVUbTYr4YJ

Whilst Billy Vunipola enjoyed 80 minutes of rumbling and tumbling against Ealing Trailfinders last week, the simple fact remains that Elliott Daly, Mako Vunipola, Maro Itoje, Owen Farrell and Jamie George last played a competitive match on December 3, 2020. Now, even given the conditioning workload they’ve undoubtedly had, there’s a big difference between training fitness and match sharpness and it’s very likely that all of the players will come into the squad rather undercooked, meaning that covering each one of these world-class players’ positions will be crucial when selecting the teams.

The issue is further complicated by the news that Owen Farrell is rumoured to have had a mild dose of Covid, fortunately coinciding with an empty fixture list for Sarries. This causes a compounded selection issue as it removes a lot of option and tactical replacement choices in both the 10 and the 12 shirts.

In real terms, we know that Itoje is crucial to England’s plans, but Jones, with concerns over the players having 80 minutes in their legs, will select wisely his cover for both Vunipolas and Farrell himself. Billy Vunipola has been in something approaching his better form for England in the Autumn Nations Cup and whilst he can never be truly replaced like for like, his lack of rugby will inform England’s fifth back-row selection, where we believe the versatile and impressive Newcastle Falcon, Mark Wilson, will get the nod over Jack Willis and Sam Simmonds, due to his ability to play to world-class levels in any of the three back-row positions.

With only 28 players to take into the Tests and with Sinckler suspended for the opening fixture and Mako Vunipola short of rugby, Jones will select seven front-rowers for the Scotland squad, with the ability to add Sinckler the following week. With Will Stuart likely to start but, at the time of writing, under a Covid cloud, this means a certain squad recall for Exeter Chiefs’ tighthead Harry Williams, with Luke Cowan-Dickie providing hooking back-up to Jamie George.

On the loosehead, Ellis Genge and Joe Marler have both been in compelling form for their clubs, with Marler bolting on a new-found mobility to add to his world-class scrummaging. Whilst Mako will remain with the squad, depth in the number one shirt is impressive, and it’s probable that Vunipola will stay in the 28 but miss out for matchday selection on this occasion.

At lock, Joe Launchbury and Maro Itoje are assured of selection, with cover provided by Jonny Hill. With a need perhaps to select a fourth lock that could cover in the back-row in an emergency situation, Jones must choose to either take a chance on Charlie Ewels’ situation or recall the vastly experienced Courtney Lawes (despite the feeling in the England camp that Lawes is now exclusively a blindside flank). This means David Ribbans will again miss out despite some compelling performances for Northampton Saints.

In the back-row, Tom Curry will resume alongside Underhill and Vunipola, with Ben Earl’s progression seeing him nail the fourth slot. Jones will not have forgotten the Autumn Nations Cup final v France where Underhill was replaced early in the second half to allow Earl to put in a compelling second half display. The Bath man is under immense pressure from the more rounded Earl at seven and it could well be that the all-out destructive play of Underhill loses out to the wider range of skills Earl offers on the openside.

The last back-row spot has one key requirement – the ability to play at eight in Tests to cover Vunipola – which might rule out the incredible talent of Jack Willis. Jones could yet turn to Sam Simmonds, but the clever money is on Wilson retaining his spot, who was exceptional at eight in the 2018 November Tests. Don’t, however, rule out a left field temporary selection here, and with both Brad Shields and Nathan Hughes able to cover lock, flank or eight and both in compelling form, their versatility could yet see a recall.

Versatility is the name of the game here, with marginal squad selections going the way of players that are able to cover more than one position. With only four places for half-backs, we can reliably assume that three of those will be Ben Youngs, Dan Robson and George Ford. Assuming full fitness, Farrell will be one of the centres named, and if fit will cover the other fly-half berth, safe in the knowledge that Henry Slade can cover 15 and 10 in an emergency too. Ollie Lawrence will be retained to cover either centre berth, with Bath’s Joseph able to play across the entire three quarterline to Test match standard.

The big news, however, is that Wasps’ flyer, Paolo Odogwu, able to play at centre or wing, has impressed Jones immensely and will earn his first call up to the senior squad, in a bid to add pace and elusive running to the England backline.

In an ideal situation, we may well have seen Leicester Tigers’ Steward get a well-deserved call up alongside the impressive Harry Randall of Bristol, but there’s simply no room to take chances in a minimalistic squad. That means Watson, despite his lamentable form, retains his place alongside Jonny May and the super-versatile Elliott Daly will continue to offer value in any of the back three positions (and 13 at a push). Malins, able to cover at wing or even 10 in an emergency, will continue his meteoric rise, but other than that, Jones will rely upon the quality of his proven players and experience may just oust positional compliance in an effort to maintain continuity within the core of the team.

Very lastly, the first fixture England face will present them with one of the biggest challenges of their season. Many observers would place Scotland as the team on the upward slope when it comes to the Home Unions, with daring and exciting rugby catalysed by their exciting half-back partnership of Ali Price and Finn Russell.

Scotland will travel to Twickenham with nothing to lose – they can play with impudence, no fear of failure and with as much attacking ambition as they can muster. In Russell, they have a man that is so agile and quick of thought that he could find the gap between Donald Trump and a TV camera, and he’ll be planning England’s demise with that characteristic impish grin on his face.

The Scottish game relies upon a formidable front-row led by the powerful Rory Sutherland, a spiky breakaway trio featuring the gritty Hamish Watson and Jamie Richie, and the wonderful running of Duhan van der Merwe and Stuart Hogg, to finish off the moves that Russell ignites. It’s absolutely key that England focus on personnel that will contain the Scottish pack but pressure the half back axis, which again alludes to a safety-first selection from Jones.

Whichever way you slice it, the match will be a crackerjack of fixture, one that could go either way and one that will absolutely inform the rest of the season and the selection of Lions to come.