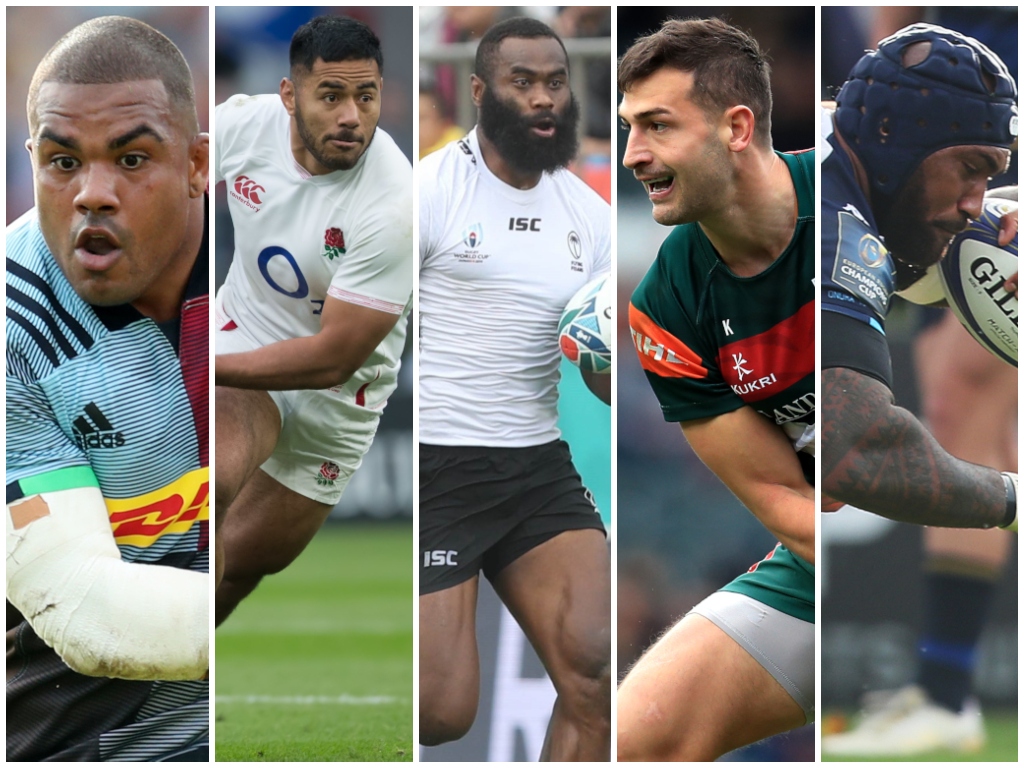 An array of box-office stars will be making their debuts for new clubs when the Premiership resumes this weekend and this feature looks at some of the best additions.

Possesses all the classic Fijian attributes – speed, strength, a wicked step and offload game – and is duly capable of doing the unexpected to devastating effect. Expect him to cause havoc to defences by popping up across the field. Radradra also reads the game superbly and could well propel Bristol to Premiership glory if his performances for both club and country are anything to go by. Alongside the similarly devastating Charles Piutau, those two in tandem could wreak havoc.

One of England’s most exciting players despite filling the hard-grafting position of tighthead. The fiery Lions front-row’s set-piece play has improved markedly since his Test debut in 2016, but it is his athleticism and skill that set him apart. With 36-year-old tighthead John Afoa still going strong, Bristol now have superb depth in the front-row. Those two should dovetail excellently and bolster an already strong Bears squad.

A signing that could prove the difference in Sale’s push for the Premiership title, Tuilagi will add additional ball-carrying might to a team already possessing formidable power. Sharks director of rugby Steve Diamond has already eulogised over the England centre and Tuilagi should enjoy playing behind a pack which is often in the ascendancy. The Greater Manchester outfit also have a number of talented options to partner the 29-year-old, whether it be the gargantuan Rohan Janse van Rensburg, the all-court games of Sam Hill and Luke James or the creativity of Luke’s older brother, Sam.

Another high-profile Tiger to leave Welford Road during lockdown, May returns to his first and only other club as the most lethal wing in English rugby. Eddie Jones’ guidance has propelled him into a world-class player, which has seen him add a solid defensive game to his explosive pace and superb finishing ability. The 56-times capped speedster is now very solid under the high ball, reads the play well and knows how to get involved in the match effectively, even when opportunities appear limited.

A 6ft 5ins, 19-stone frame has earned comparisons with Jonah Lomu and the well-travelled Fijian will add punch to a backline that has been depowered by Tuilagi’s departure. A high-profile signing who can kick goals as well as flatten opponents. After the Tigers’ struggles prior to the lockdown, Leicester fans will hope that Nadolo has the same impact he had at Montpellier and the Crusaders. He struck fear into opponents in the Top 14 and Super Rugby, and Premiership players will enjoy trying to tackle the powerhouse back.