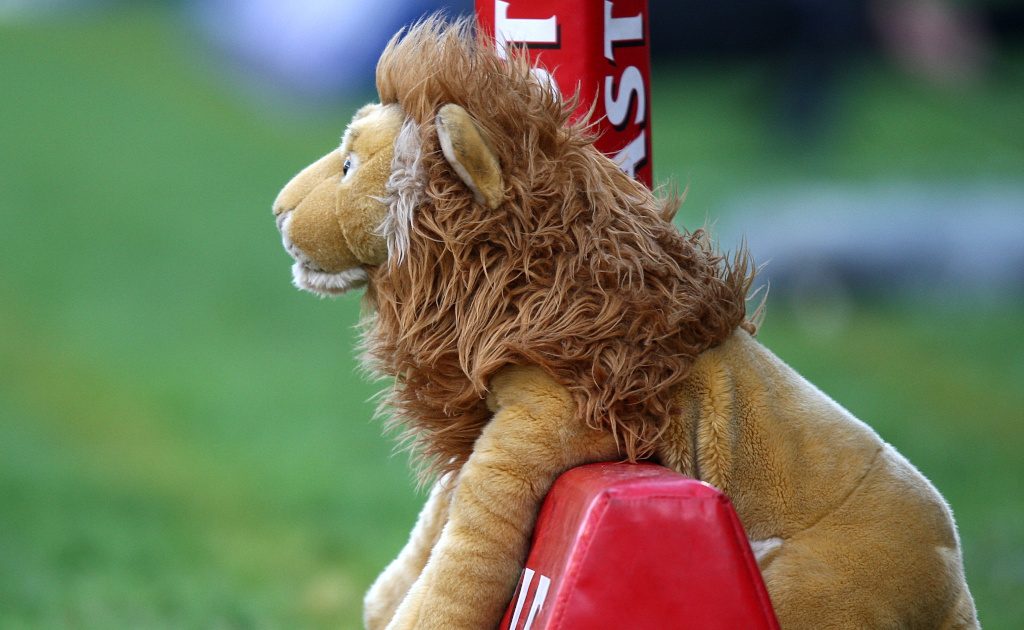 Ahead of the 2021 British and Irish Lions tour, Planet Rugby features writer James While looks at the lessons the squad must learn from 2009 in South Africa.

In 2009, South Africa held the majority of their big Test stars back from the provincial games. The British and Irish Lions went into the series with a degree of false confidence, winning six from six and running up 225 points to 93 conceded. At the 2021 inaugural press conference, Alun Wyn Jones commented to Planet Rugby that he felt that the Lions had gone in somewhat untested physically and the step up from provincial to international rugby was absolutely quantum when they played the first Test in Durban.

Above all, it’s key that the training replicates the intensity and physicality they’ll meet when they step up to face the Springboks, and during the provincial games, they absolutely use their opportunities to raise the tempo of the rugby to the highest level possible. The fact Jones and his management team have already identified this is warming – the fact that the skipper and the head coach have been exactly here before, against the same opposition in the same series, will hold them in great stead for the future.

Many forget that the Lions’ stand out player in 2009 was the wonderfully skilled and brave Leinster full-back, Rob Kearney. Whilst not an original Test starter, he replaced Lee Byrne after 37 minutes of the first Test and went on the deliver some stellar performances in the next two matches, on the Highveld of Pretoria and Johannesburg.

It might surprise some that, despite the talent South Africa have in their back three, with Cheslin Kolbe fast becoming a world superstar on the right wing, that the Lions may just have an edge in this department. Four of the Lions’ back-three candidates, Stuart Hogg, Liam Williams, Anthony Watson and Elliot Daly, are seasoned Test full-backs, all possessing siege gun boots and all very capable under the high ball.

Playing at altitude is different gravy; the light is brighter, the air is thinner, the ball lands on you a second sooner, the spiral bombs go 10 metres higher and field kicks go 10 metres further. With a likely Test starting unit of Williams, Watson and Hogg, the Lions are well placed to exploit the thinner air and it might just be that a perceived weakness could be turned in to a game changing superpower.

In South Africa, the 130kg prop forward is a god amongst men. The Saffer on the street hasn’t a lot of time for fancy dan switch moves in the backline but ask them about tighthead vectors and loosehead pressure and you’ll get a download of opinion supported by unwavering belief and a huge appetite to see the big men pulverise each other up front all day.

Many will point to Phil Vickery’s struggle in Durban in 2009, but a scrummage is a unit, and he wasn’t aided that day by the selection of the tiny Lee Mears at hooker against the behemoth Bismarck du Plessis and Gethin Jenkins at loosehead – who, whilst an admirable all round player, was never the most powerful in the tight contests and got schooled by John Smit.

The Lions have, at best, adequacy at tighthead, with Tadhg Furlong an able scrummager, supported by Zander Fagerson and Kyle Sinckler. The hookers are all world class, but the best technician must start and that will be decided on form. However, over on the loosehead, the Lions must box clever; they’ve selected only one real world class scrummager in Rory Sutherland, opting for mobility in the shape of Wyn Jones and Mako Vunipola in support, neither of whom would be classified as anything more than ‘adequate’ at scrum time and that remains a huge concern for most students of the sport.

But make no doubt about it, South Africa is about eight-man power scrummaging and as much as the props, balance at flank and lock is essential. The Lions will learn from the Rugby World Cup Final, where 120kgs of Pieter-Steph du Toit met 100kgs of Tom Curry in support of their respective props in the first scrum of the game, and the overall selection of the Lions eight will be crucial to prevent a repeat of Durban 2009.

The 2021 Lions will be under a new pressure during their sojourn to South Africa, one created by the monotony and boredom of Covid bubbles. They will be in each other’s pockets 24/7 with public circulation almost impossible due the protocols put in place.

It’s clear from Warren Gatland’s selections that character has counted for as much as form and ability in his thinking, and he’s well aware that he needs to create the closest knit environment of all of his four British and Irish Lions tours. Players, such as Joe Marler and Billy Vunipola, that have question marks over their ability to fit into that teamship have been discarded in favour of those that contribute to a positive off-field environment and the backroom staff will be eager to ensure harmony prevails throughout the squad.

But whilst this is a new challenge, the knowledge garnered in 2009 will be invaluable; just knowing where to go for a quiet day, the likelihood of certain challenges of the various cities and so on will be essential to enhance those ‘time off’ moments, as will the captain’s instinct about men he’s played against for the last 13 years of his life. Don’t underestimate how important the non-rugby side is – a happy team is a performing team.

At the first press conference of the 2021 British and Irish Lions series, Planet Rugby asked captain Jones what would be the single key point he’d take from 2009 to 2021? He replied, “the need to hit for first 20 minutes of the first Test hot”.

It really expands the point we made earlier in this piece about provincial form, but Jones believes those formative first 20 in Cape Town on July 24 will be the most intense minutes of any player’s career on the tour.

Jones went on to explain “the sheer power and pace of that first quarter almost blew us away. We didn’t expect anything quite like the intensity we experienced and we were really quite rocked by those 20 minutes.”

It’s not only about that initial encounter – it’s also about maintaining legal intensity throughout the game and not allowing any drop off of the formative standards.

Sir Ian McGeechan once said in 1997: “Play rugby with fire in your belly but your head in the fridge.”

The first Test sums that need up completely and the Lions will be thinking of little else from now until then.