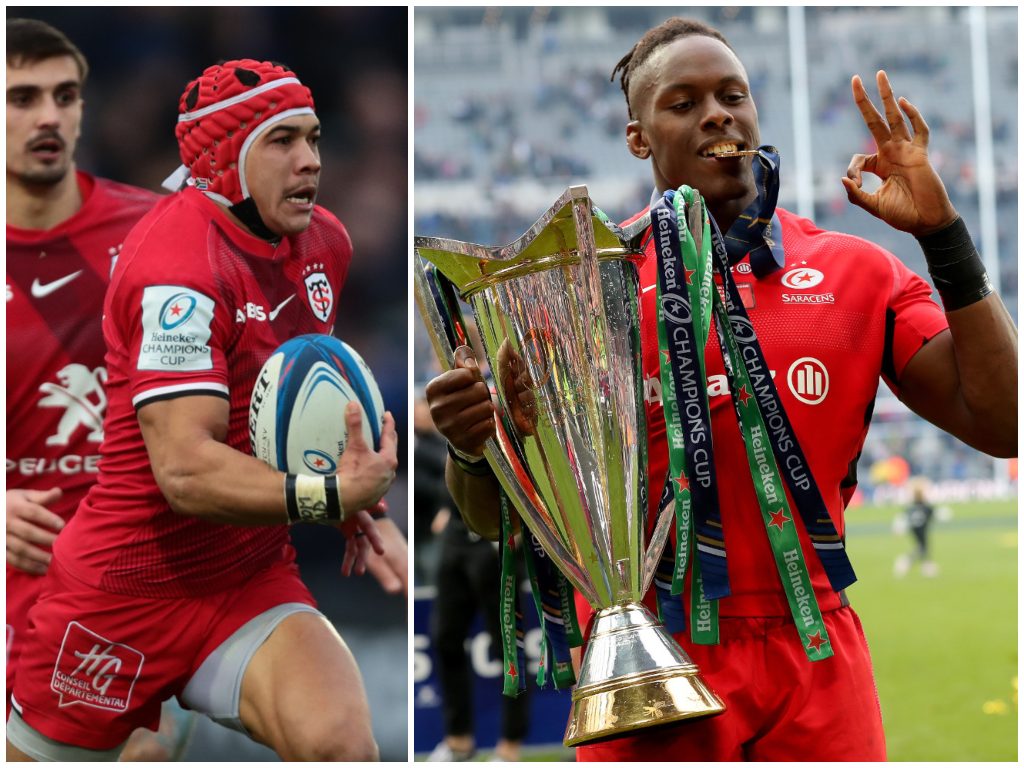 With the 2019/20 Champions Cup kicking off this weekend, we give our verdict on which teams will be in the hunt for the coveted silverware.

We are expecting a backlash from the two Irish giants in Europe this season after what was another disappointing Rugby World Cup campaign. Despite being without a whole host of international stars during the early-season, both Leinster and Munster are flying high in the PRO14, with the former having won all six of their games thus far to top Conference A while Munster have come out on top in five of their matches.

Leinster find themselves in the same pool as dark horses Lyon and a dangerous Northampton Saints side, with Benetton deemed the also rans. Indeed, the aforementioned trio are all enjoying excellent starts to the 2019/20 season with Lyon top of the pile in France after winning eight of their first nine games. Northampton were unbeaten before last weekend’s loss at Bath so also can’t be taken lightly by Leinster.

But it’s going to take something special to topple Leo Cullen’s outfit at the summit of this pool as with a full team to choose from, few can match their combination of power, dynamism and ruthlessness both with and without the ball. They’ll be there or thereabouts yet again.

Who’s your money on for this year?? 👀 pic.twitter.com/H4Lals5v2e

Despite their off-field concerns at the moment and their director of rugby, Mark McCall, going on record to say they would be prioritising the Premiership over this competition in 2019/20, we find it hard to believe that Saracens won’t threaten to seal a fourth European title.

They have the squad to compete on both fronts and even with a possible points deduction in the top flight of English rugby, we still think they will achieve survival. If that looks probable with the pool stages drawing to a close then it will be business as usual for this team who have proven in recent seasons that they are serial winners. Racing 92 and Munster will, however, be difficult opponents in their pool.

On paper though Saracens are brimming with talent as they have added England back Elliot Daly and promising Wales prop Rhys Carré to their squad for 2019/20. This group of players are surely too good to falter at the pool stage and if they make the knockouts then Saracens will be the team to avoid in the Champions Cup. They will not be popular at rival grounds though and must accept their villain tag.

The three-time runners-up in this competition were not involved last season as a poor Top 14 term in 2017/18 saw them spend a campaign in the Challenge Cup. That ended in success, however, as they lifted the trophy in Newcastle courtesy of a 36-16 win over La Rochelle, which preceded another final outing in the Top 14. Unfortunately that resulted in defeat to Toulouse but on the whole it was a positive season.

Building on that will be the message from head coach Franck Azéma and he has the team to push hard for a first ever Champions Cup triumph. Backline stars such as Damian Penaud and Alivereti Raka will hurt their rivals at will while there’s cool, experienced heads at half-back. Peceli Yato and Fritz Lee are two superb back-row talents up front too, as Clermont should have too much for Bath, Harlequins and Ulster.

The big question mark remains, however, surrounding their ability to get over the finish line when a trophy is at stake. Yes, last season they silenced some doubters with that Challenge Cup success but it’s going to take more than that to banish the ghosts of previous finals.

This try, in the Rugby World Cup final, was sensational from Cheslin Kolbe. pic.twitter.com/DXZFGG3DTz

The Top 14 champions were knocked out of last year’s Champions Cup at the semi-final stage by Leinster but remain very much on an upward curve in their rugby trajectory. Under the guidance of Ugo Mola and with a whole host of France internationals coming back into their XV, they should swiftly return to their exhilarating form of last season after what has been a somewhat tough start to the 2019/20 campaign.

Their backline is a thing of beauty as they can choose from the likes of Antoine Dupont, Romain Ntamack, Thomas Ramos, Pita Ahki, Sofiane Guitoune, Yoann Huget, Maxime Médard and of course recent Rugby World Cup star Cheslin Kolbe, with more in reserve. There is also quality aplenty up front as Rory Arnold arrives to bolster the pack so expect them to see off Connacht, Gloucester and Montpellier in their pool.

It has been no fluke that France’s improvement in form has coincided with Toulouse’s return to the top of the European heights and another strong club campaign will no doubt bear fruit on the international scene. Don’t be surprised if Toulouse and France enjoy excellent years.

1 point down, 15 minutes to go and a 24-game unbeaten home record on the line…#MondayMotivation, brought to you by the unstoppable Andrew Conway!#MUNvULS #SUAF 🔴 pic.twitter.com/npGL8f1mUs

As mentioned in our Leinster section, it has been a hugely promising opening to the PRO14 campaign from Munster and with their love affair with this European competition undeniable, we expect them to once again be a force in the Champions Cup under head coach Johann van Graan.

While on the field they look a threat, there is also a strong look to their coaching team as Stephen Larkham and Graham Rowntree arrive in real marquee signings. Looking to build on the foundations laid by Bok mastermind Rassie Erasmsus, Munster are going in the right direction.

Of course getting out of a pool that contains Saracens and Racing 92 will be hard but there’s a real unity and drive in this Munster squad, typified by one of the most honest players in the game, Andrew Conway, who turns in workmanlike showings week after week in the red jersey. A fully fit Chris Cloete will also boost their chances in what’s a fascinating Pool 4 tussle that could well provide the tournament winner.