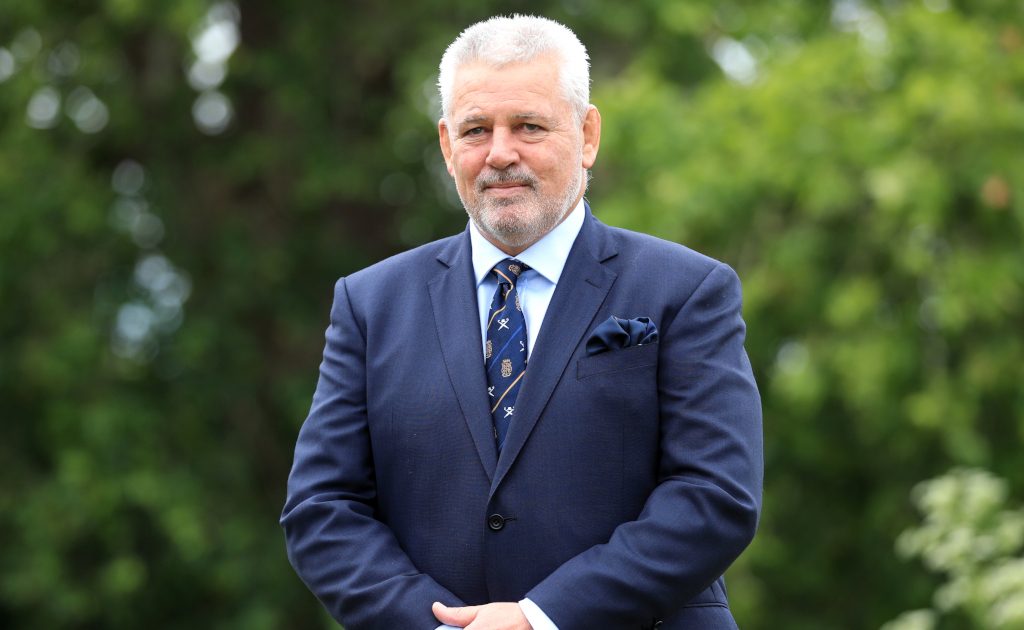 After two years of speculation, the final 37-man squad to represent the British and Irish Lions was named, with some big shocks both in terms of those omitted and those selected.

Few predicted the selection of Chris Harris, Bundee Aki and Elliot Daly and even fewer foresaw the omissions of Kyle Sinckler, Johnny Sexton and James Ryan.

However, the one thing that Warren Gatland’s squad has is focus; focus on power in the centre, pace on the wings, legality at scrum-time and power in the pack, something the head coach was keen to point out that his squad was picked on a horses for courses approach.

“A selection for New Zealand or Australia may have been very different,” he told Planet Rugby.

“With Wales, at the end of my stint we’d worked out a good formula for when we played them (South Africa), with focus on the set-piece and the kicking game.”

“We need to put them under pressure early; above all last time we learned that we went in with an old sense of where we were before the Tests. We won’t be doing that in 2021 and have picked horses for courses,” he noted.

Let’s examine the units and consider the thinking behind the selections.

It came as no big surprise to hear that the world’s most capped rugby player, Alun Wyn Jones, would make his fourth Lions trip and his second sojourn to the physical world of South Africa.

Jones confessed he wasn’t around to take the call from his long-time coach and mentor, Gatland, but had an idea of the subject matter when it came.

“I was in the garden without my phone when he called, doing my spinning to get the old legs moving,” he joked.

“Gats left a message saying ‘give us a call back when you get this’ and I had a fair idea why he wanted to speak! When I called back, he said simply ‘I want you to lead the Lions’. It took me a moment to respond but the answer was easy.”

🗣️ “We believe we’ve picked a squad capable of winning a Test series in South Africa.”

Jones made his Lions debut some 12 years ago as the youngest player on the 2009 tour. He believes that experience will be essential as he looks to overturn the result of his last trip and he took time to outline some of the learning from that defeat.

“We were a little green going into those Tests,” he admitted.

“We were really slow out of the blocks and it’s essential to get a hot start this time. The Test matches and Test players were unfamiliar to us as we didn’t face those players in the build-up. We have to understand this is a mini-season now, with mini milestones and it’s essential that we take every opportunity we can and understand the step up the Tests will require,” Jones commented.

“There’s double figures in terms of leadership candidates in the squad. Maro (Itoje) is a standout performer in that regard alongside others and their support will be crucial to me.”

“The off-field (in bubbles due to Covid) will be crucial too, but we need to let that develop naturally and not force it, and that will be a crucial factor. I think someone has already bought a virtual darts game, so the plans are in place,” he smiled.

“I have to tell the kids I’m going to work now. They are young but used to seeing me in a red shirt and I am sure they think I play for Manchester United or something, but with Facetime and Zoom, it’ll be a lot easier to stay in touch with them this time and I’m thankful for that,” concluded the Lions great, who may yet still define a stellar career on this tour, his swansong in that famous red shirt of the British and Irish Lions.

The big surprise here is the omission of Jonny May and the inclusion of Daly to augment the strength in depth the back three possesses.

The selection of Daly has surprised some, but to the Lions management he was always going to be a crucial component of the team. Skills coach Neil Jenkins explained that the Saracen was a point of difference on the 2017 Lions tour.

“His kick in the third Test in New Zealand was ultimately the score which ensured the draw,” he commented. “It was something like 61 metres or 62 metres and if you consider there’s two Tests at altitude, he’ll be vital for us.

🦁 With the squad confirmed we took a stab at naming the Test side.

✍️ Our #LionsRugby 23 for the first Test against South Africa. 👇 https://t.co/dbhl5bIwL5

“He also has all the skills to operate at 13 where he’s played many times in club rugby and a few times in Tests, with a great understanding of the kicking options and playing the game in the right areas, something that’s going to be crucial for us,” Jenkins concluded.

Jones himself commented earlier that he’d be reaching out to 20-year-old Welsh flyer Louis Rees-Zammit to stress the opportunity he has as a Lion, but also jokingly, to remind him to “take a leash with him” to ensure the security of ‘Bill’, the Lions mascot, a custodial duty which traditionally falls to the youngest player on tour.

Some big surprises here, with the omission of Jonathan Davies, Henry Slade and Sexton, but in their place, we see Harris, Aki and Finn Russell selected.

Looking back at the overall squad, these selections are in keeping with the focus on physicality or pace as points of difference, with the big centres noted for crushing defence and Russell for his impish skills and gas.

Gatland was keen to stress that Sexton could feel a little unlucky, but that player management was at the nub of his bold choices.

“Johnny was very unlucky and has been a great Lion but there’s points of difference in our 10s,” he noted.

“Finn Russell’s game management and kicking has improved significantly, as evidenced in Paris. We understand him and he needs backing, and it’s important for me to give him clarity in the message that we back him.

On Aki and Harris, both Jenkins and Gatland were at pains to point out their defensive abilities, with Aki’s power on the gainline in the England game a month ago certainly aiding the selection process.

A day ago, not one pundit would have left England’s Sinckler out of the Lions squad, but in a land where the scrummage is almost a religious ritual, Gatland believes that, whilst Sinckler in unlucky, scrummage legality is a key consideration for the series ahead.

“There’s a number of players who’ve been unlucky and I don’t want to focus on that, but Kyle was certainly one of those – a tough call,” he acknowledged.

“Scotland and Zander (Fagerson) had the lowest scrum penalty count in the Six Nations this year and the best record in completed scrums. Andrew Porter (although predominantly a tighthead) covers both sides of the scrum and that might prove invaluable, but yes, Kyle has been unlucky,” admitted Gatland.

😲 The 28-year-old's exclusion was arguably the biggest shock.

🦁 A look at five Lions squad omissions that left us stunned. 👇

With the hookers almost selecting themselves, Rory Sutherland, a member of that dominant Scottish trio, Wales’ Wyn Jones and England’s Mako Vunipola will all offer a blend of qualities, Sutherland providing the power, with both Jones and Vunipola offering points of difference around the pitch.

It seems quite a shock to see the omission of nailed-on fans favourites such as Jonny Gray and Ryan, but in a country that breeds the biggest of big men, there’s no better enforcer or lineout exponent than the huge frame of Jonny Hill, who makes his first Lions tour. Iain Henderson’s spiky physicality sees him make a second campaign and he joins Hill, Itoje and Jones, with Tadhg Beirne covering both lock and blindside.

In the back-row, Gatland admitted than Courtney Lawes was the ’37th’ player, due to the need to have big, fresh flankers available and fit for the demanding schedule, with the added bonus of him being able to stand in at lock in an emergency or a replacement situation, but stressed he’d been selected as a flank primarily.

However, the biggest news of the day was the selection of the electric Exeter number eight, Sam Simmonds, a man that’s been surprisingly surplus to England requirements this season, but a player that Gatland is relishing working with.

“Looking at the way South Africa play, if you carry into them, they eat you,” he quipped.

“Sam has quick feet and power and he’s able to go around you and is a huge running option. His speed allows him to run from the centres off the back of lineout ball and he’s a real point of difference for us,” he confirmed.

Simmonds joins fellow England flanks, Tom Curry and Lawes, with Hamish Watson, Taulupe Faletau, Justin Tipuric and another bolter, the powerful Leinsterman Jack Conan, to complete a back-row selection that offers pace, power and presence in equal measure, ensuring choice and adaptability for the Lions, two cornerstones of the selection of this group of players.